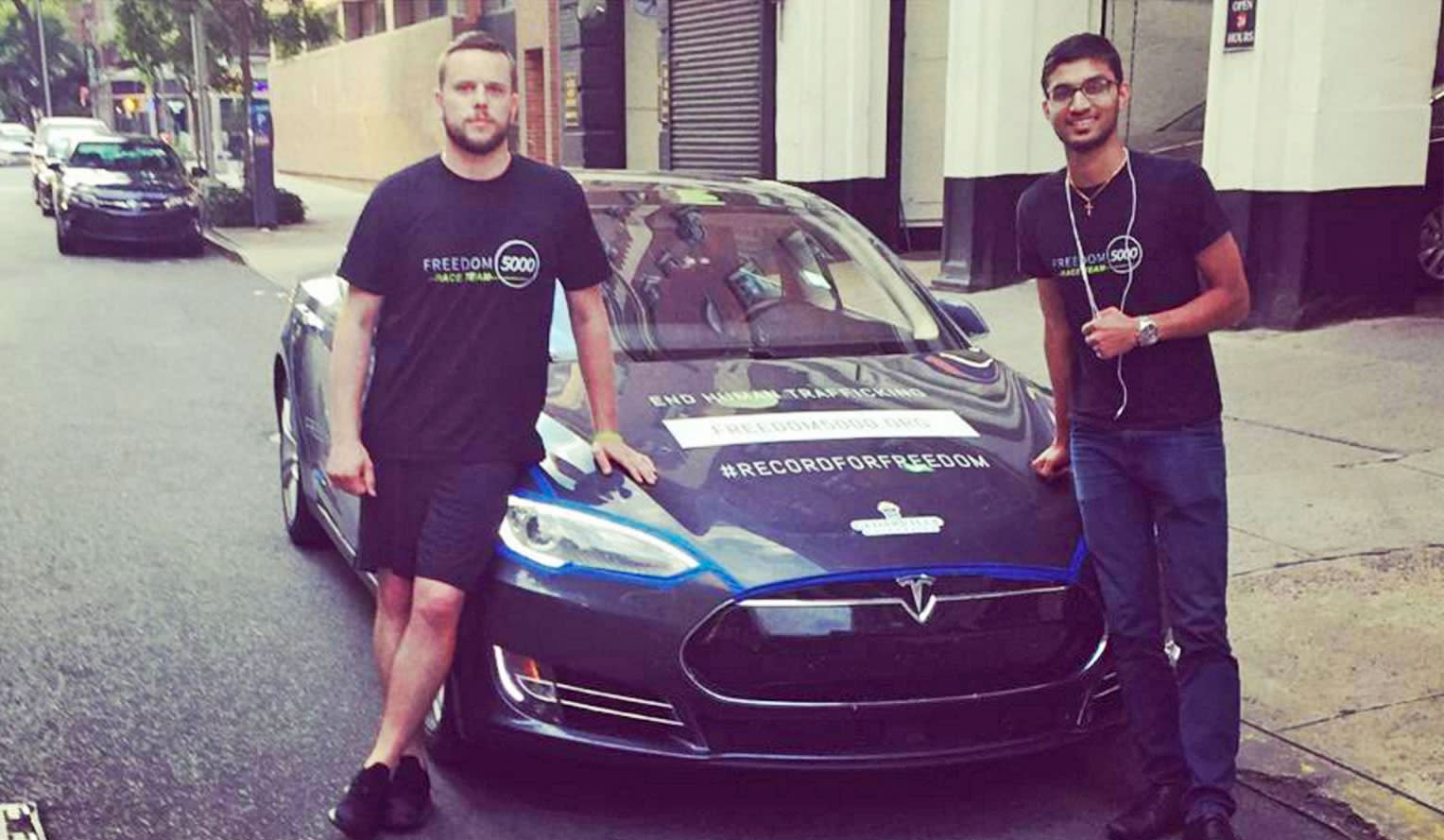 It's relatively easy to drive from one end of the US to the other in an electric car now that there are enough charging stations. But driving quickly across the country is another matter -- and that makes the recent achievement of Bradly D'Souza and Jordan Hart all the more impressive. As part of an awareness campaign to end human trafficking, the two friends have broken the record for the fastest coast-to-coast drive in an electric car. They set out from Los Angeles on July 1st and arrived in New York City 51 hours and 47 minutes later, beating the previous best (race driver Alex Roy's 55 hours) by a comfortable margin. That's no mean feat when they both have less experience than Roy, who has completed this run more than once, and were driving a Tesla Model S 85D versus Roy's longer-ranged 90D.

D'Souza and Hart managed the record through a combination of absolute discipline and a bit of luck. They explain to The Verge that they only stopped to eat once during the trip (they otherwise subsisted on snacks) and had to maintain a rigid nap schedule to keep driving around the clock. And of course, there's the not-so-small matter of optimizing the car's range and charging opportunities. They had to know when to ignore the car's stop-and-charge recommendations, and when they could afford to invoke air conditioning without using too much battery power. Combine that monk-like discipline with an absence of traffic snarls (even in NYC) and it's not shocking that they set the record.

There's a good chance that someone else will break the record before long. A team with a 100D might arrive sooner with little effort, and faster EV chargers could easily lop hours off the travel time once compatible vehicles hit the road. The achievement still shows how far EVs have come in just a few years, though (Edmunds took nearly 68 hours in 2013), and it could easily serve as a benchmark for EV enthusiasts wanting to show how far the technology has come.

We did it! Thank you to all our donors and those that helped on the drive. Go to YouTube and search "EV Cannonball" , click the top video and watch the whole journey. #record4freedom #endhumantrafficking #cannonball #tesla #endit

In this article: electriccar, electricvehicle, ev, freedom5000, gear, models, record, record4freedom, recordforfreedom, tesla, transportation, video, hidden:vv_3x4:2276fe56-7925-3604-8e6d-c80629ffe07e
All products recommended by Engadget are selected by our editorial team, independent of our parent company. Some of our stories include affiliate links. If you buy something through one of these links, we may earn an affiliate commission.