Engineering our way from food scraps to biodegradable, airless wheels.

Looking at Michelin's new concept tire (dubbed the "Vision") is like staring at a mesmerizing painting of future wheels. The blue webbed structure looks nothing like a typical black tire, but feels just as sturdy. It also boasts a unique set of advanced environmentally friendly features. Many of these principles are already being used in existing tires, while others are still fairly abstract ideas. The Vision is a proof of concept, combining ideas old and new, and it gives us a glimpse at Michelin's plans for what it calls "sustainable mobility."

The Vision made its US debut last week, but it's not a prototype of a wheel that will hit production lines anytime soon. Instead, this is a demonstration of the features that will eventually trickle down into mass-market tires of the future.

Importantly, the Vision is both a wheel and airless tire in one. That means there is no need for inflation or rims; the entire mechanical structure is sturdy enough to support the vehicle but still flexible enough to absorb impact and pressure. Vision attaches to the vehicle via a hub connection.

Without air, the tire is no longer susceptible to nuisances (or even safety hazards) like low pressure, deflation or blowouts. Some of Michelin's existing tires, such as those designed for low-speed offroad vehicles like golf carts and construction equipment, already use similar airless structures, said Michelin's executive vice president of global R&D Terry Gettys. 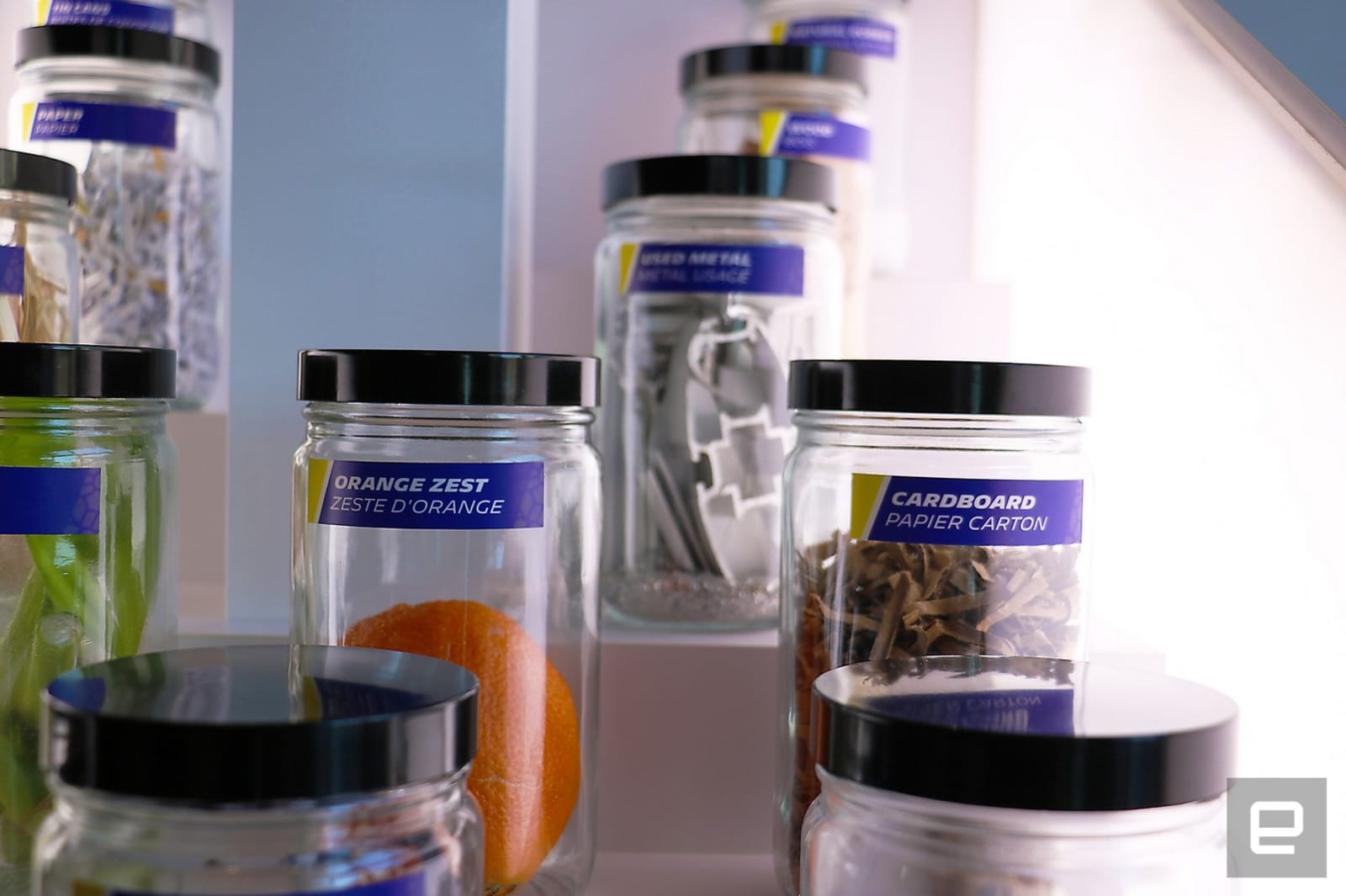 The tire itself is made of rubber compounds derived from organic, recyclable materials. The resin, for instance, is made from orange zest instead of petroleum. Gettys also cited molasses as another natural material that can be used to create synthetic elastomers. Other examples of alternative ingredients include hay, paper and metal. These concepts are possibly a decade away from becoming mainstream and in the meantime, they can't completely replace traditional materials in tire manufacturing. Instead, the components will be progressively introduced, Gettys said.

In addition to being made from biodegradable materials, the Vision is easily retreadable and can collect diagnostic information for the driver via onboard sensors. It's also stunning in a futuristic sort of way.

"The look of our concept Vision is intended to be attractive," Gettys said. "We consider it as beautiful as the nature from which it's been inspired." 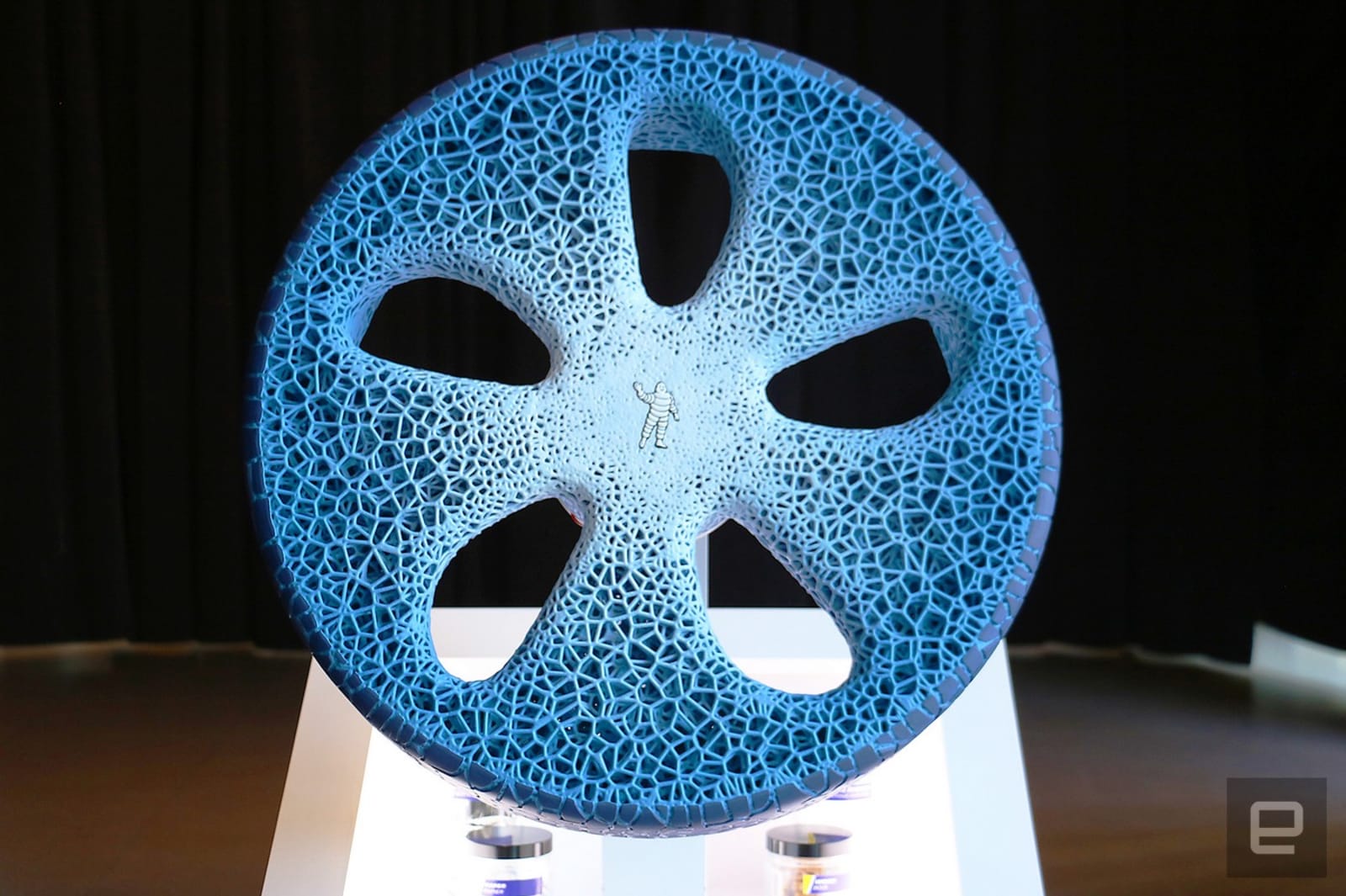 I didn't see the tire in action, but according to Gettys, the Vision also has a reloadable tread band that can also be 3D printed. In Michelin's concept for the future, you can go to a gas or weigh station to pick a new tread pattern and material and get it printed directly onto your tires. If you need a different style because you're going to a new driving environment (snow or sand, for instance), you could even get recommendations for patterns and components based on your destination.

Future tires can also carry sensors like they do today to collect data like air pressure and distance traveled and send it to drivers or fleet managers for easier diagnostics. 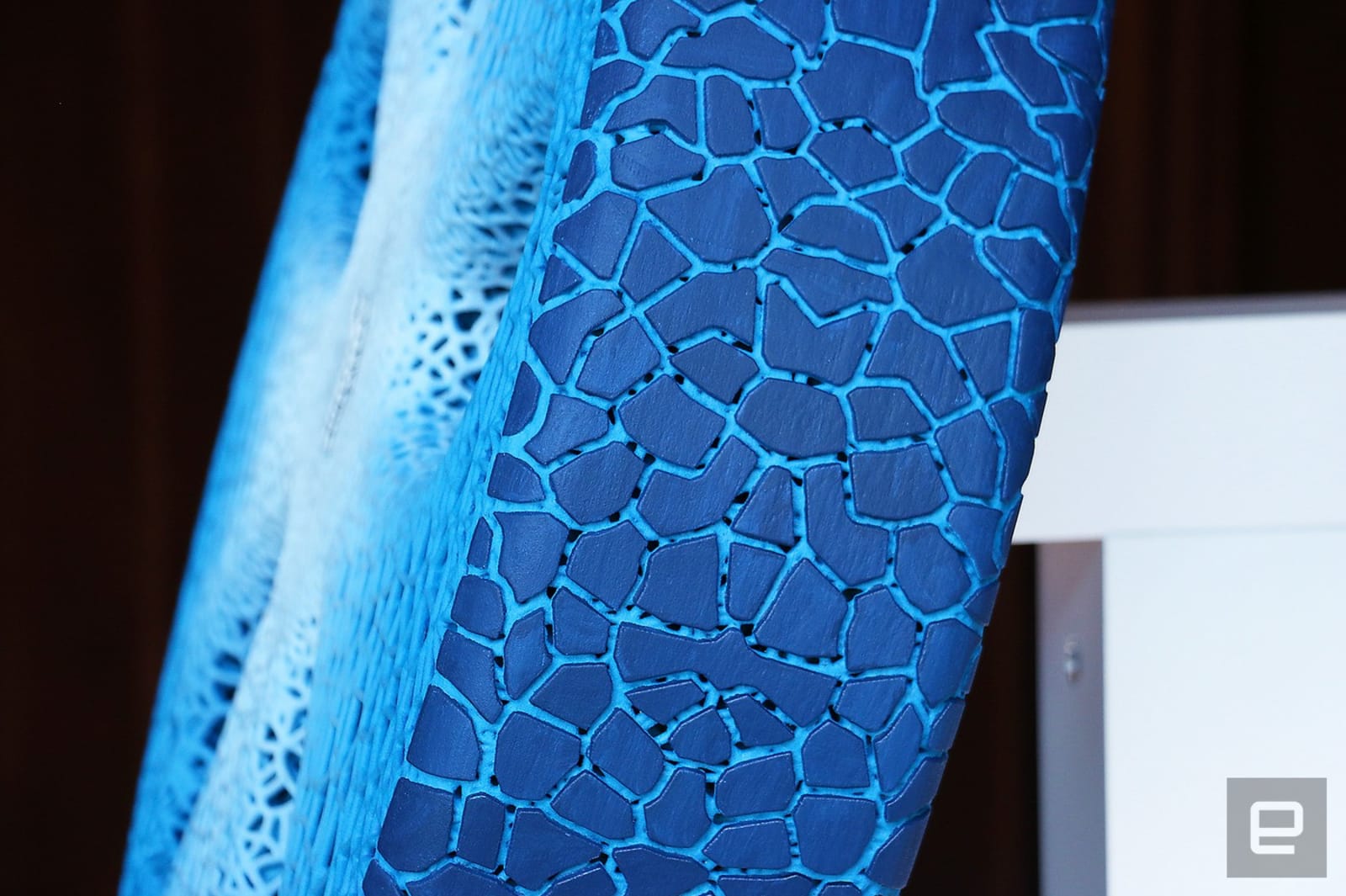 Although we won't actually see the Vision tire hit the roads in the near future, it's a promising demonstration of Michelin's plans. Gettys said these features should start trickling out over the next five to 10 years, and some may take even longer, but from what we've seen so far, the benefits could be worth the wait.