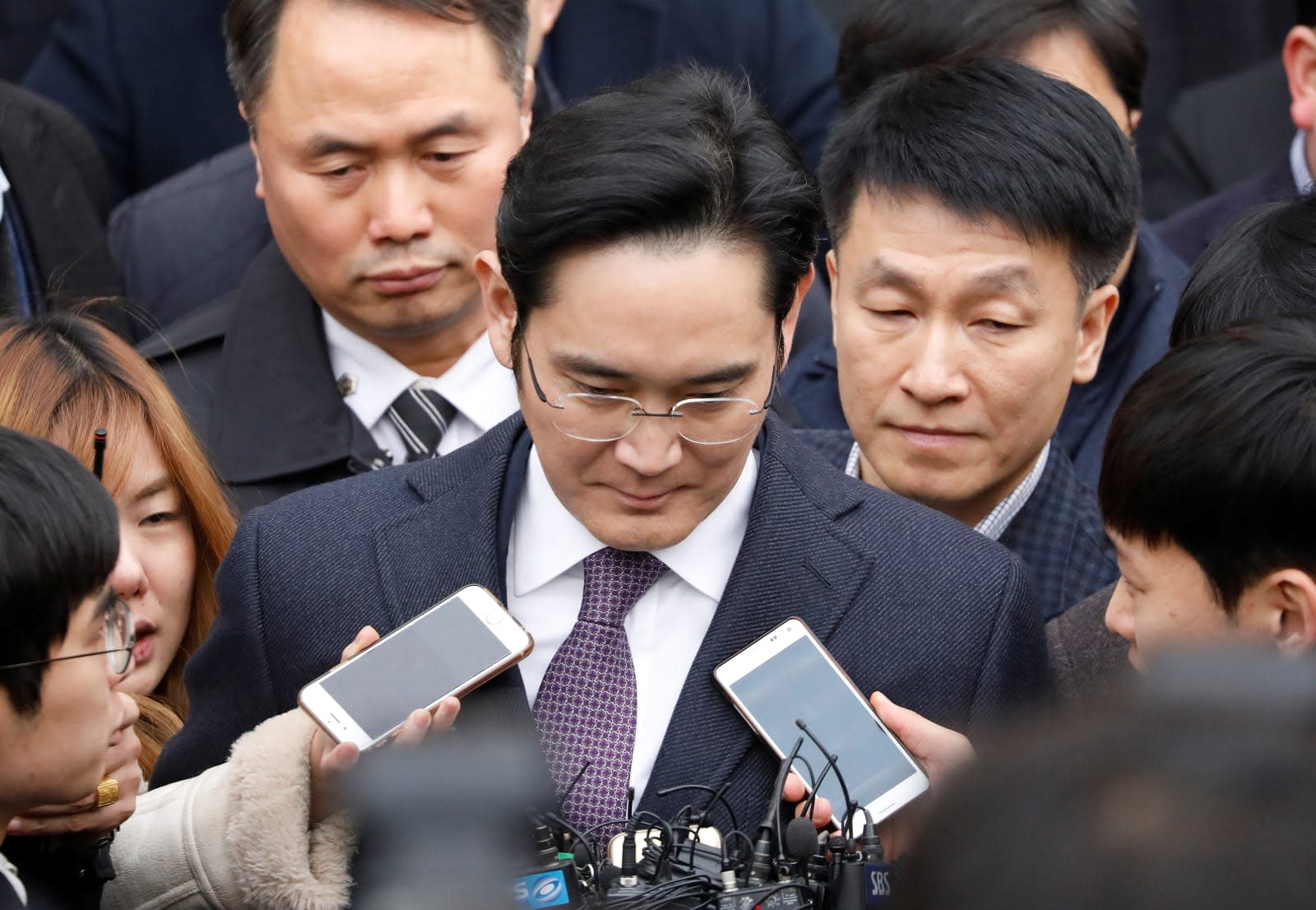 After being charged back in February (and a month's stint in jail), Samsung's acting head Lee Jae-yong could now face up to twelve further years in prison over his role in a corruption scandal that forced South Korea's president out of office. Prosecutors are looking for a heavy sentence as Samsung's involvement points to the connections and corruption between South Korea's government and its powerful (often family-controlled) companies. As The Guardian notes, Samsung's total revenues (it's not just an electronics firm), are almost a fifth of the country's GDP.

Lee is officially Samsung's vice-president but has run the company since his father, and company president, Lee Kun-hee, suffered a heart attack a few years ago. The vice-president told the court: "I have never asked anyone, including the president, for anything for the company or my personal gain."
He said the trial had been "unjust", but added that as Samsung grew bigger and more powerful, "the stricter and higher the expectations [were] from the public and society".

Lee allegedly offered $38m (£29m) in bribes to four foundations, which were setup to support then-President Park's policy initiatives. After this, Lee then allegedly moved to gain government approval for a $8 billion merger of two different Samsung companies in 2015 -- one that was opposed by many shareholders, but was passed due to support from the government's national pension fund. The court will deliver its verdict in a few weeks, on August 25th.

In this article: gear, politics, samsung
All products recommended by Engadget are selected by our editorial team, independent of our parent company. Some of our stories include affiliate links. If you buy something through one of these links, we may earn an affiliate commission.