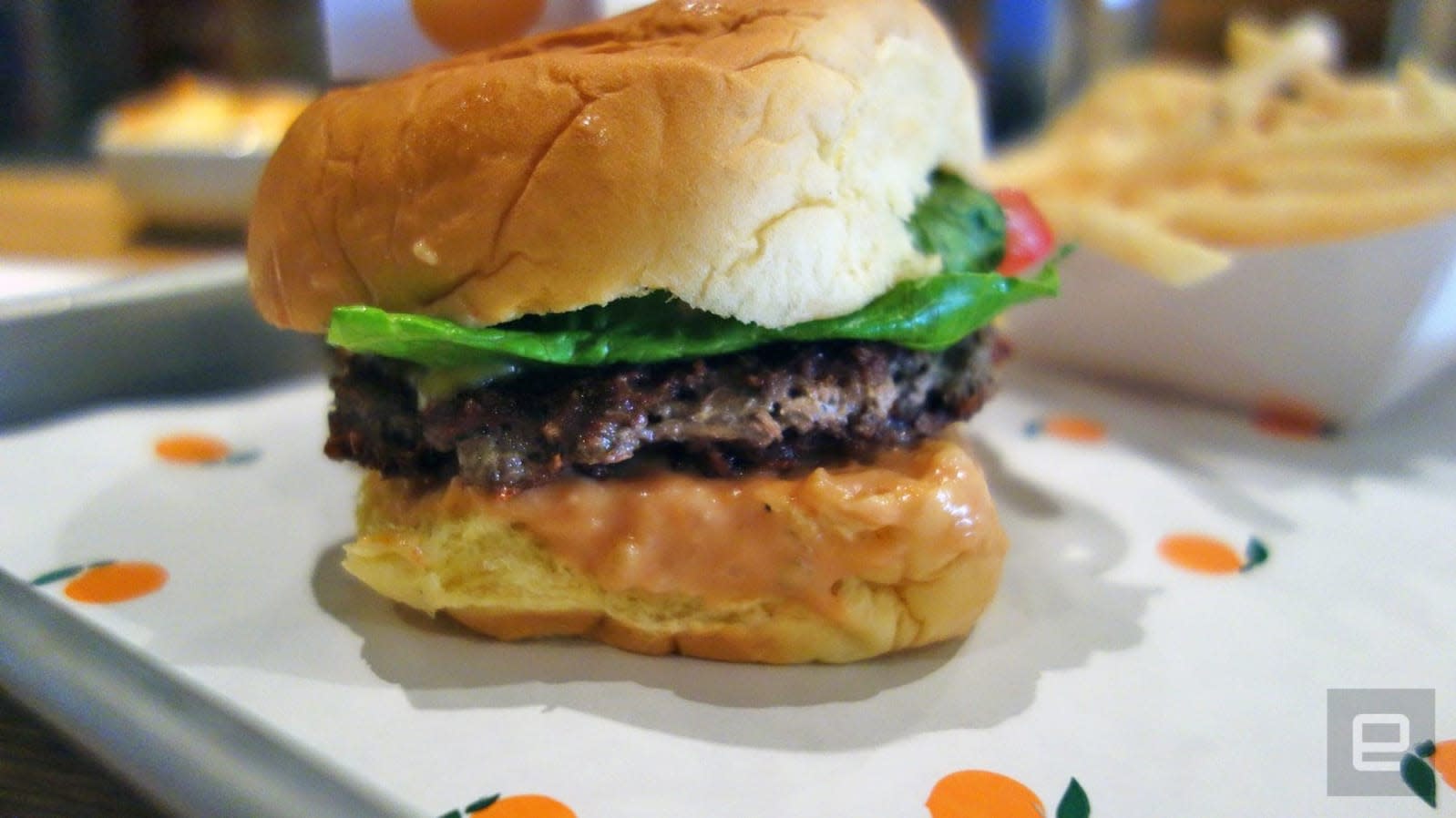 The meatless Impossible Burger has been hard to track down since it debuted last August. Its parent company Impossible Foods promised that a massive new factory would put the faux beef patties in 1,000 restaurants by the end of the year, but that rollout might get hampered by the FDA. The agency isn't sure about what's in the meat substitute: It turns out the ingredient that makes the Impossible Burger look, taste and (er) bleed like beef hasn't been consumed by humans before, and could be an allergen that potentially provokes allergic reactions.

The key element in each Impossible Burger is soy leghemoglobin, which is found at the root of soybean plants but is created in Impossible Foods' labs. The FDA is unsure that these are safe for humans to eat, according to May 2015 documents secured through a FOIA request by ETC Group. The company rejected the agency's suggestion that the core protein in soy leghemoglobin would threaten consumers and stated it "is substantially similar to proteins consumed daily by the global population, in the form of meat and other vegetables."

Not that the FDA explicitly stated Impossible Burger's ingredient was dangerous, or forbade Impossible Foods from selling its meat substitute. But the company still wants the agency to confirm that its product is safe to eat, and plans to petition the FDA again, according to The New York Times.

In this article: fda, FdaApproval, food and drink, food-and-drink, foodanddrink, ImpossibleBurger, impossiblefoods
All products recommended by Engadget are selected by our editorial team, independent of our parent company. Some of our stories include affiliate links. If you buy something through one of these links, we may earn an affiliate commission.