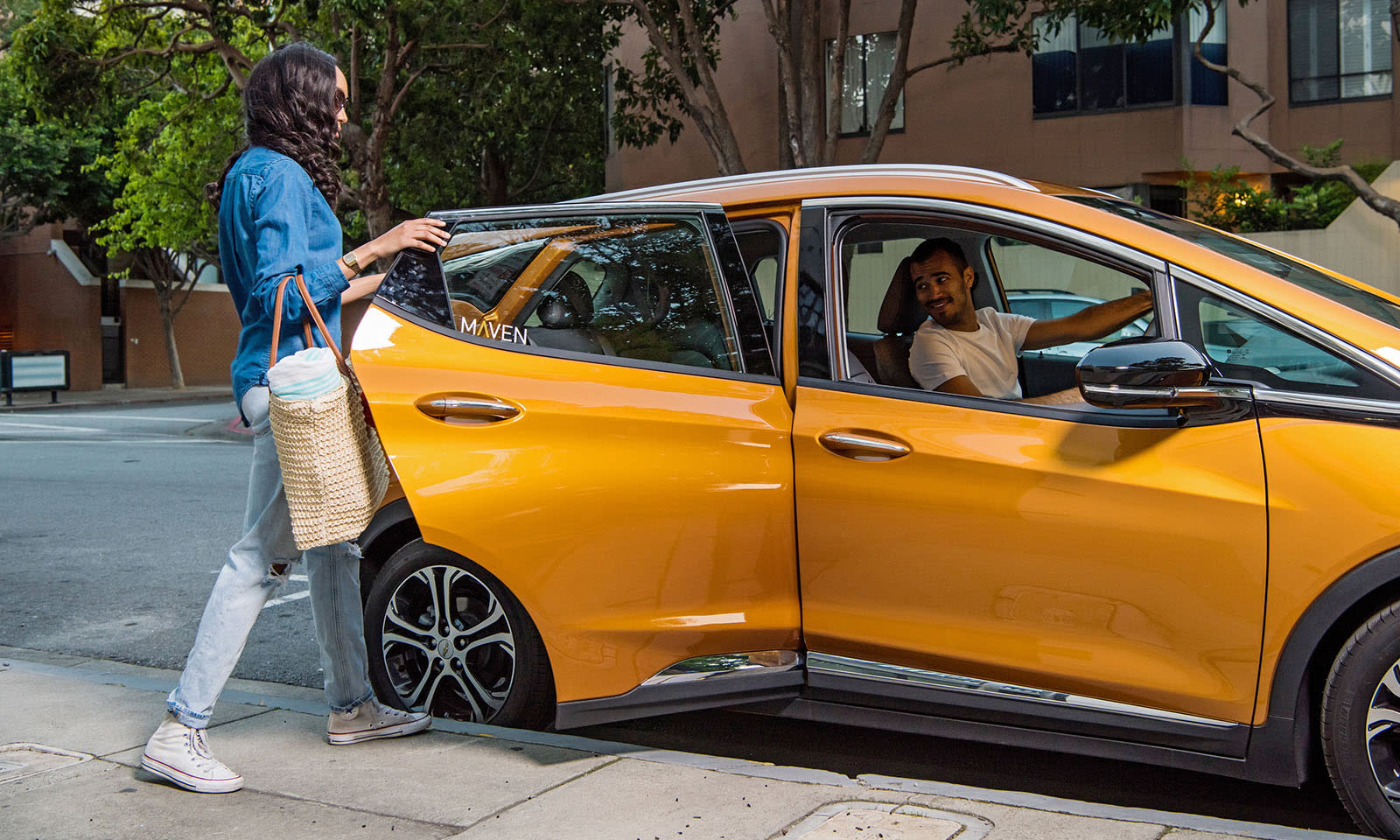 With Uber's money-losing car lease program apparently ending, GM is rushing in to fill the void with Maven Gig. The automaker announced that it's expanding from its current San Diego and San Francisco locations to other cities across the US. Starting today, you'll be able to rent vehicles like the Chevy Bolt EV and Cruze in Los Angeles, and by fall of 2017, grab one in Boston, Phoenix and Washington, DC. Baltimore and Detroit will follow soon after.

Pricing starts at $189 a week for the Cruze and runs up to $229 for the Bolt EV (plus taxes). That sounds like a lot (over $1,000 per month for the Bolt), but the price does include unlimited miles, commercial-use insurance and maintenance. That covers most of the expenses required, except gas, and you can walk away if you no longer need it. Considering that drivers earn around $14.50 per hour with Uber on average (about $580 per week), however, that doesn't leave a lot at the end.

Drivers want the Bolt EV because of cost savings as well as helping with energy and environmental goals.

Chevy says the Bolt EV is the most popular ride for Maven Gig renters, and it will be available in the new cities, with 20 available in Boston to start with. "We are committed to bringing Bolt EVs to all Maven Gig markets," says GM's Rachel Bhattacharya. "Drivers want the Bolt EV because of cost savings as well as helping with energy and environmental goals."

Indeed, since electricity is a lot cheaper than gas, the Bolt may be the cheapest way to do ride-sharing. The only problem is the 238 mile range, which could limit the number of hours drivers work -- a typical taxi drives about 250-300 miles per day in New York City, for instance (70,000 miles per year).

Chevy points out that the cars can be used for hauling restaurant or grocery deliveries as well as passengers. As such, it recently teamed with HopSkipDrive, a ride service for when parents can't drive their kids themselves, as well as GrubHub, Instacart and Roadie.

GM is bullish on the gig economy, but Uber, for one, has seen recently drivers leaving in droves, according to analytics outfit Apptopia -- in part due to lower rates of pay. If they're using GM's Maven Gig rental service, however, they'll at least be able to make a clean break.

In this article: CarRental, gear, GM, Grub, Instacart, Lyft, MavenGig, Nationwide, transportation, Uber
All products recommended by Engadget are selected by our editorial team, independent of our parent company. Some of our stories include affiliate links. If you buy something through one of these links, we may earn an affiliate commission.