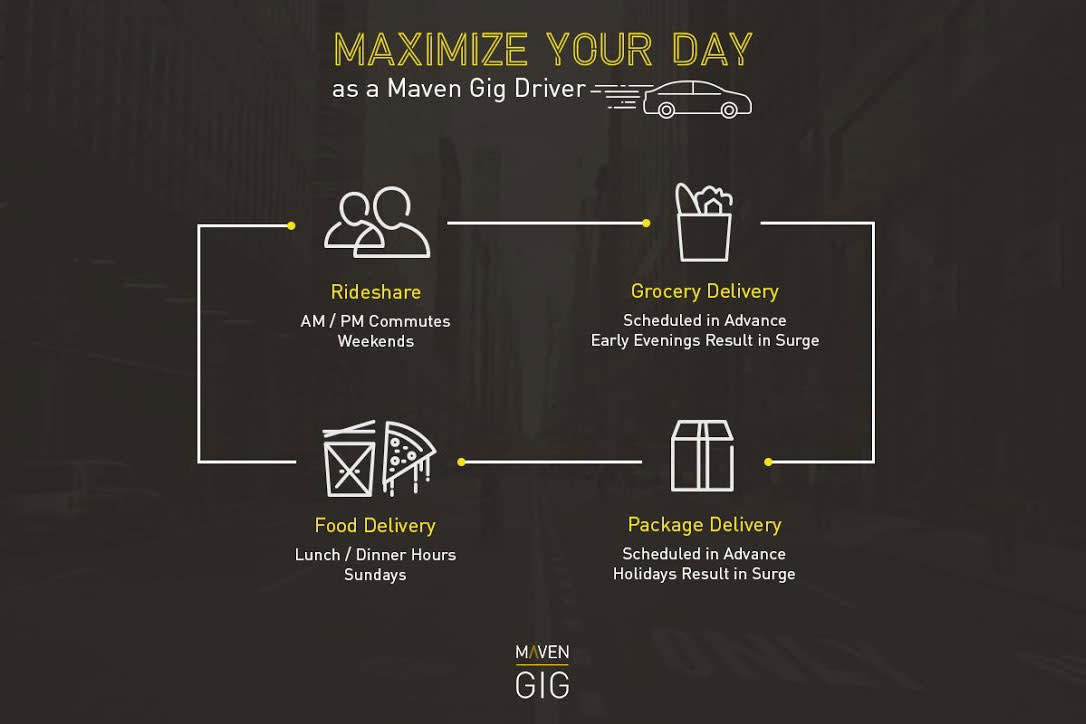 Maven, General Motors' Zipcar-style service, is expanding to grease the wheels of the despair-inducing gig economy. Maven Gig lets you rent a vehicle for, say, a week at a time, specifically as a way of making money on the "freelance mobility economy." Specifically, if you pay $229, you'll take control of a Chevy Bolt for a week so you can live your dream of working for Uber, Lyft, Instacart, Rodie and GrubHub.

GM explains that the service is designed for folks who want to "get their side hustle on" but don't have a car, or one good enough for Uber. The company believes that 43 percent of America's workforce will be "made up of workers who freelance." In addition, Maven has already provided vehicles for ride sharing operations in 11 areas, apparently covering 9.3 million miles.

For GM, the move will help to get the Bolt into more markets and fleets as it looks to woo the world with its electric car. Not to mention that it's already doing a similar job leasing other Chevy vehicles to Uber and Lyft drivers. Unlike those deals, you're working directly with GM and renting a universal platform for the gig economy rather than, jumping into bed with just Uber.

Maven Gig will launch in San Diego right now, and is expected to include San Francisco and Los Angeles by the end of 2017.

In this article: ChevyBolt, ChevyBoltEV, gear, GeneralMotors, GM, Maven, services, transportation
All products recommended by Engadget are selected by our editorial team, independent of our parent company. Some of our stories include affiliate links. If you buy something through one of these links, we may earn an affiliate commission.