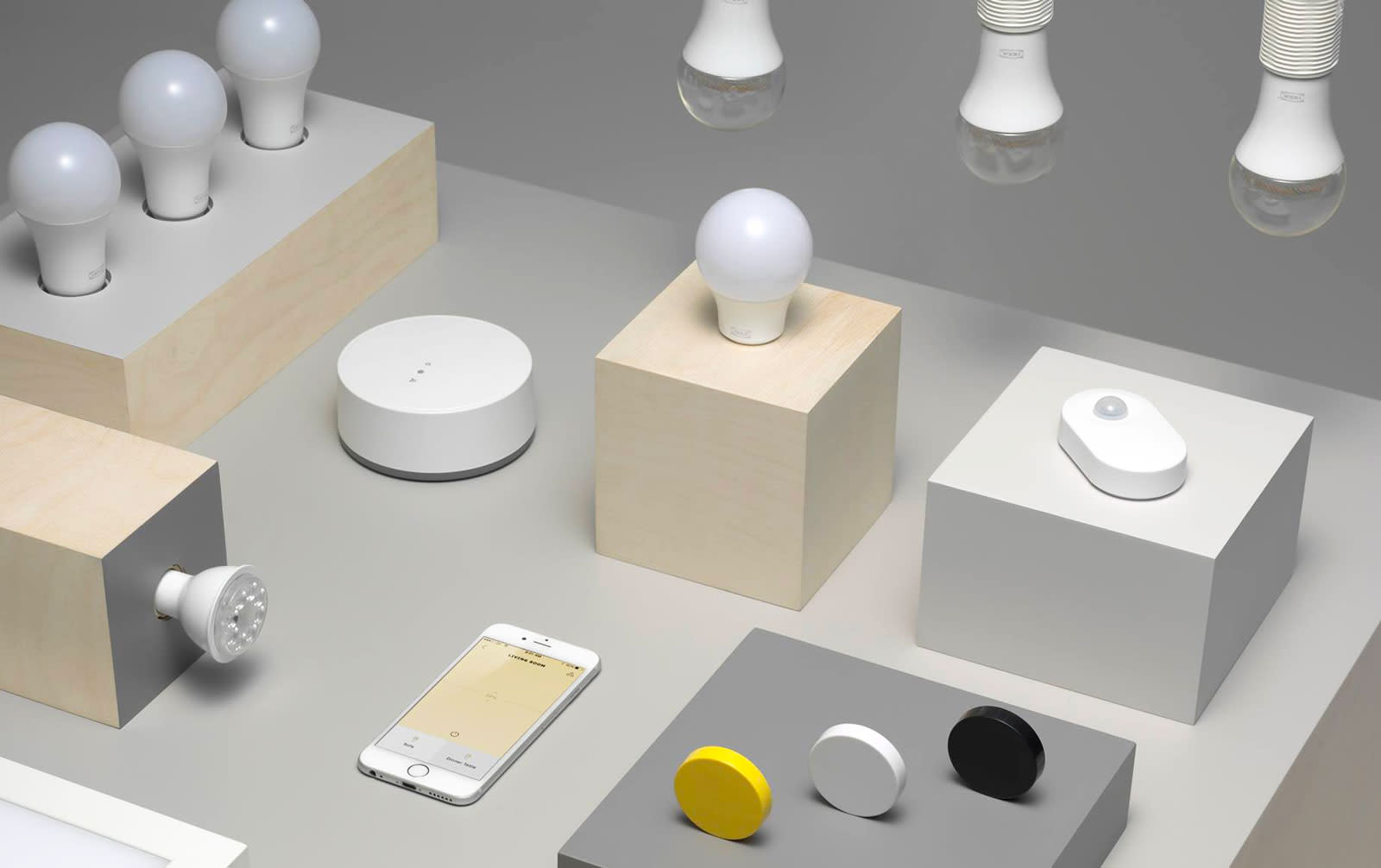 IKEA's Tradfri smart lighting line is an impressive system at a relatively affordable price point, and it just got even better. Earlier this year, IKEA announced that it would be integrating Tradfri with Apple's HomeKit. Today, the Swedish furniture company pushed an update to all existing hubs that does just that. What's more, Ikea bulbs will now work with Philips devices, meaning you don't have to buy an IKEA hub if you have a Hue Bridge compatible with HomeKit. Bulbs will come in multiple colors starting in October.

Apple's been making an effort to push HomeKit into the mainstream; the company has actually built it into quite a few of its Apple stores. Customers at one of these 46 locations are able to play around with fans, lights and other Home Kit-integrated devices in order to see how they actually work. It's an important step to making the system a serious competitor to already-entrenched smart home systems like Amazon's Alexa-enabled devices. It also suggests that there will be a lot more emphasis on HomeKit's features in iOS 11.

This is a great move on IKEA's part, for sure. It serves as further confirmation that, first of all, they are committed to their smart home lines. Second, they provided this update to existing users for free, cementing their status as a lower cost, full-featured provider for smart lighting. Competitor Philips, with its Hue line, also has integrated HomeKit, but the update doesn't apply retroactively. Existing customers must purchase a second-generation Hue Bridge if they want the integration. It's hard to argue with a lower price and more features, that's for sure.

Update: Looks like IKEA updated the Tradfri product page a little too early. HomeKit integration is still in the works, and the company hopes to roll it out in October according to comments on its Facebook page.

In this article: apple, gear, home, homekit, ikea, iot, light, smartlight, tradfri
All products recommended by Engadget are selected by our editorial team, independent of our parent company. Some of our stories include affiliate links. If you buy something through one of these links, we may earn an affiliate commission.