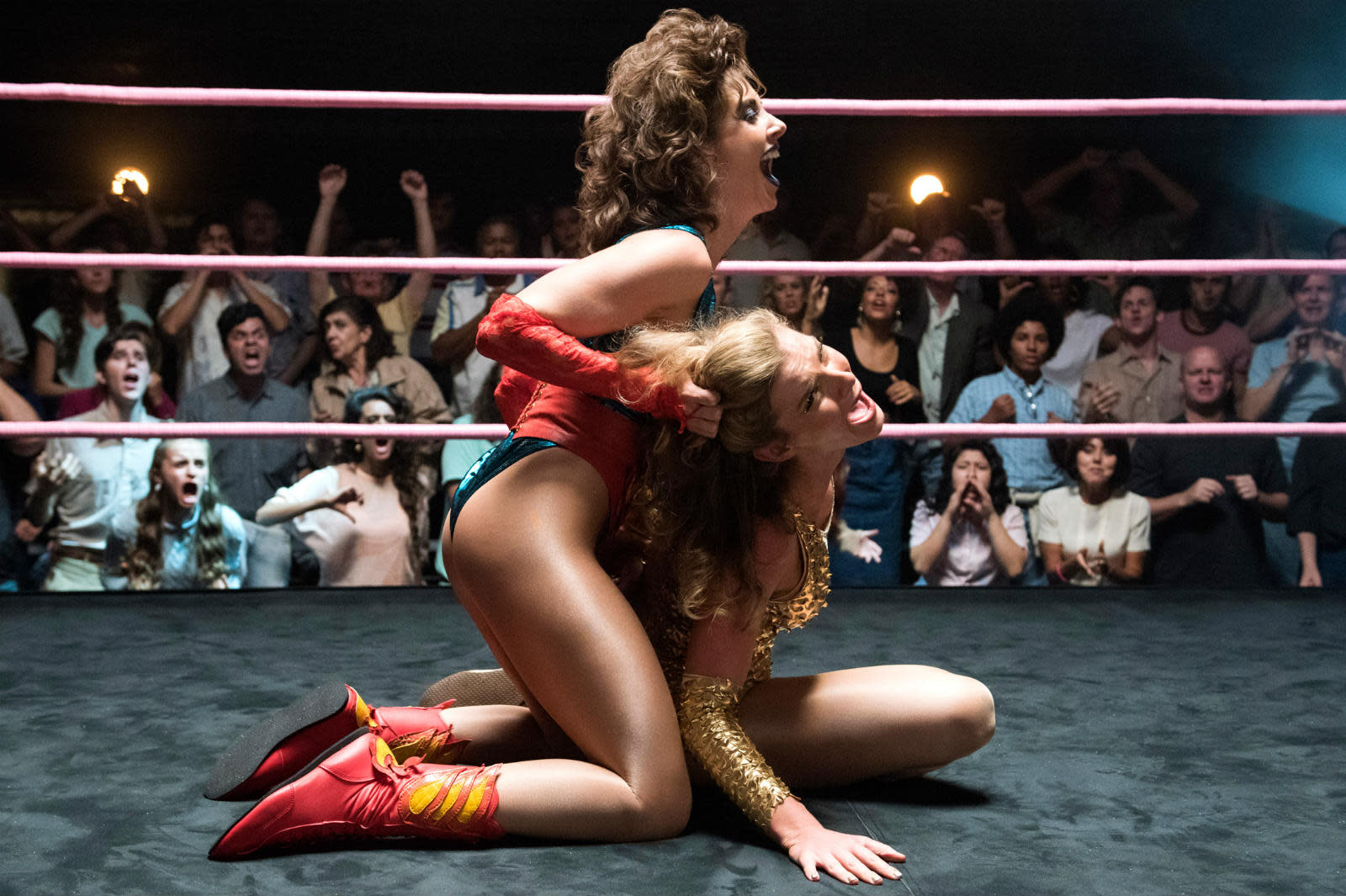 The Crown isn't the only Netflix series that's returning to the platform. The gorgeous ladies of wrestling will also be grappling their way back on to your screens. On Thursday, the GLOW Twitter account announced that season 2 is officially on its way. The show's second season will reportedly feature 10 episodes, according to Deadline.

That's all the info available, thus far. No word yet on returning cast members, a release date, or even when production begins. But, seeing as Netflix isn't afraid to give its properties the chop, fans will be pleased to know that GLOW has performed well enough to survive. It probably helped that the show comes from the creative team behind Orange is the New Black. The crescendo of critical acclaim that greeted it -- including praise for its period detail and sharp writing -- can't have hurt either. Inspired by the real-life wrestling league, GLOW follows the lives of a group of women who join its ranks during the mid-'80S.

In this article: av, entertainment, glow, netflix
All products recommended by Engadget are selected by our editorial team, independent of our parent company. Some of our stories include affiliate links. If you buy something through one of these links, we may earn an affiliate commission.