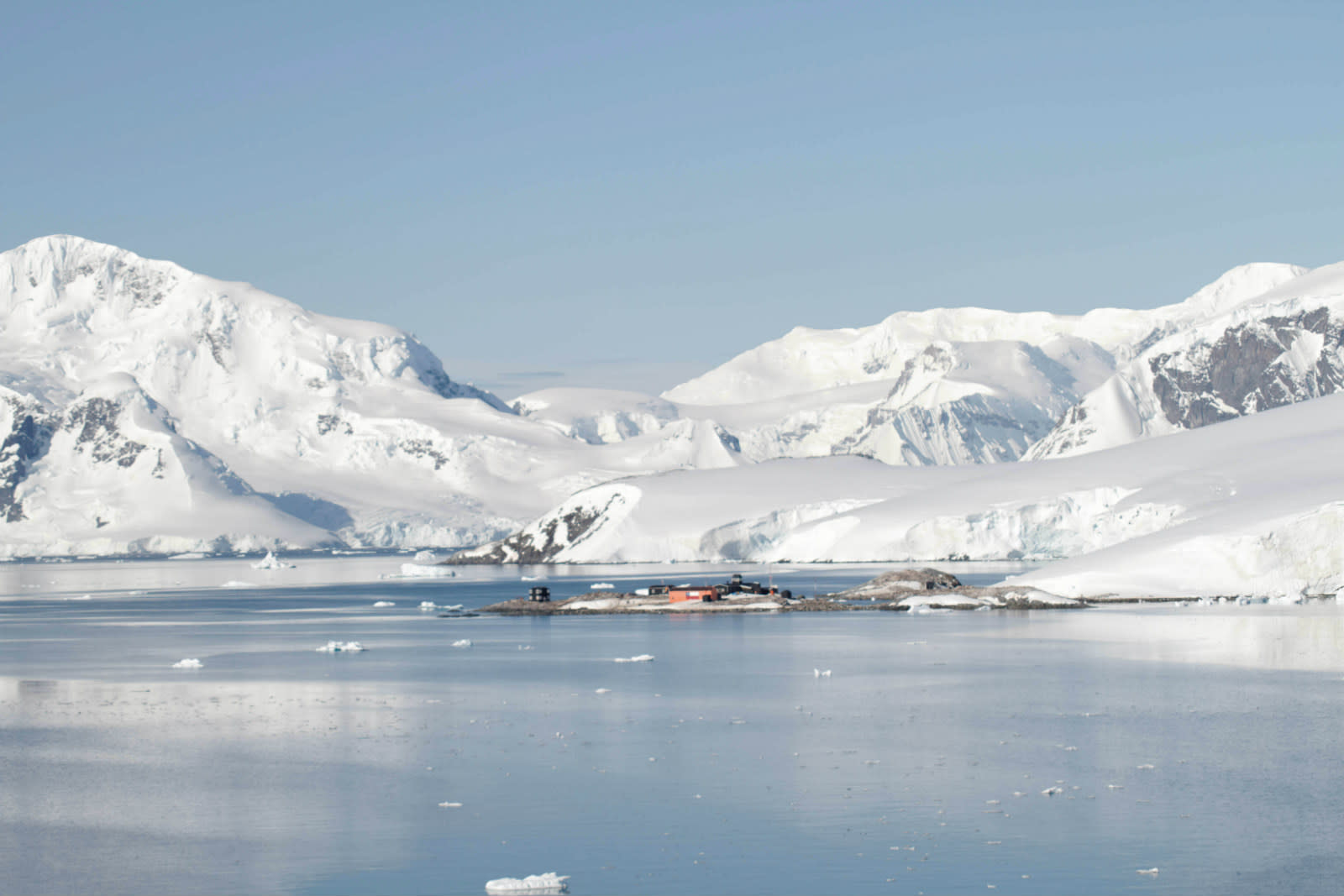 A new study claims to have found a huge expanse of volcanoes lurking beneath the ice in Antarctica. Scientists unearthed a total of 91 previously undiscovered volcanoes -- some stretching up to 3,850 metres (12,600 feet) in height -- in the region known as the West Antarctic Rift System (WARS). The area is comparable to the densely concentrated volcanic regions in east Africa and North America, according to researchers from the University of Edinburgh.

Due to the ice sheets that cover its terrain, geologists have found it extremely difficult to study Antarctica for signs of volcanic systems. To overcome the obstacles posed by nature, the team of scientists remotely surveyed the underside of the ice using a digital elevation model known as Bedmap 2 DEM. They cross-referenced that info by examining aerial and satellite imagery. The results showed peaks of basalt rock poking up through the ice to form cone-shaped structures. Of those 178 edifices, 91 were outlined as previously undiscovered volcanoes.

The study suggests that the density of the volcanoes in the WARS is one volcano per 4,800 square miles, making it one of the world's largest volcanic regions. Although, the results do not indicate whether the volcanoes are active, the data could allow future studies to determine just that.

Whereas previous research has pointed to seismic activity in Antarctica, it is not thought to have impacted the present ice retreat. That wasn't the case in Iceland, where studies found an increase in ice flow due to subglacial eruptions. Comparably, west Antarctica contains a thicker sheet of ice, but that may not be enough to prevent the affects of volcanic disturbance on future ice flow, suggest the scientists -- especially during warmer periods. On the other hand, seeing as ice tends to slope downwards on a smooth surface, the cone-shaped structures could even act as deterrents against the current pace of glacial motion, claim the researchers.