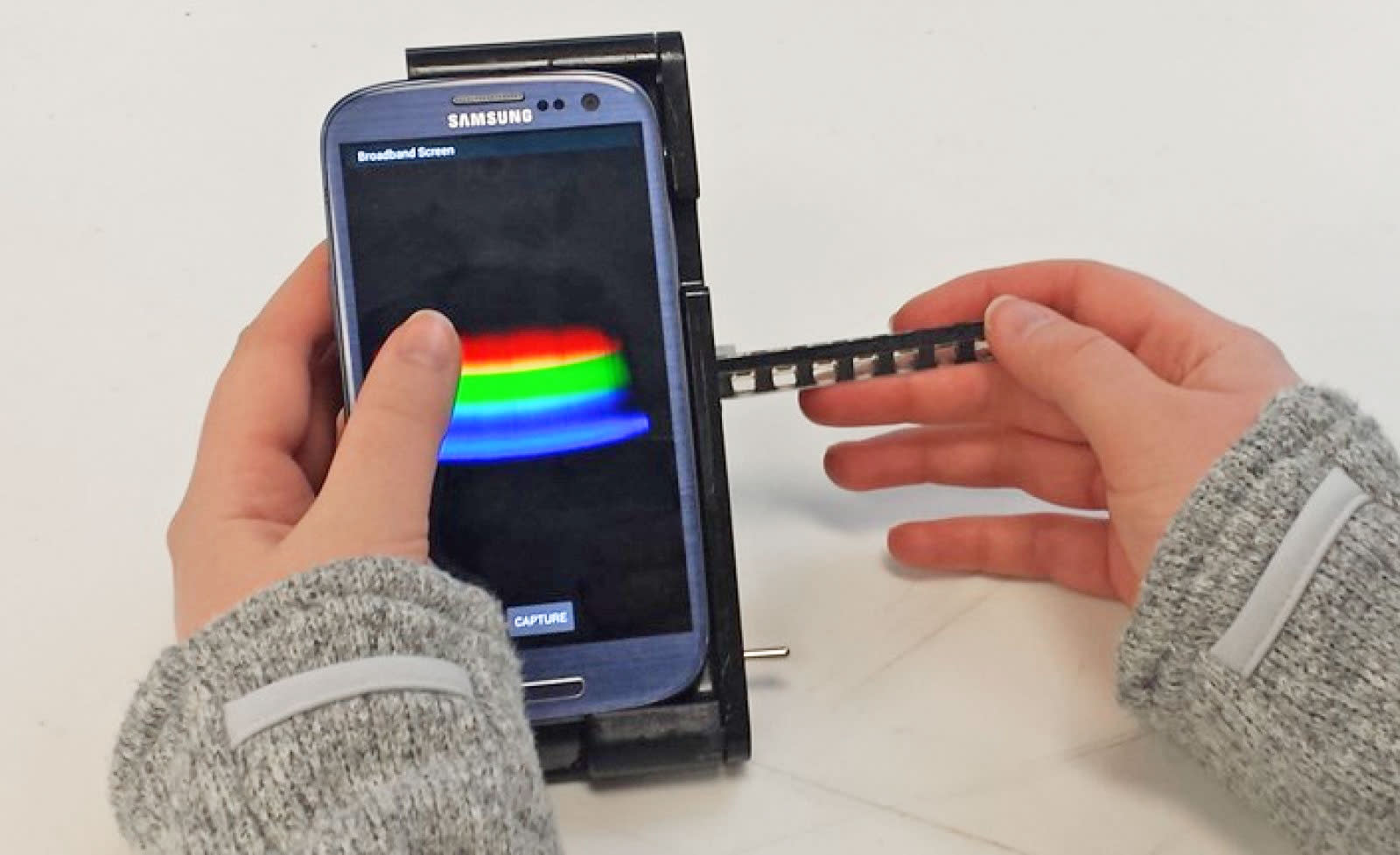 Smartphones can now be used as laboratory-grade medical testing devices thanks to new kit designed by the University of Illinois. The transmission-reflectance-intensity (TRI) analyzer attaches to a smartphone to examine blood, urine or saliva samples as reliably as large, expensive equipment, but costs just $550.

The technology uses a high-performance spectrometer. First, a fluid sample is illuminated by the phone's internal white LED flash, then the light is collected in an optical fiber. The light is then guided through a diffraction grating into the phone's rear-facing camera, and a reading is provided on-screen.

Retrofitting medical technology onto smartphones isn't anything new. We've already seen innovation in HIV testing and fertility tracking, for example. But researchers say the TRI analyzer boasts a wider spectrum of applications, and the relatively cheap, portable nature of the kit means it could have uses in other sectors such as animal health, food safety and environmental monitoring, as well as health diagnostics.

"Our TRI Analyzer is like the Swiss Army knife of biosensing," said Professor Brian Cunningham. "It's capable of performing the three most common types of tests in medical diagnostics, so in practice, thousands of already-developed tests could be adapted to it."

In this article: diagnostics, laboratory, medicine, opticalfiber, Reflectance, sample, spectrometer, technology, Transmission, UniversityOfIllinois
All products recommended by Engadget are selected by our editorial team, independent of our parent company. Some of our stories include affiliate links. If you buy something through one of these links, we may earn an affiliate commission.