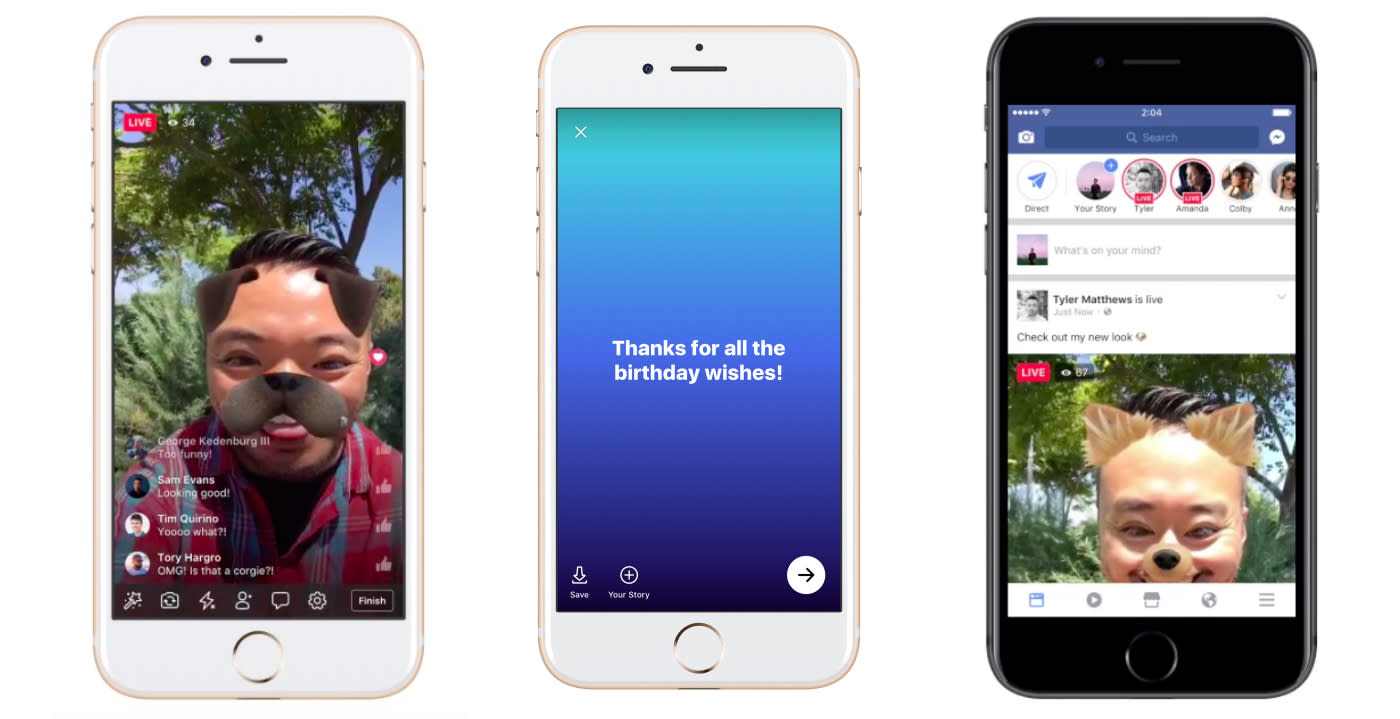 Facebook is beefing up its Camera functionality with a trio of Snapchat- and Instagram Live-inspired updates. Starting today, iOS and Android users have the ability to go live, create GIFs and share colorful blocks of text directly from the Facebook Camera.

When going live via the Camera, users can mess around with the creative effects like facial filters and doodles, and share the whole thing to their Story on in a post on their Timeline. The GIF functionality is simple enough: Film two-second, looping videos in the Camera and broadcast them via Story, Direct or straight to the News Feed.

Finally, there's the text update. You've most likely seen those blocks of white text on colorful backgrounds popping up in your Facebook News Feed recently -- hell, you've probably written a few of them yourself. Today, this medium is available in the Camera, allowing anyone to share full-screen text posts to Story, News Feed or Direct.

Facebook is of course taking inspiration from Snapchat here, but it's also stealing ideas from itself at this point. Instagram -- which is owned by Facebook -- rolled out live broadcasting in December, and has since added GIF-like capabilities with Boomerang, plus the ability to send image and video replies, and share live videos after streaming.

In this article: android, av, design, entertainment, facebook, FacebookCamera, gif, ios, live, Livestream, mobile, personal computing, personalcomputing
All products recommended by Engadget are selected by our editorial team, independent of our parent company. Some of our stories include affiliate links. If you buy something through one of these links, we may earn an affiliate commission.