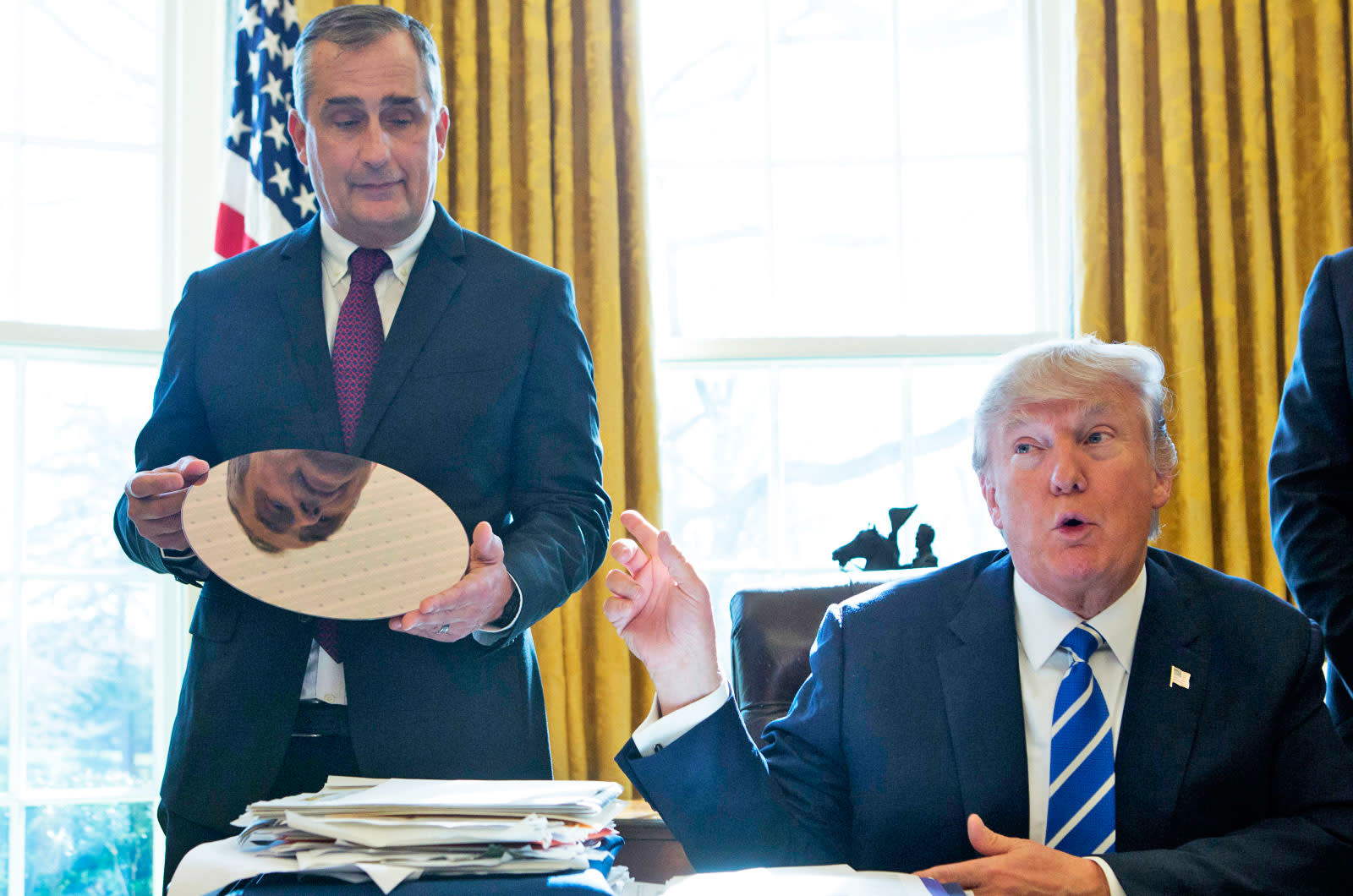 Intel chief Brian Krzanich condemned hate speech and white supremacy on Twitter following the horrific events in Charlottesville this weekend. For a while, though, it wasn't clear whether he'd continue backing President Trump's American Manufacturing Council. Now, the CEO is making his stance crystal: he announced in a blog post that he's resigning from the council to "call attention to the serious harm our divided political climate is causing to critical issues..."

He resigned, he says, because he wants to make real progress, while "many in Washington seem more concerned with attacking anyone who disagrees with them." Krzanich added that we "should honor --- not attack -- those who have stood up for equality and other cherished American values." He said he'll be willing to serve again when that changes.

On Saturday, Heather Heyer was killed by a terrorist who plowed his car into the crowd while she was protesting white supremacist rallies in Charlottesville. She's now the target of white supremacists' harassment, which led GoDaddy to pull down a known neo-Nazi website. Google also cancelled that website's registration, while Facebook has begun deleting Shares of a story from that domain disparaging the victim.

Intel wasn't the only company that dropped out of Trump's manufacturing council due to the incident in Charlottesville and the president's hesitation to condemn white supremacy. Under Armour chief Kevin Plank and Merck CEO Ken Frazier also left the group on Monday, with Frazier explaining that he did so "as a matter of personal conscience."

I stand with others for equality and improving US competitiveness. Both require
improving in todays environment. https://t.co/RcjpGaFXBQ

In this article: briankrzanich, ceo, gear, intel, manufacturingcouncil, politics, trump
All products recommended by Engadget are selected by our editorial team, independent of our parent company. Some of our stories include affiliate links. If you buy something through one of these links, we may earn an affiliate commission.
Share
Tweet
Share