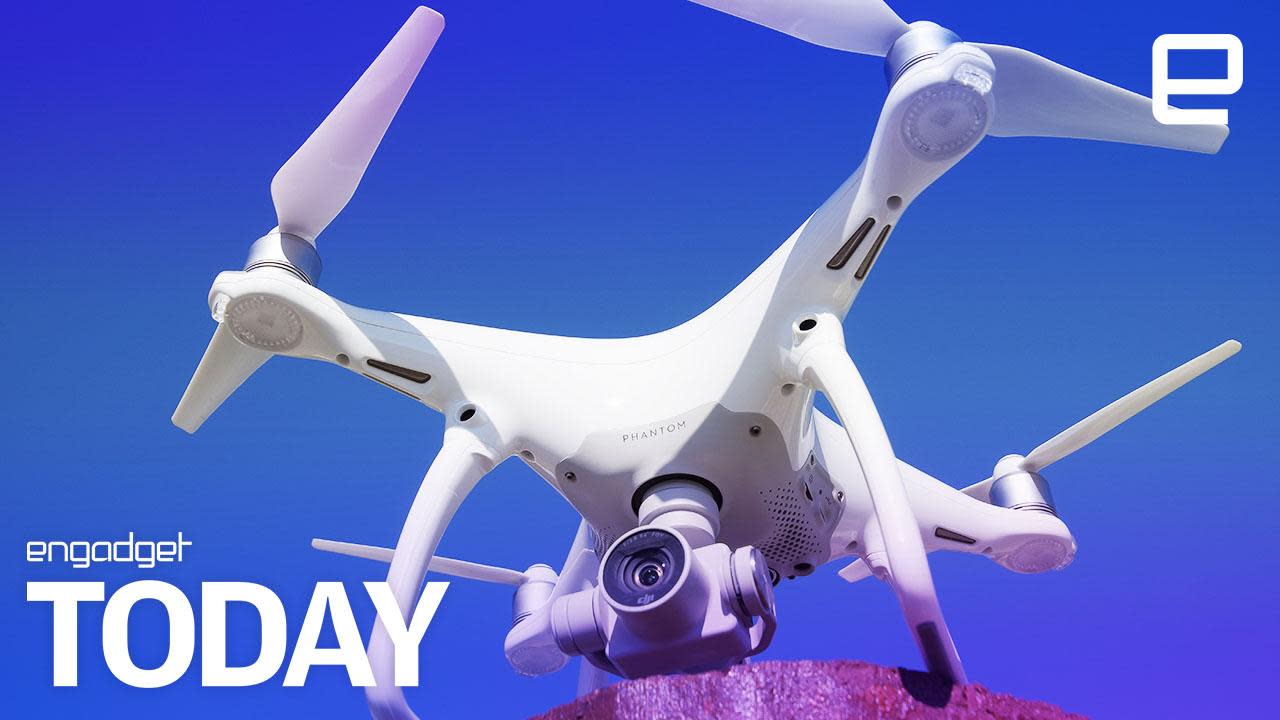 The Pentagon has already approved a policy giving military bases the right to shoot down drones that get too close. A lot of other countries' governments and militaries, however, are still in the midst of figuring out how to deal with them as they become more common. A photographer operating under the name "Black Isle Images," for instance, landed a drone aboard Britain's biggest warship, the HMS Queen Elizabeth, and nobody seemed to care.

The photographer reportedly never intended to touch down on the aircraft carrier, but he was forced to do when a strong gust of wind triggered the drone's high wind sensors. According to BBC, he was flying one of DJI's Phantom drones -- it even snapped a picture of the ship, which is now up on BBC's website. He decided to give himself up to a team of armed police officers guarding the warship, but "no one seemed too concerned." He also left his phone number to the authorities, but nobody got in touch with him.

The concern over the lack of security stems from the fact that drones can be used for anything these days -- from espionage to terrorism. ISIS, for instance, is known to weaponize drones, including DJI's models, essentially turning them into flying bombs.

The photographer told the BBC:

"I could have been anybody. It was like a ghost ship. I would say my mistake should open their eyes to a glaring gap in security. This was a bit of tomfoolery but it could have been something terrible, not just for the ship and its crew but for the people of Invergordon...

It's worth noting that HMS Queen Elizabeth isn't active and armed yet, however, which could explain why authorities weren't alarmed by the incident. That said, if Britain's military wasn't too bothered at first, it is now. A Ministry of Defense spokesperson told the BBC that it "takes the security of HMS Queen Elizabeth very seriously" and that the incident has been reported to Police Scotland. It's now under investigation, and the ministry has stepped up its "security measures in light of it."

Update: This post has been updated to clarify which type of drone the photographer was flying.

In this article: drone, EngadgetToday, gadgetry, gadgets, gear, HMSelizabeth, warship
All products recommended by Engadget are selected by our editorial team, independent of our parent company. Some of our stories include affiliate links. If you buy something through one of these links, we may earn an affiliate commission.