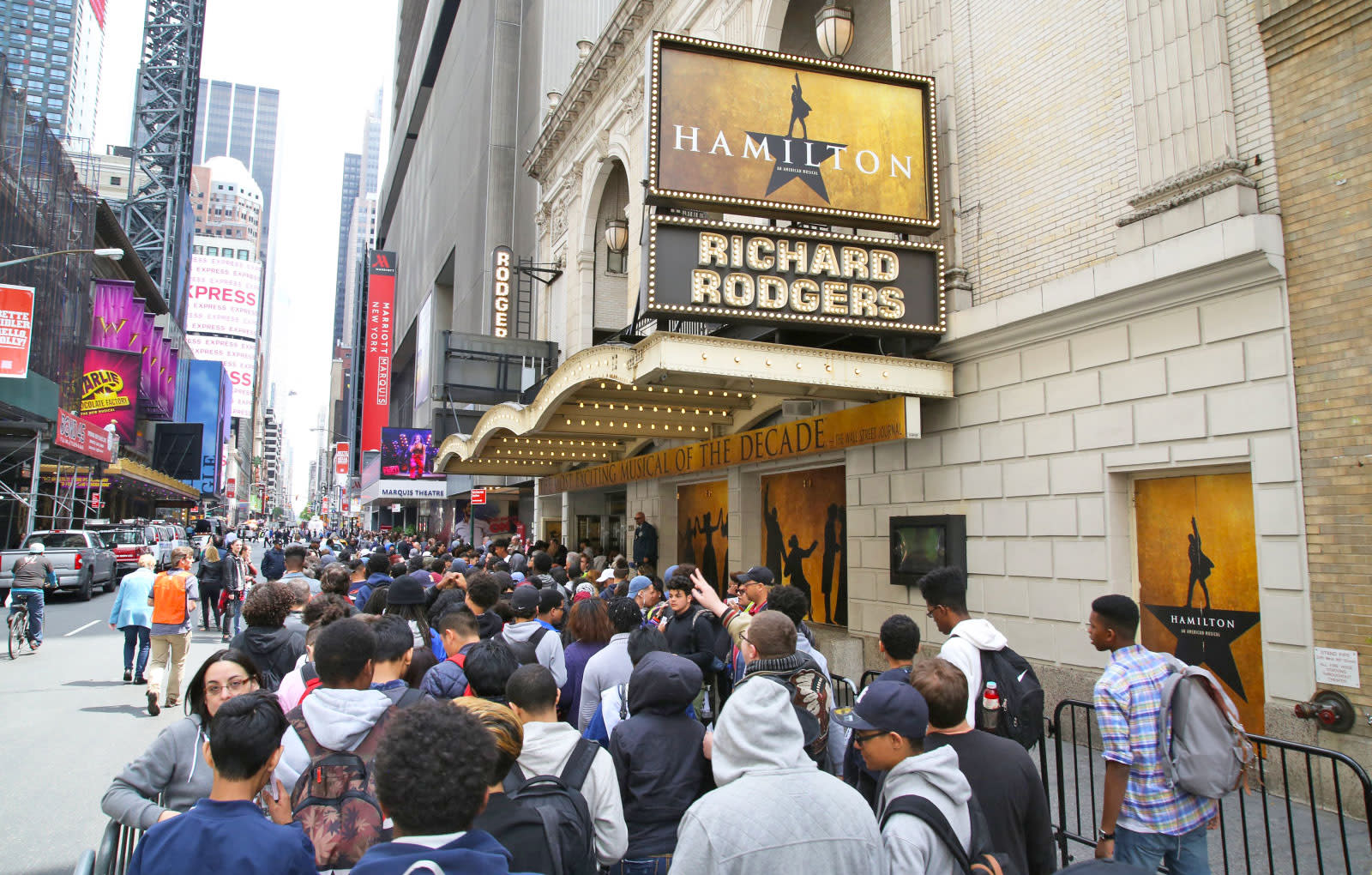 The people behind Hamilton aren't just counting on laws to combat ticket bots -- they're enlisting the help of the ticket providers as well. Ticketmaster has revealed that it will use its recent Verified Fan feature to give you a better chance of seeing Hamilton, the Schuyler sisters and Burr strut on a Broadway stage between March and August 2018. As with other Verified Fan plays, like Harry Potter and the Cursed Child, the process has fans registering on a website to signal their interest -- Ticketmaster then combs over registrations based on data and sends codes via text message to those who pass scrutiny.

Registration runs from August 15th through 18th, and you'll know if you're cleared to buy a ticket when pre-sales start on August 21st.

This concept isn't completely new -- we've seen concerts do this before, for example. However, the Hamilton run is easily one of the tougher tests of the register-and-receive-a-code formula. It's an extremely popular show whose demand makes it all too tempting to pay scalpers a premium. This won't necessarily stop scalpers from turning around and selling tickets, especially not once general sales start (August 22nd), but it might prevent them from buying so many seats that a show is sold out mere moments after sales begin.

In this article: bot, bots, entertainment, gear, hamilton, internet, livenation, scalpers, ticketbots, ticketmaster, tickets, verifiedfan
All products recommended by Engadget are selected by our editorial team, independent of our parent company. Some of our stories include affiliate links. If you buy something through one of these links, we may earn an affiliate commission.