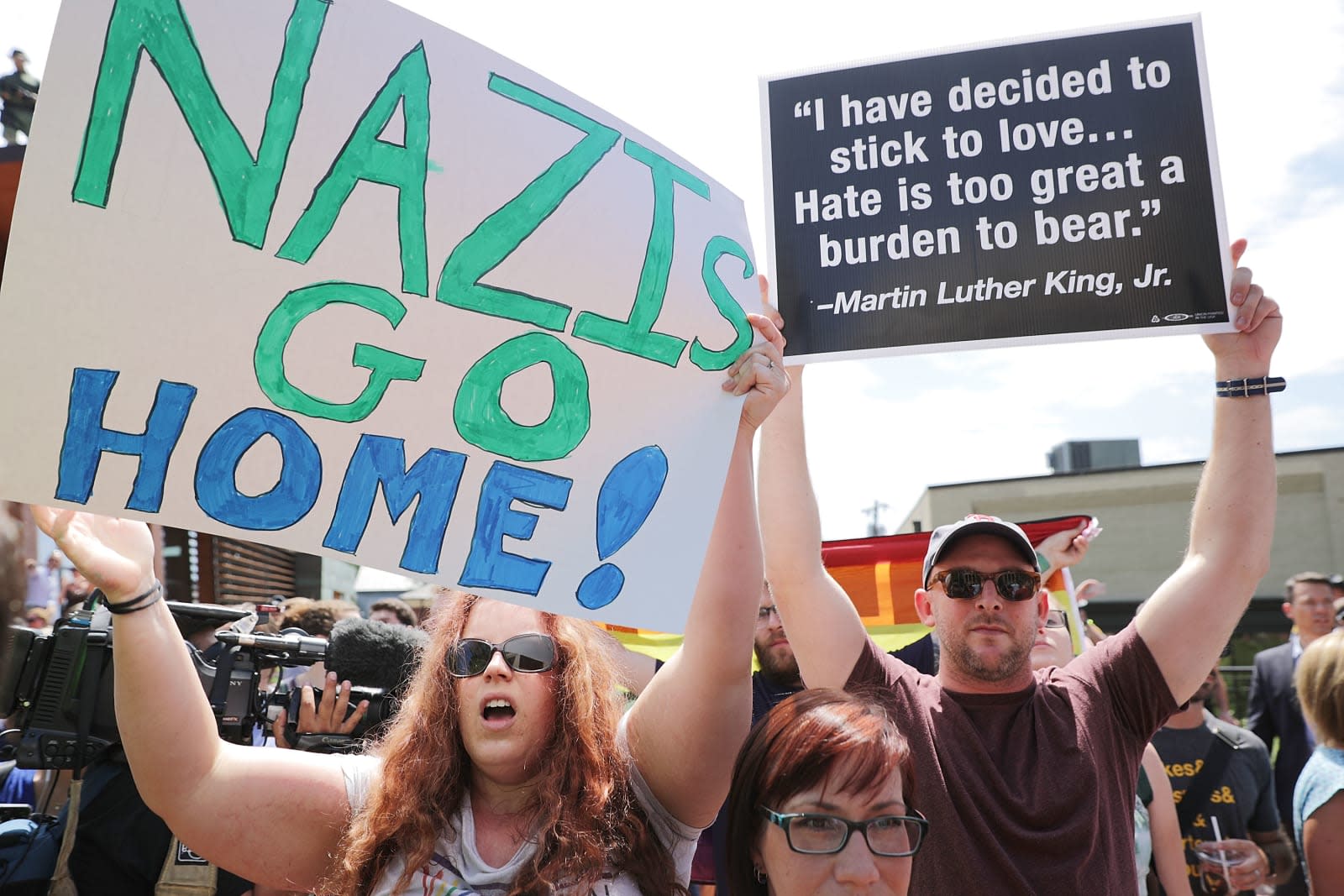 After being rejected by both GoDaddy and Google, neo-Nazi publication The Daily Stormer resurfaced today with a Russian domain extension. As Vox reports, Stormer's efforts to secure a Chinese hosting service (DailyStormer.wang) were cut short, so it turned to the Dark Web and then the mainstream internet. A Whois report states that the hosting company is CloudFlare and the IP location is in Arizona. But, the site isn't online as of publication time.

Stormer is using its Dark Web site (.onion) to direct readers to the current URL. The text on the Dark site promises that the publication will move to the TOR network should the new host take it down, and that it will keep readers updated of any domain changes via the TOR network. Presumably, that's already happened.

If you'll remember, Cloudflare is the same host that The Pirate Bay used to mask identifying characteristics of its traffic data. It isn't a stretch of the imagination that this is why Stormer chose the host. But, just this year the company revealed that it was under a gag order to not reveal a secret FBI subpoena for certain user records. More than that, Tor has come out swinging against CloudFlare for banning traffic from the anonymous web browser.

If today's brief resurgence is any indication, the racists running Stormer will likely have to retreat to the Dark Web once again.

Update: The Washington Times writes that Cloudflare has terminated its contract with The Daily Stormer, which may be why the site is currently offline. Earlier yesterday, cloud hosting platform DigitalOcean was also identified for providing services to the The Daily Stormer, and has since terminated the publication's account.

In this article: cloudflare, dailystormer, darkweb, gear, internet, neonazi, racism, russia, TL18COM, tor, webjosting, whois
All products recommended by Engadget are selected by our editorial team, independent of our parent company. Some of our stories include affiliate links. If you buy something through one of these links, we may earn an affiliate commission.