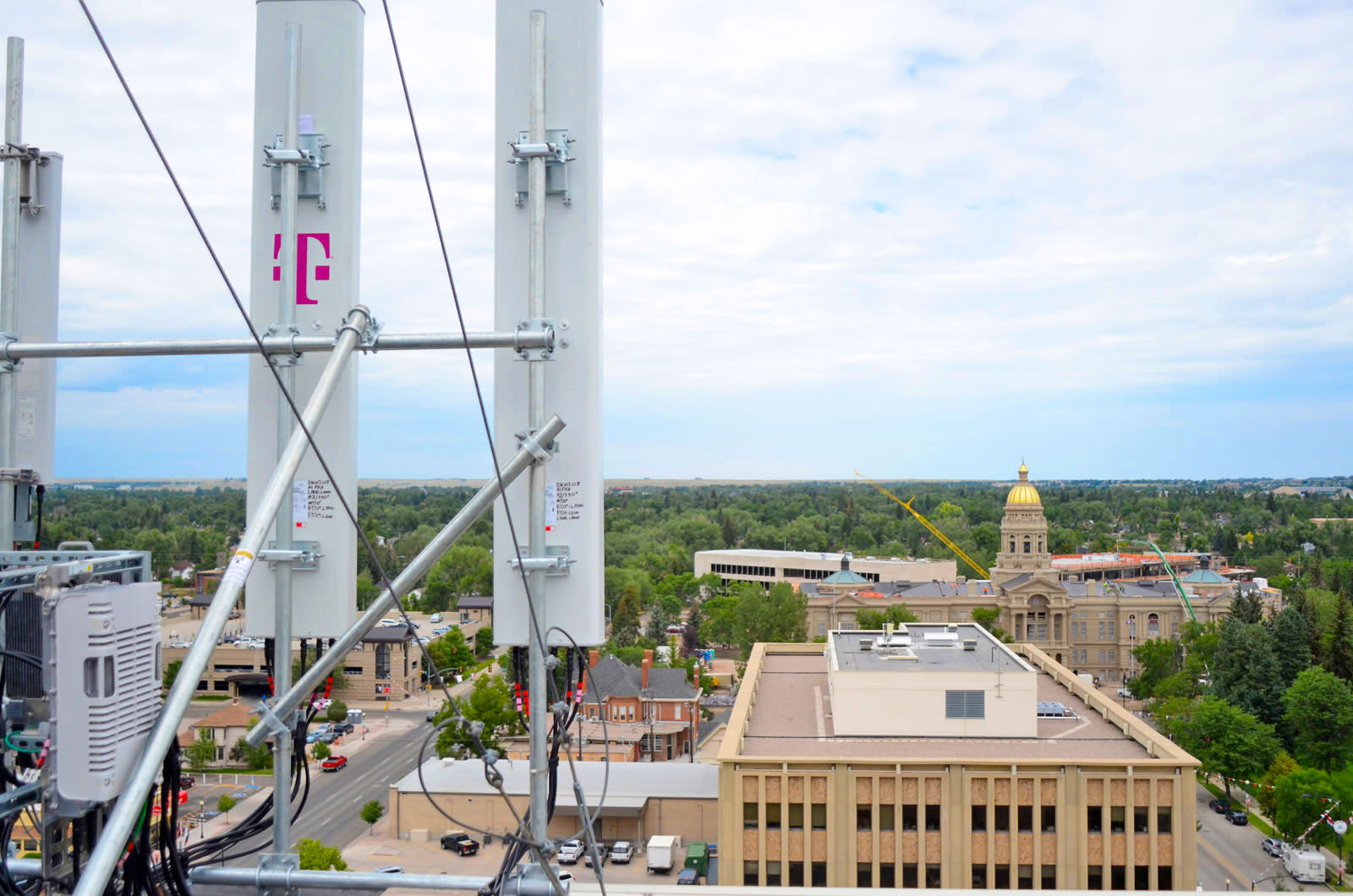 That cellular equipment you see above may not look like much, but don't dismiss it too quickly -- it could be crucial to the future of wireless data. T-Mobile has switched on the world's first 600MHz LTE sites in Cheynne, Wyoming, promising less congested networks (and thus higher real-world speeds) and better coverage, especially indoors and in those rural areas where range is vital. It's a modest start, but the carrier promises more 600MHz sites in 10 additional states before the year is over. The tricky part is getting a device that can take advantage of it... you'll have to wait a while for that.

The network notes that both LG and Samsung expect to ship 600MHz-ready phones sometime in the fourth quarter of 2017. While there's no mention of which phones are in line, the timing suggests that the Galaxy Note 8 and V30 may be first in line. Whatever shows up, this could still leave you waiting a while before you can find out whether or not 600MHz is as helpful as T-Mobile makes it out to be. That's especially true if you live elsewhere in the world, where 600MHz wireless is a long-term dream at best.

It's potentially a coup for T-Mobile. While the 700MHz LTE you see across big carriers today isn't exactly crude, it doesn't perform quite as well as the 600MHz band. And T-Mobile's huge number of 600MHz licenses gives it plenty of headroom, whether it's for additional customers or future 5G rollouts. This isn't to say that rivals like AT&T or Verizon are necessarily in trouble. It's just that T-Mobile might have an ace up its sleeve.

In this article: 600mhz, carrier, gear, lg, lte, mobile, samsung, smartphone, t-mobile, video, wireless, wyoming
All products recommended by Engadget are selected by our editorial team, independent of our parent company. Some of our stories include affiliate links. If you buy something through one of these links, we may earn an affiliate commission.