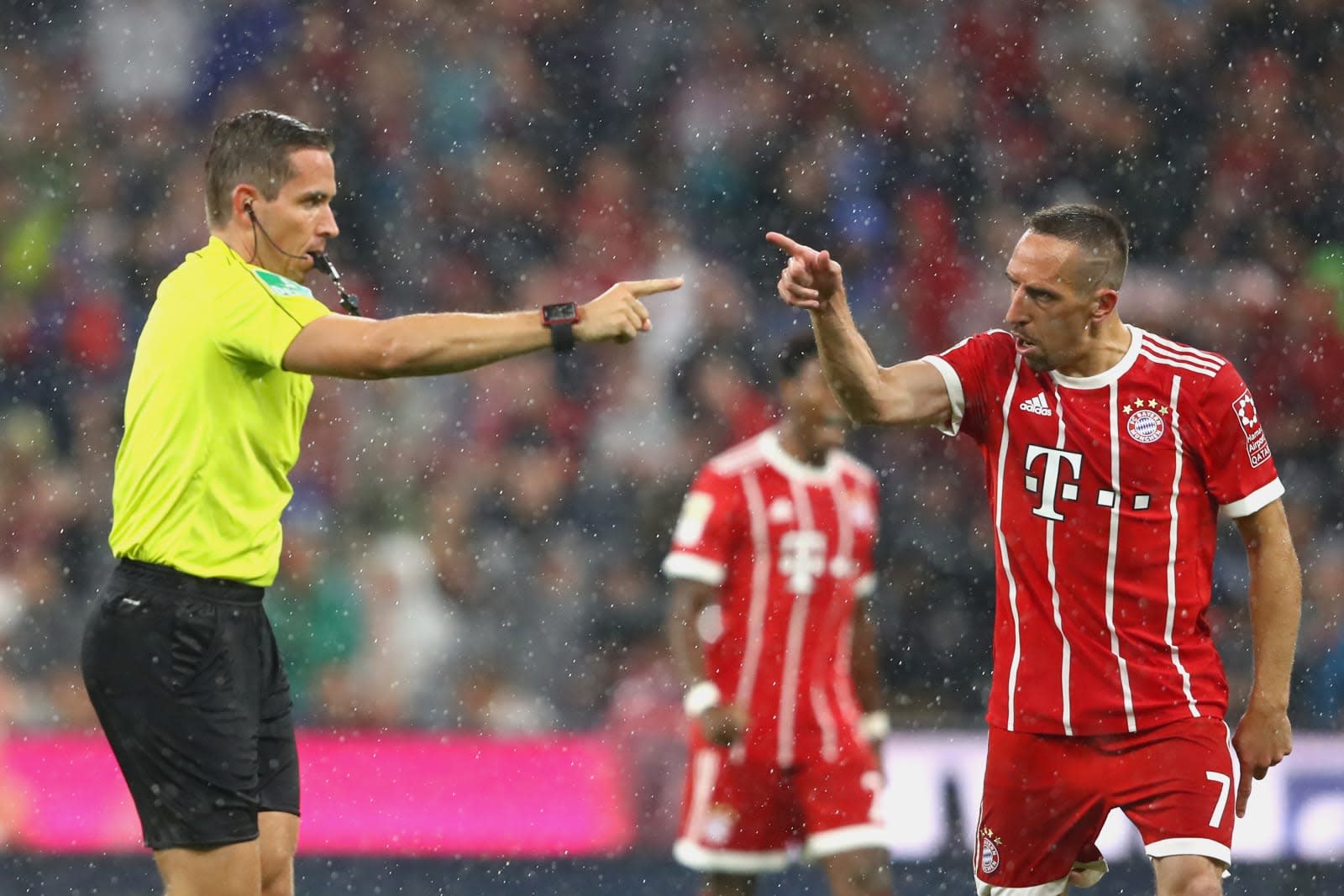 MLS began using video assistant referees (VAR) earlier this month, and when the top German league began its season today, it too employed the tech. Bundesliga announced back in January that it would use the video review tech during the 2017-18 season and now the system has made its debut on the pitch. The league says that all 23 referees from last season will serve as video officials to assist those calling the action up close on critical decisions, including three who retired following the 2016-17 campaign.

Of course, the idea here is to eliminate potentially major mistakes in officiating, especially those when the action happens very quickly. And as you might expect, the VAR system was called upon its first Bundesliga match in a penalty situation between Bayern Munich and Bayer Leverkusen.

Opponents of the tech argue that it will slow the pace of the matches, but FIFA technical director Marco Van Basten argues otherwise."Football will remain the same," he said earlier this year. "But we're working so that through the video assistants it will become more honest. All that we want is that the result at the end of a game is achieved in a regular manner."

Historic moment as the new #Videoassist is called upon for the first time to award @FCBayernEN's penalty. #FCBB04 pic.twitter.com/MBbI1n3PP8

Different leagues may employ VAR differently, but Bundesliga will only apply it in four specific situations. Those are limited to irregularities in goal decisions (foul, handball and offside), penalties, red cards and any time there's mistaken identity over a yellow or red card. This is the same criteria MLS uses to decide when the video assistant referee can intervene in a match. The debut of the tech this month in MLS was the result of nearly three years of testing, which began back in 2014. What's more, FIFA also plans to use the system during the 2018 World Cup in Russia.

In this article: entertainment, football, gadgetry, gadgets, gear, replay, soccer, var, videoassistantreferee, videoreview
All products recommended by Engadget are selected by our editorial team, independent of our parent company. Some of our stories include affiliate links. If you buy something through one of these links, we may earn an affiliate commission.