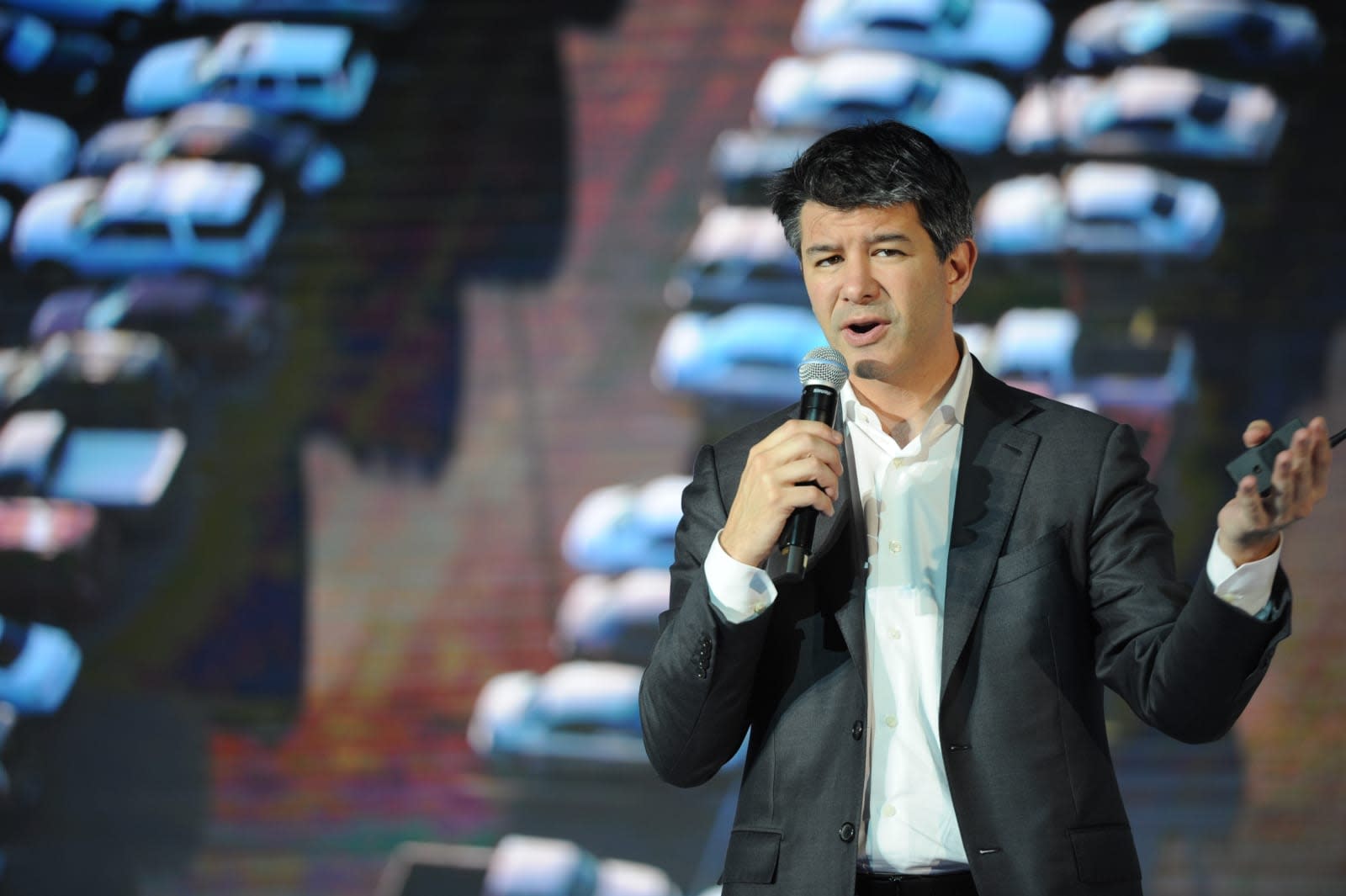 Travis Kalanick says Benchmark Capital, the Uber board member suing him for fraud, pretended to be on his side and then forced him to resign as CEO while he was vulnerable due to the death of his mother. The former Uber chief has filed his response to the investment firm's lawsuit, which seeks to kick him off the board and to invalidate a previous company decision to expand the board with three additional seats. Benchmark said the expansion was "fraudulently induced," a ploy by Kalanick to "increase his power for his own selfish ends." Now Kalanick has fired back, accusing the firm of fabricating its allegations.

The controversial exec said that the lawsuit was the first time he heard Benchmark say that it would have never agreed to those seats' addition if it knew about his "gross mismanagement and other misconduct at Uber." Benchmarks position prior to the lawsuit, the filing says, was "explicitly to the contrary." Kalanick stressed that the firm was well aware of and even agreed to add three additional seats after Saudi's Public Investment Fund put $3.5 billion into the company in June 2016.

Further, when Benchmark's representatives pressured him to resign, they didn't mention being "fraudulently induced" to adding the seats as one of the reasons why they wanted him to step down. They already knew about incidents that could be considered "mismanagement" and "misconduct" at the time, including the Waymo lawsuit, Greyball and Uber's unethical investigation of the passenger who was raped by a driver in India. According to the filing, Benchmark never disputed Kalanick's right to appoint three new board members and even agreed that he should take one seat for himself after he leaves his post.

The filing also made it clear that Kalanick felt personally attacked by the company. "[Benchmark,] secretly [planned] an effort to oust him," the documents read. "It executed its plan at the most shameful of times: immediately after Kalanick experienced a horrible personal tragedy." The firm reportedly threatened to launch a public campaign against him if he didn't sign his resignation.

More importantly, the documents said Benchmark failed to back its allegations with facts and that its claims of fraud defy common sense:

"Benchmark's fraud claim is premised on the assertion that, in or about 2016, Kalanick somehow determined that he would be forced into resigning as CEO approximately a year later -- and that he therefore fraudulently induced all of the stockholders to enter into the amended Voting Agreement to preserver his role in the company. Not only does Benchmark's fraud claim defy common sense, it is belied by the fact that Kalanick did not fill any of the new seats for a year, and only ever filled one of them (with himself) after resigning as CEO."

In this article: business, fraud, gear, lawsuit, traviskalanick, uber
All products recommended by Engadget are selected by our editorial team, independent of our parent company. Some of our stories include affiliate links. If you buy something through one of these links, we may earn an affiliate commission.