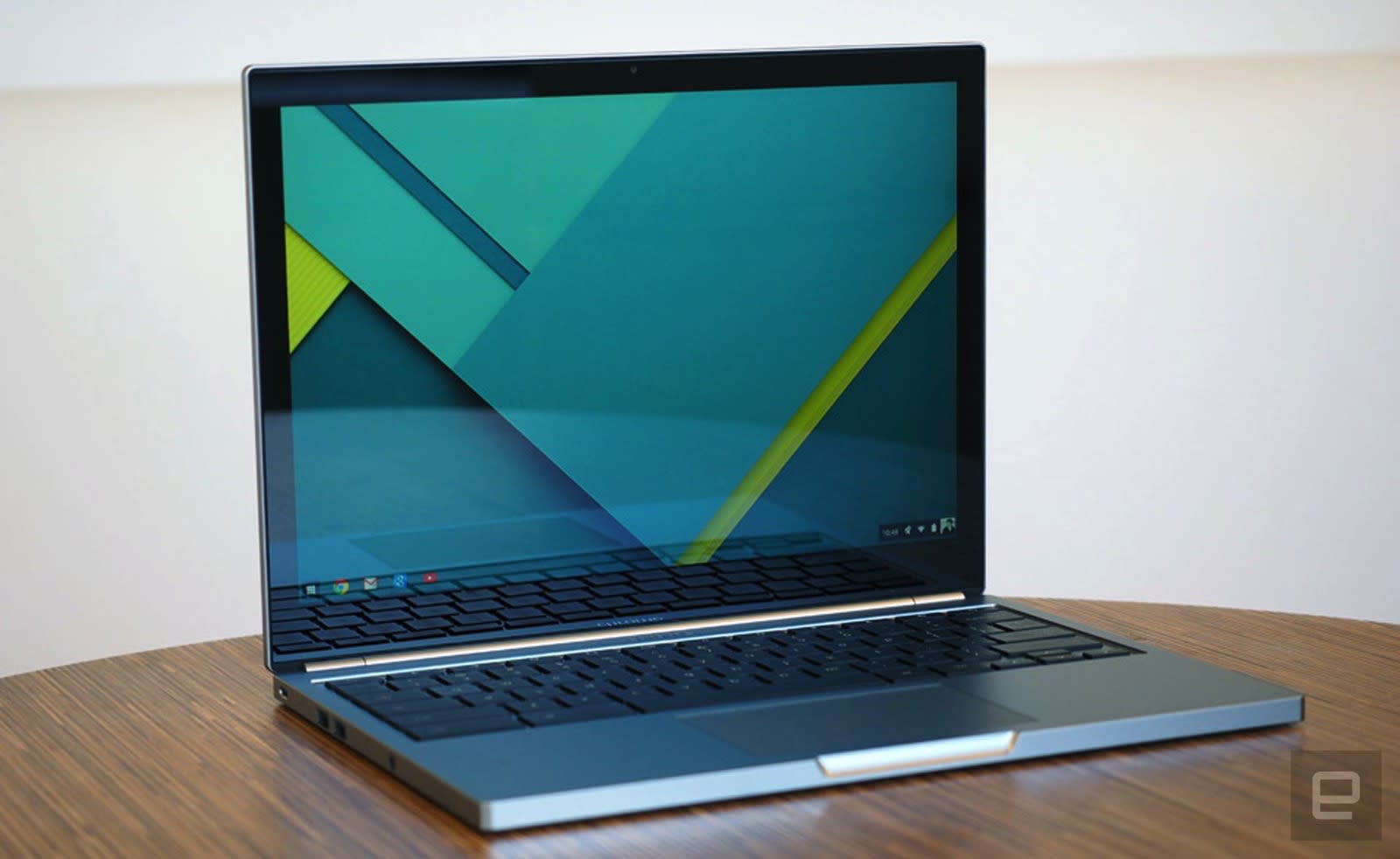 Do you still have a Chromebook Pixel-shaped hole in your heart months after Google pulled the plug? Good news -- Google might be bringing it back. A source speaking to Android Police claims that a "Pixel-branded Chromebook" will launch alongside the next Pixel phones at an event this fall. Details are scarce, including whether or not this is the fabled laptop that would run Andromeda, the long-rumored cross between Android and Chrome OS. That system was supposed to be a convertible PC with a tablet mode, a 12.3-inch display and an optional Wacom stylus, but there's no certainty that this design is the one that launches. We certainly wouldn't count on the originally planned $799 pricing.

This wouldn't be the only hardware bonus in store. Reportedly, there would also be a smaller version of the Home smart speaker. Although there isn't much to say about that, either, it stands to reason that this would be a competitor to Amazon's Echo Dot, which ditched all but the most basic of built-in audio in the name of price.

Android Police's sources tend to be accurate, but we'd take this scoop with a grain of salt as there's a lot that could change. However, it would make sense for Google to launch both products. Now that Microsoft's Surface Laptop and Windows 10 S are gunning after Chrome OS, Google might want a riposte that gives Surface buyers a reason to think twice. Likewise, Google may want to expand its smart speaker roster before Amazon conquers the space with its rapidly growing lineup. One thing's for sure: if any of this is true, Google is going to be very, very busy toward the end of the year.

In this article: andromeda, audio, av, bison, chromebook, chromebookpixel, chromeos, gear, google, home, laptop, personal computing, personalcomputing, pixel, projectbison, smartspeaker, speaker
All products recommended by Engadget are selected by our editorial team, independent of our parent company. Some of our stories include affiliate links. If you buy something through one of these links, we may earn an affiliate commission.