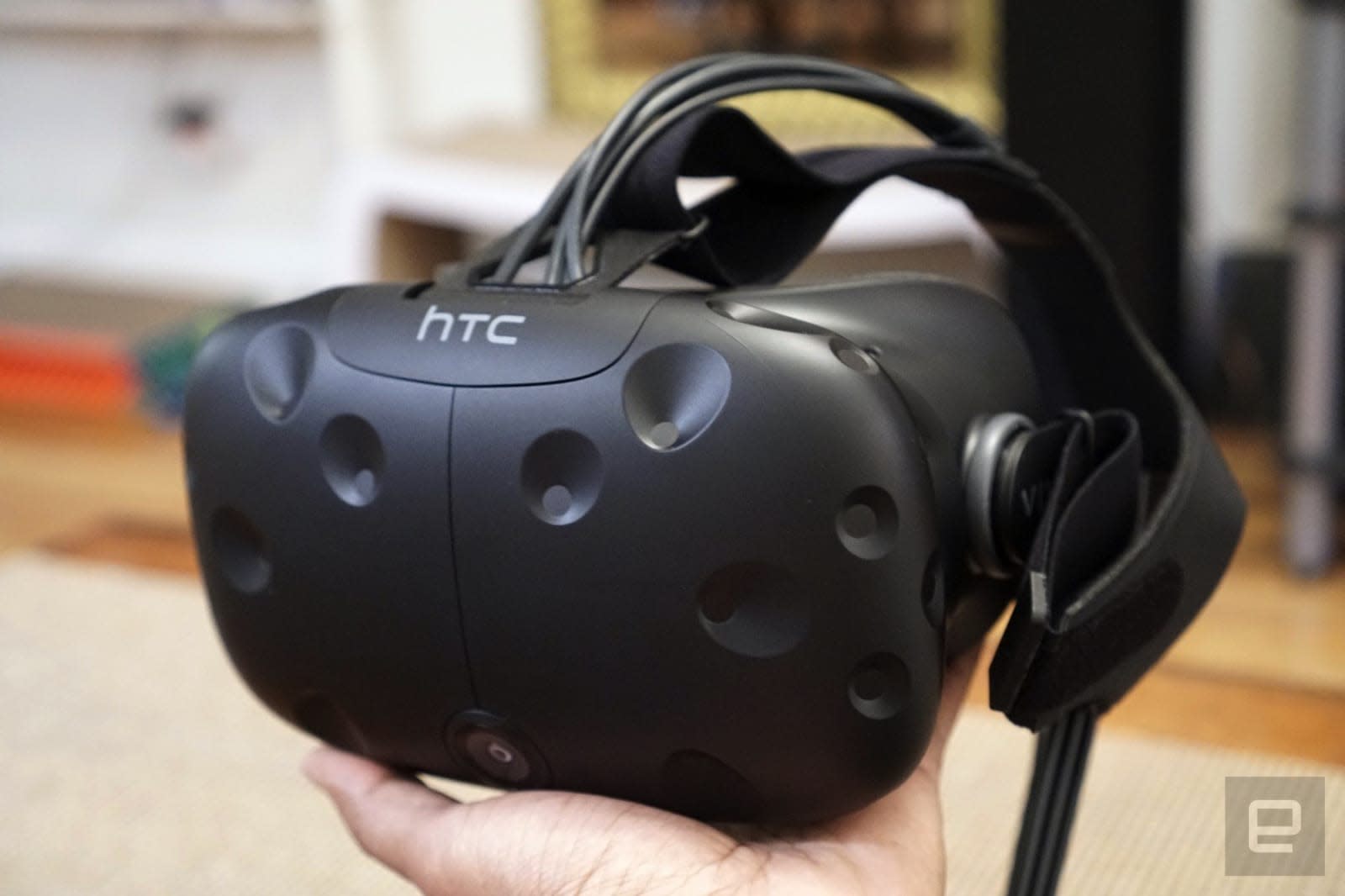 You knew HTC wouldn't let the Oculus Rift's price cut go unanswered for long. As of today, HTC has permanently lowered the price of the Vive headset by $200, to $599/£599. That's still $100 more than you'd pay for a Rift/Touch combo ($200 if you account for Oculus' summer sale), but it's far easier to swallow than before and might keep HTC's approach to room-scale VR under your consideration. As before, you get trial access to the Viveport monthly app subscription service as well as free titles like Everest VR.

It's hard to imagine HTC not cutting the price of the Vive -- there was no way people were going to pay $300 more than Oculus' setup for a comparable experience. Even so, it's a significant moment for high-end VR. Neither the Vive nor the Rift is what you'd call an impulse purchase after all this (that may have to wait until $200 wireless headsets), but they might now be inexpensive enough that they're treated less as novelties and more as mainstream (if still costly) peripherals.

In this article: gear, headset, htc, personal computing, personalcomputing, virtualreality, vive, vr, wearables
All products recommended by Engadget are selected by our editorial team, independent of our parent company. Some of our stories include affiliate links. If you buy something through one of these links, we may earn an affiliate commission.