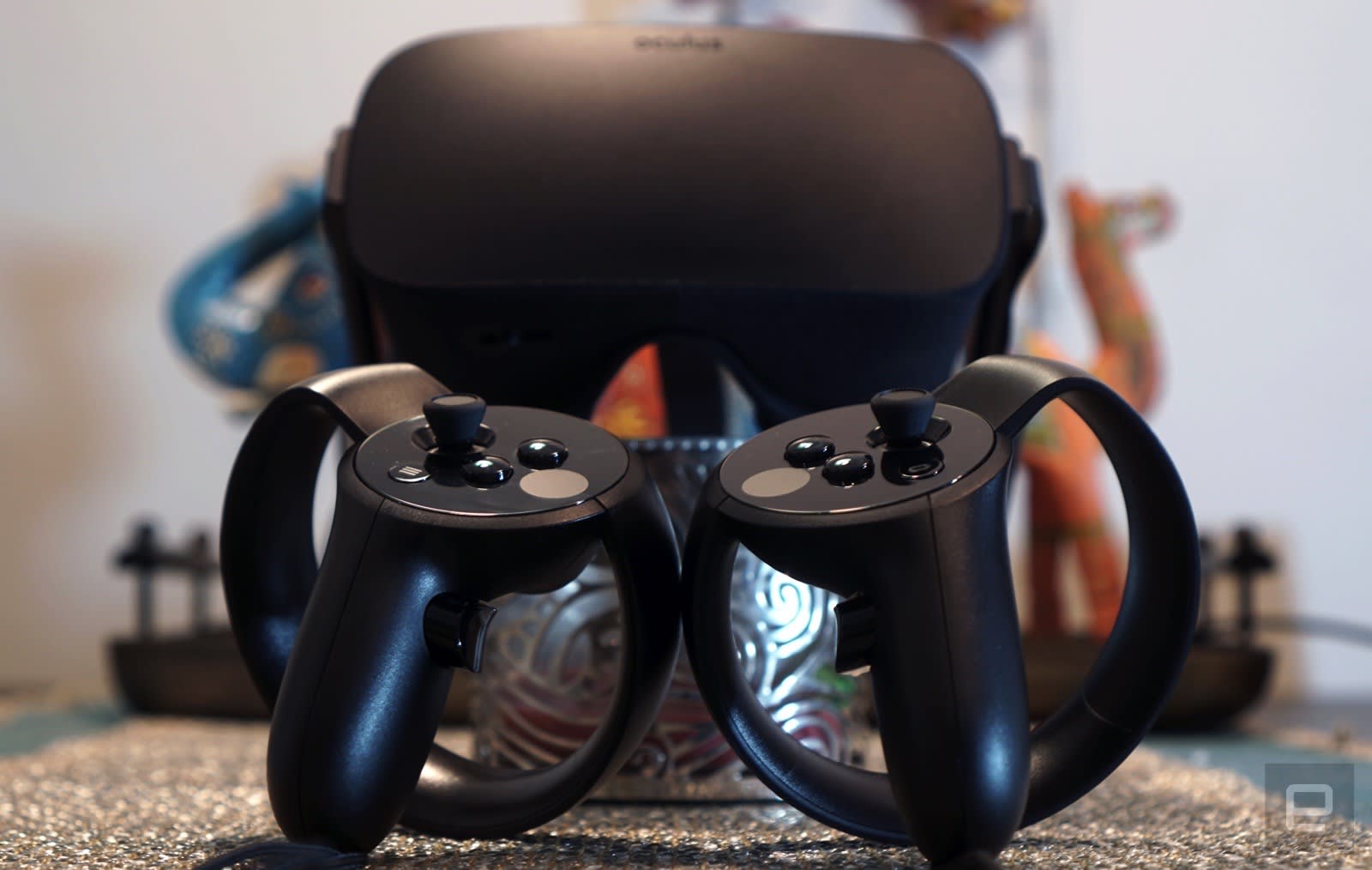 If you can't spare $399 for the Oculus Rift and Touch bundle while it's still on sale, don't worry. The Facebook-owned company is permanently dropping the all-in-one package's price to $499 once the sale ends in around six weeks. A bundle would've cost you almost $800 when the VR headset first became available until it got a $200 price cut (repriced to $598) in March. Another $99 off is a pretty sweet deal if you really can't buy the package anytime soon, considering a standalone Rift and a pair of Touch controllers will already set you back $400 and $99, respectively.

Each Rift + Touch bundle includes the headset, two sensors, a pair of Touch controllers, cables and six free VR games/experiences -- Lucky's Tale, Medium, Toybox, Quill, Dead and Buried and Robo Recall. You can get the package from Oculus' official website or from retailers where the device is sold. In case you're not in a hurry to own a VR headset, though, and don't want to invest in an Oculus-ready PC, you may want to check out Bloomberg's latest report. The publication says Oculus is currently developing a $200 wireless VR headset that doesn't need a PC or a phone slated for release in 2018.

Update: Curious how Oculus shaved that price? It isn't including an Xbox gamepad in the box anymore. Cofounder Brendan Iribe explains, via Twitter: "We're focusing on Touch and wanted a new bundle that's less expensive for everyone."

Saves $100 by removing the Xbox controller and Remote. We're focusing on Touch and wanted a new bundle that's less expensive for everyone.

In this article: facebook, gaming, gear, oculus, oculusrift, oculustouch, wearables
All products recommended by Engadget are selected by our editorial team, independent of our parent company. Some of our stories include affiliate links. If you buy something through one of these links, we may earn an affiliate commission.