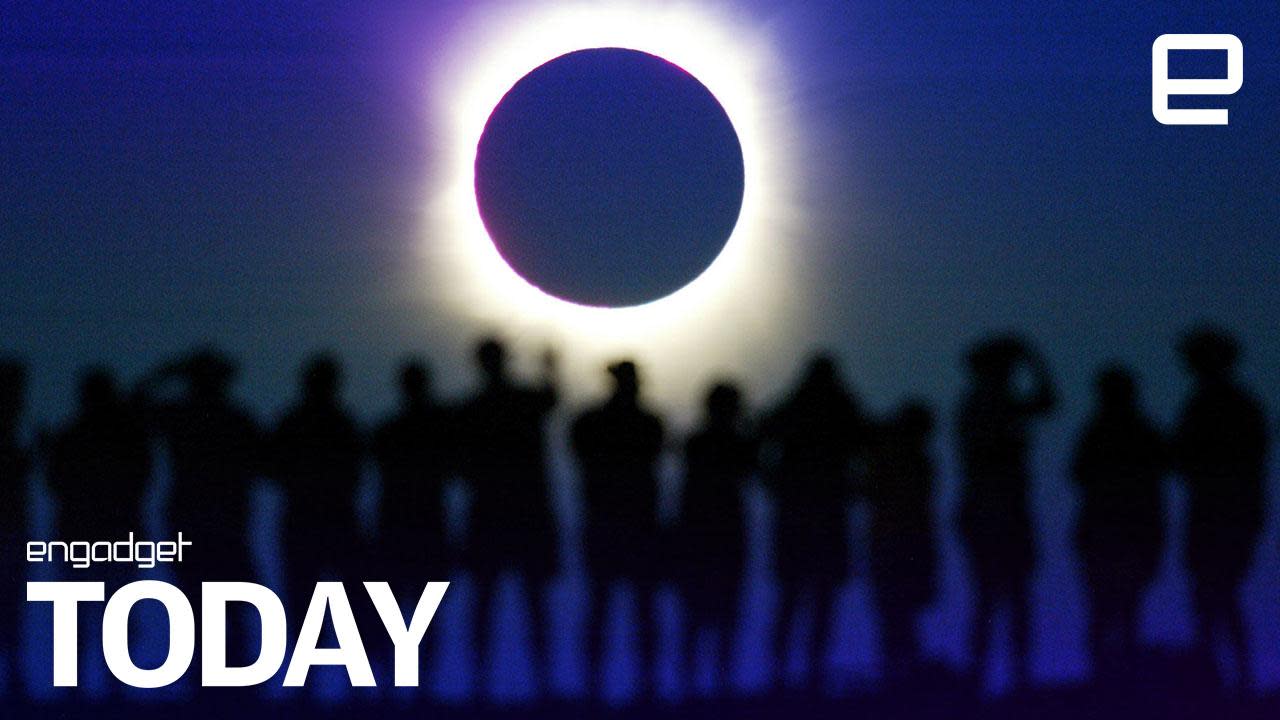 While you're stuck on Earth during today's solar eclipse, NASA jets will be performing a tricky science experiment on the Sun and its closest companion, Mercury. A pair of them will take off this morning from Houston's Johnson Space Center and follow the path of of the eclipse, allowing them to see "totality" for three and half minutes, nearly a minute longer than Earth observers. Equipped with a pair of infrared telescopes each, they'll examine the sun's corona and Mercury's chemical signatures to find out what lies below its surface.

The jets, a pair of modified WB-57F's from the 1960s, will scan the eclipse at 50,000 feet. Up there, there's less atmosphere to distort the view and scatter light (the sky is around 25 times darker), giving them possibly the world's best view of the event. At the same time, cruising at 460 mph, they'll follow the path of the eclipse and see it for longer than Earth observers, over seven minutes combined.

In the past, the Concorde jet has stretched totality to 74 minutes, but the turbulence at supersonic speeds would make telescope observations impractical. The WB-57s, by contrast, will fly smoothly with minimal jolting. That'll allow the AIRS/DyNAMITES cameras, mounted on turret-like gimbal stabilizers, to observe the eclipse optimally.

During the totality phase of the eclipse, the NASA Goddard team will examine the outer part of the Sun (mostly with visible light) to try to solve one of its biggest mysteries. No one quite knows why its corona, a plasma aura that extends millions of kilometers into space, is millions of degrees hotter than its surface.

One theory is that magnetic "Alfvén" waves conduct and magnify heat from the surface, while another contends that the extreme heat is generated by "nanoflares," tiny but numerous explosions on its surface. The high-resolution, high-speed cameras on board the jets could theoretically spot both of those phenomena. It might also prove that nanoflares are responsible for "combing" what should be a knotted mess of magnetic field lines into relatively smooth ones.

Totality is just one part of the mission, however. Thirty minutes before and after the sun is blotted out, conditions will be ideal to examine Mercury, which is so close to the Sun that it is usually overwhelmed by its light. An infrared camera can penetrate inches below the planet's surface, examining how quickly it cools.

That will tell scientists what forms the subsurface material and how tightly it's packed together -- sand disperses heat quickly, while rock holds it in longer. Even the Messenger probe, which orbited the scathingly hot (and cold) planet, wasn't able to see below the surface, as its infrared camera operated at a shorter wavelength.

It's also worth noting that the high-resolution, high frame-rate cameras may capture the best images yet of a solar eclipse. So if you're searching for a new screen-saver, maybe hold off for a few more weeks.