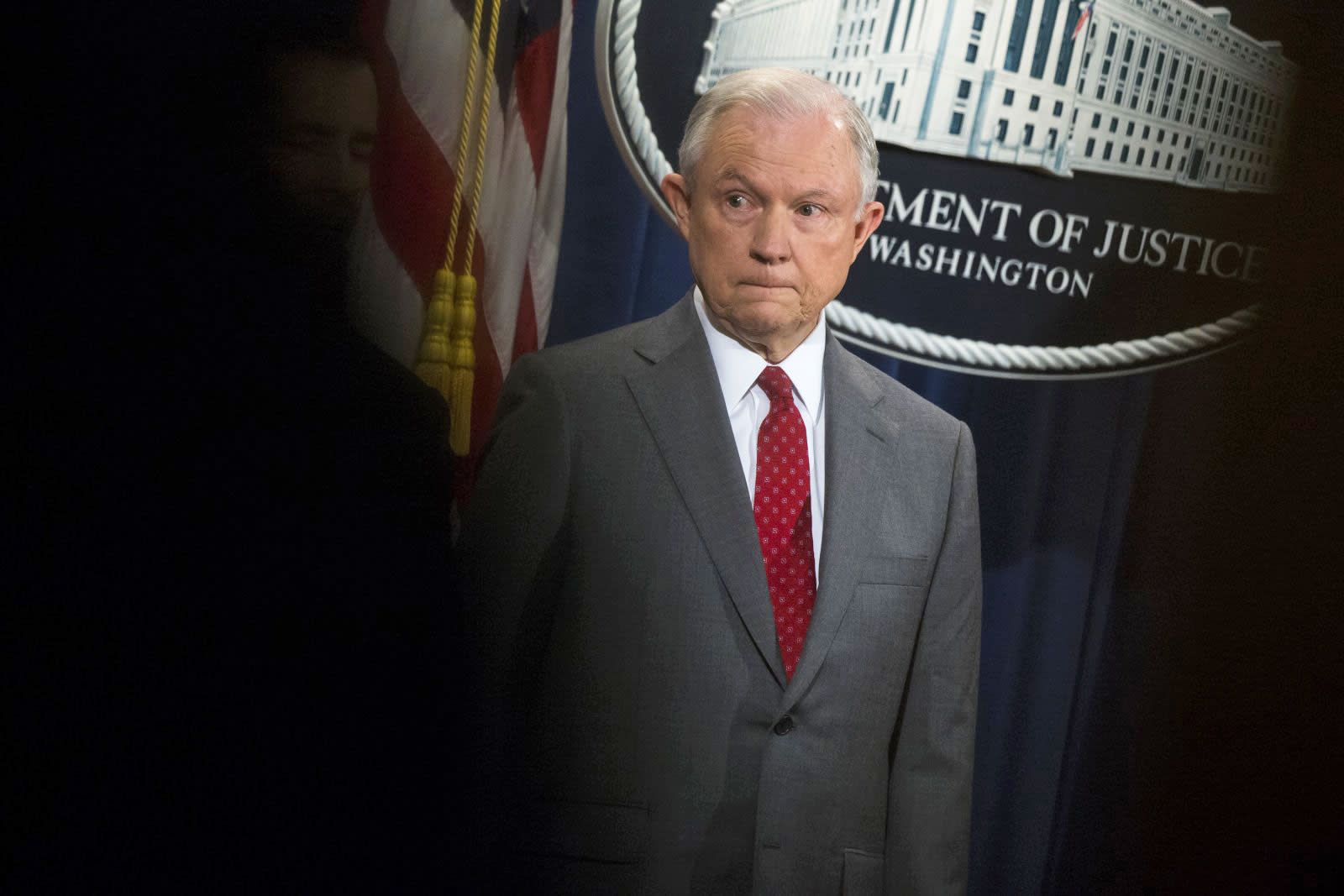 The Department of Justice has given up on getting the IPs of 1.3 million visitors to disruptj20.org, a website that helped organize protests of the president's inauguration. It originally asked the website's host, Dreamhost, for all visitors' personal info, including contact information, email and photos if available. The host refused to give in and pointed out the extreme scope of the request. Now, in its reply brief addressed to DC's court, the agency responded that it had no idea that its warrant would be so broad, since it didn't know how much data DreamHost has.

US Attorney Channing Phillips wrote in the brief that they were only after a small group of individuals who coordinated and participated in "a premeditated riot." He argued that the DOJ issued a lawful warrant, but reiterated that the additional facts Dreamhost presented "were unknown to the government at the time it applied for and obtained the Warrant..." Consequently, "the government could not exclude from the scope of the Warrant what it did not know existed."

As a result of Dreamhost's opposition, the DOJ has narrowed down the types of information it's requesting. It's now only asking for the website's content and activities from July 1st, 2016 to January 20th, 2017. The host is also not required to reveal the contents of unpublished drafts, images and metadata anymore. It won't have to disclose HTTP requests and error logs, either.

In an effort to assuage people's fears that it will use the info it gets for other purposes, DOJ says any information Dreamhost hands over will be placed under seal with the court. If you'll recall, when Dreamhost expressed its concerns about the warrant's excessive scope, it said: "That information could be used to identify any individuals who used this site to exercise and express political speech protected under the Constitution's First Amendment. That should be enough to set alarm bells off in anyone's mind."

EFF senior staff attorney Mark Rumol told Gizmodo that he expected the agency to narrow down the scope of its warrant from the start. However, the fact that it's still asking for personal and identifying information doesn't sit well with the lawyer and his organization:

"Before it was more or less a dragnet and a witch hunt and now it's just a witch hunt. It's substantially narrower but they're still after a substantial amount of content."

In this article: doj, dreamhost, gear, internet, politics
All products recommended by Engadget are selected by our editorial team, independent of our parent company. Some of our stories include affiliate links. If you buy something through one of these links, we may earn an affiliate commission.