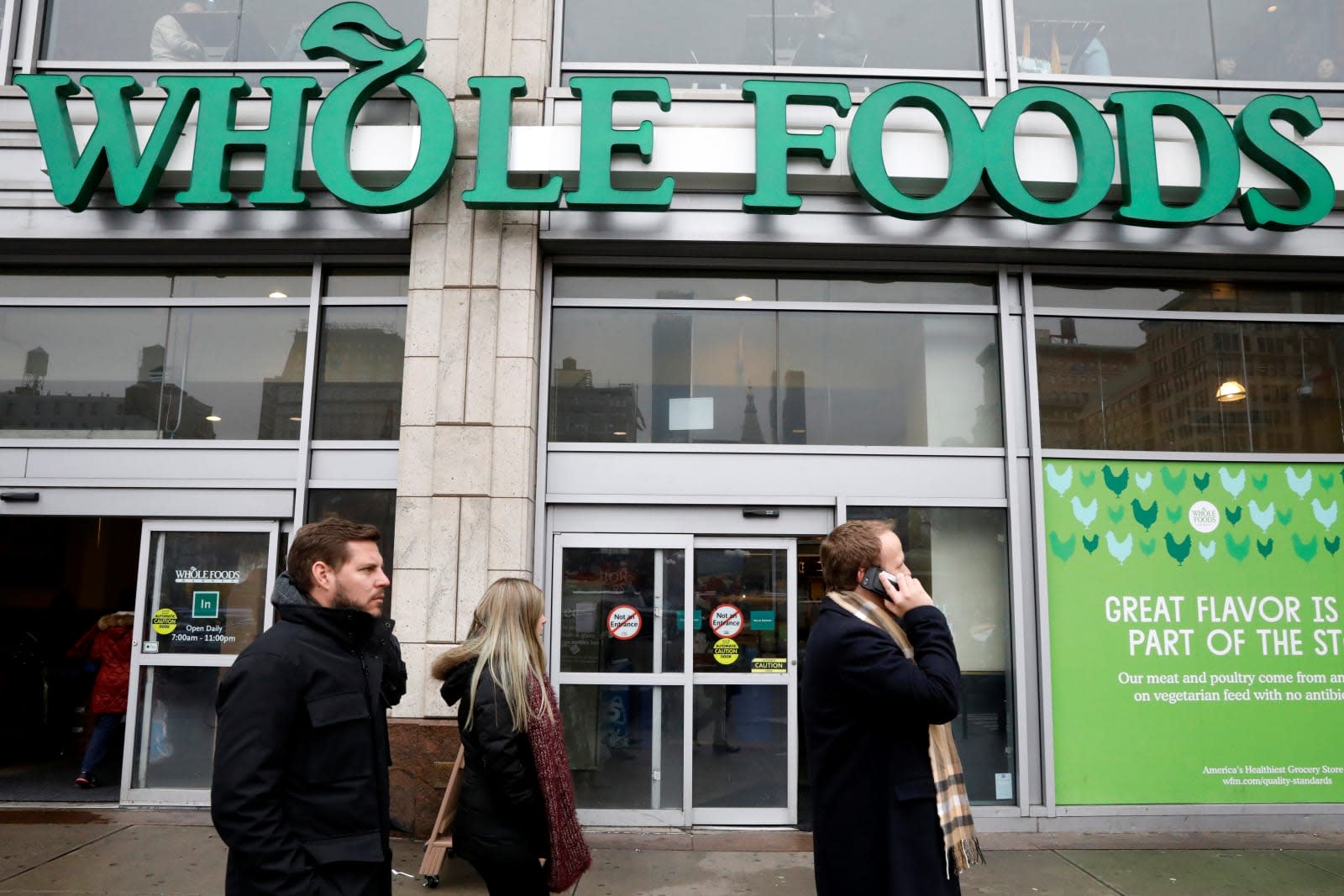 Amazon just got much closer to completing its purchase of Whole Foods. The Federal Trade Commission has decided against further pursuing an investigation into the $13.7 billion deal, arguing that there's no evidence the mega-merger "substantially lessened" the competitive landscape. The FTC won't rule out the possibility of an investigation if Amazon exhibits shady behavior down the line, but the internet retailer is otherwise in the clear.

At the same time, the wheels are turning inside Whole Foods itself: the grocery chain's shareholders have voted in favor of the deal. The outcome wasn't exactly unexpected (this was far from a hostile takeover), but it's one less issue to deal with as Amazon tries to close the deal by the end of the year.

Whether or not Amazon's deal is anticompetitive isn't an easy answer. It's true that this isn't a conventional case of market consolidation, since Amazon only just got into physical grocery stores. However, the concern is that Amazon might dominate in the long term. While its internet shopping know-how could help it minimize food waste and otherwise improve Whole Foods, it could also misuse its knowledge to prevent comparison shopping and design reward systems that discourage you from switching stores. The FTC may be right, but it also hasn't had to deal with an online powerhouse like Amazon making inroads into retail on this scale.

In this article: acquisition, amazon, business, food, food and drink, food-and-drink, foodanddrink, ftc, gear, groceries, internet, politics, wholefoods
All products recommended by Engadget are selected by our editorial team, independent of our parent company. Some of our stories include affiliate links. If you buy something through one of these links, we may earn an affiliate commission.