What it lacks in portability, it makes up for in features.

While companies like ASUS, Acer and NVIDIA are working on making gaming laptops thinner and lighter, HP is going in the opposite direction with its huge Omen X Laptop. It weighs a whopping 10.8 lbs, which is close to other 17-inch gaming notebooks. In exchange for being unable to carry it easily, you get an incredibly customizable notebook; one with enough graphics horsepower to handle anything you throw at it -- even 4K gaming.

Everything about the Omen X screams power. Its sharp, angular design makes it seem like some sort of military weapon. I would liken it to a Stealth Bomber, though nothing about it is particularly stealthy. It's a big machine -- one that makes its presence known long before you ever touch it. As you can imagine, given that it's so hefty, it's difficult to hold even with two hands. It likely won't even fit into laptop bags meant for 17-inch machines; you'd have to devote the main compartment of a large backpack to the Omen X. Under the hood, it can fit in an NVIDIA GTX 1080 as well as an Intel Core i7-7820HK CPU.

Clearly, the Omen X is meant for the sort of gamer who cares about getting the most complete laptop experience possible. And, ideally, they wouldn't want to move their machine around much. It also features a mechanical keyboard, which feels wonderfully responsive, even though it doesn't have as much room for keys to click as a desktop offering. It's well-suited for gaming, thanks to programmable macros, but it's also the sort of keyboard that simply feels pleasant to type on.

The Omen X's expandability is particularly intriguing. You only need to remove ten tiny Philips screws to pop open the bottom of its case, which allows you to upgrade the RAM, storage and other components. You can even set up RAID 0 to boost your disk performance. It took an HP representative a few minutes to remove the screws, but unfortunately, they weren't able to open the case of the prototype they were demoing. I didn't get a chance to test out its overclocking capabilities, either, but HP claims you'll have full control of the CPU and GPU for tweaking. 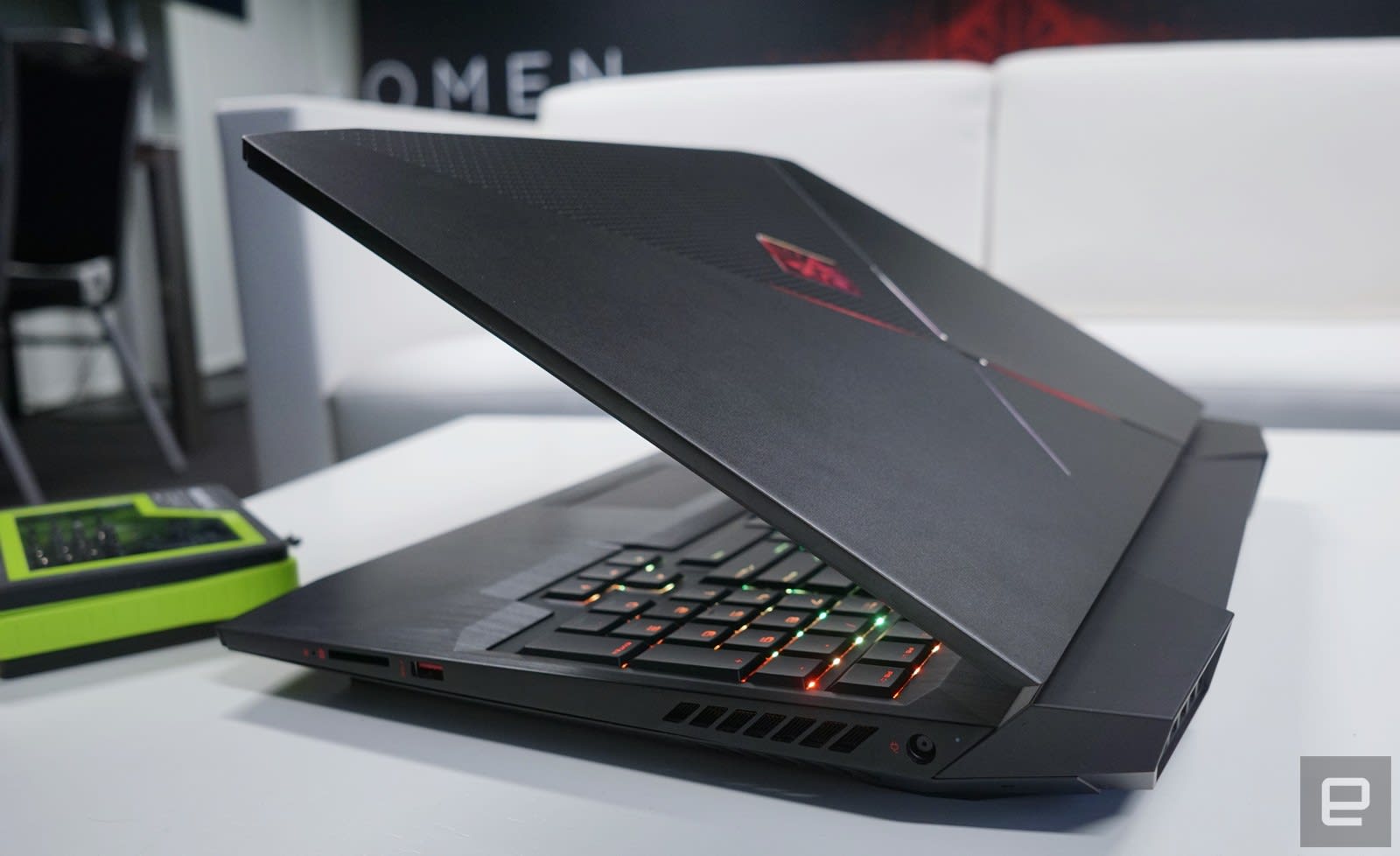 You can nab the Omen X with a 120Hz 1080p screen, or a 60Hz 4K display. Even though it has a large 17-inch monitor, I'd personally go for the faster refresh rate, since that lets it show much higher framerates. 4K on a laptop, even one this big, still won't be very noticeable. It would have been nice to see a 120Hz 1,440p screen, though, just for an added bit of sharpness.

The 1080p Omen X display looked bright and fluid while playing Battlefield 1 at 120FPS. Most of that was due to the monitor's high refresh rate, but it also has NVIDIA G-SYNC support to smooth out games that don't reach such exorbitant FPS counts. The laptop will start at $1,999 with an NVIDIA GTX1070 GPU when it's released in November.

Ultimately, the Omen X laptop is impressive given the sheer amount of features and customizability HP managed to stuff in. It's not meant to take on ultra-thin gaming laptops like the ASUS ROG Zephyrus. It's a beast -- but a beautiful one.

All products recommended by Engadget are selected by our editorial team, independent of our parent company. Some of our stories include affiliate links. If you buy something through one of these links, we may earn an affiliate commission. All prices are correct at the time of publishing.
View All Comments
HP's Omen X is a monstrous, customizable gaming laptop