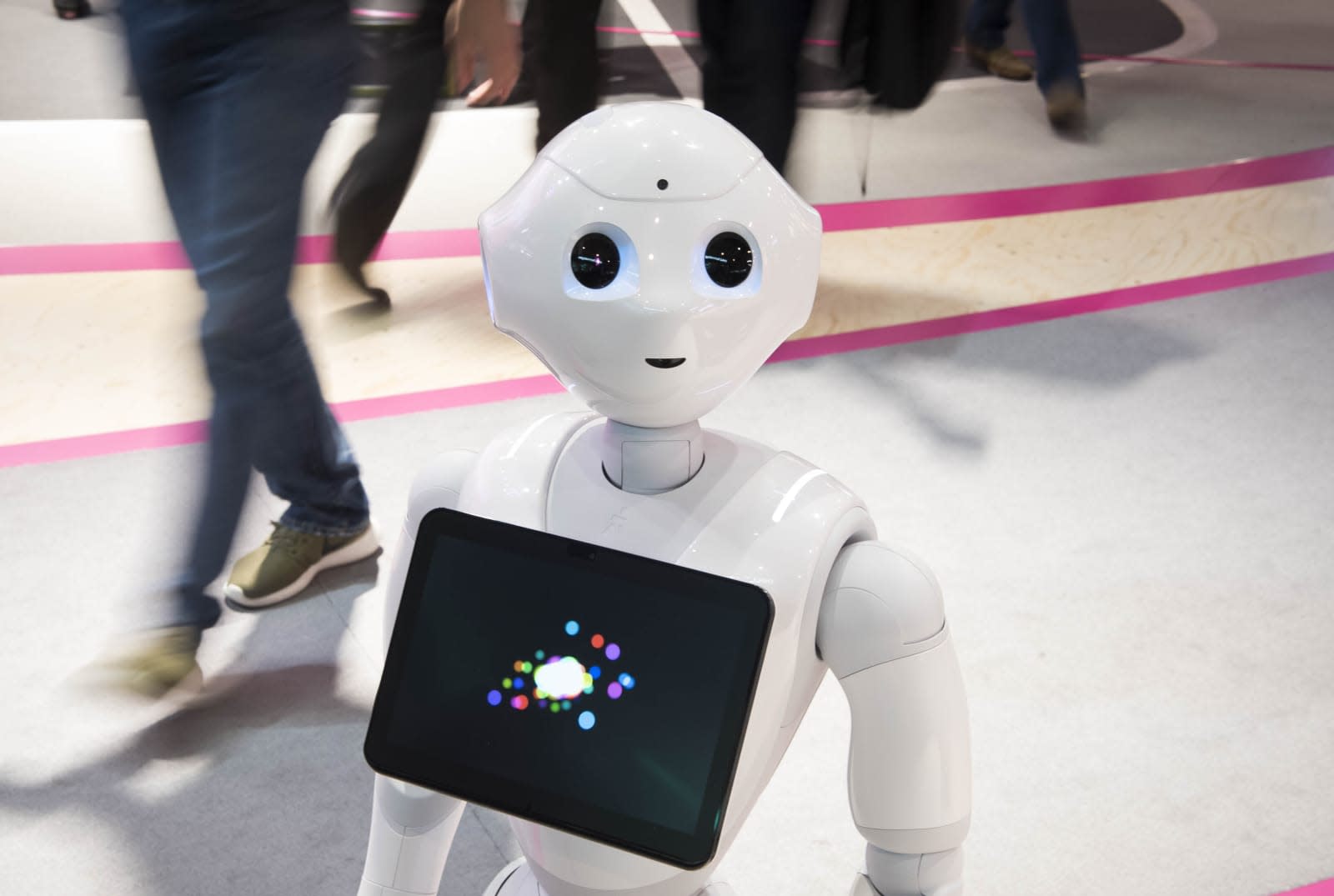 Pepper the robot has seen a variety of gainful employment in its relatively short life. It's worked in a mobile phone store, a Pizza Hut and a French train station, but now it seems it's jacking in the corporate world for more spiritual pursuits: Buddhist funerals. At the happily-titled Life Ending Industry Expo in Tokyo, Aldebaran's humanoid 'bot could be found clothed in religious robes and chanting sutras in a computerized voice while tapping a drum.

Nissei Eco Co., which wrote the chanting software for Pepper, believes the robot could play a pivotal role in funeral ceremonies when priests aren't available, and for a lower price too. A human priest costs around 240,000 yen ($2,200) per funeral, while Pepper is a bargain at just 50,000 yen ($450). But it seems Pepper is missing an important qualification for the job. As Reuters reports, Buddhist priest Tetsugi Matsuo said he wanted to see if Pepper could bring enough heart to the role, because for him, "the heart is the foundation of religion". There's no word of his final thoughts on the matter, but suffice to say Pepper has not yet been hired for a ceremony.

In this article: AldebaranRobotics, Buddhism, funeral, LifeEndingExpo, Nissei, Pepper, robots, SoftBank, Tokyo
All products recommended by Engadget are selected by our editorial team, independent of our parent company. Some of our stories include affiliate links. If you buy something through one of these links, we may earn an affiliate commission.