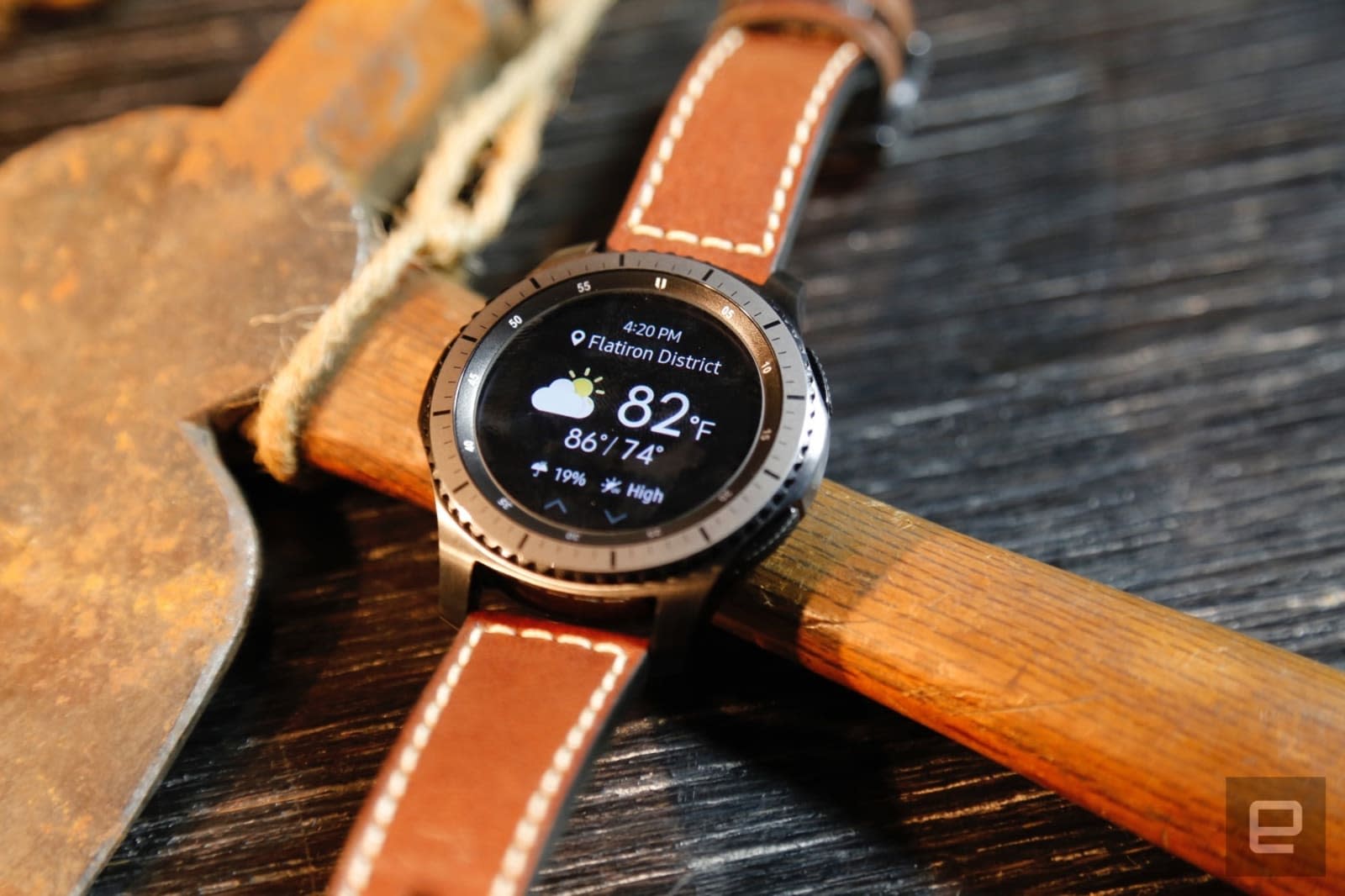 The Galaxy Note 8 isn't going to be Samsung's only big mobile offering this fall. Mobile chief DJ Koh tells CNBC that the next Gear S smartwatch will make its debut at the IFA trade show, where Samsung will have an event on Aug. 30th. The executive isn't saying much about what this wristwear will entail, of course, but he might have dropped some clues when opining about the struggling wearables market. He believes that smartwatches could become more valuable if they monitor more aspects of your health: Don't be surprised if the Gear S4 (or whatever it's called) tracks more of your vital stats.

This might not be Samsung's only wrist-worn device at IFA either. Leaks have pointed to a Gear Fit 2 Pro in the works, and Samsung itself inadvertently posted a listing for the device (since taken down) before the Note 8 event began. Based on that page, the Gear Fit 2 Pro would revolve around swim tracking, with a 5 ATM water-resistant design, and stat tracking through a Speedo app. You'd also get a more traditional watch buckle (to keep the device on your wrist mid-swim) and offline Spotify music playback. There's no guarantee that the Pro will debut at IFA, but it makes sense as a complement to the Gear S line.

In this article: activitytracker, gear, gearfit2pro, gears, gears4, mobile, note8event, samsung, smartwatch, wearable, wearables
All products recommended by Engadget are selected by our editorial team, independent of our parent company. Some of our stories include affiliate links. If you buy something through one of these links, we may earn an affiliate commission.