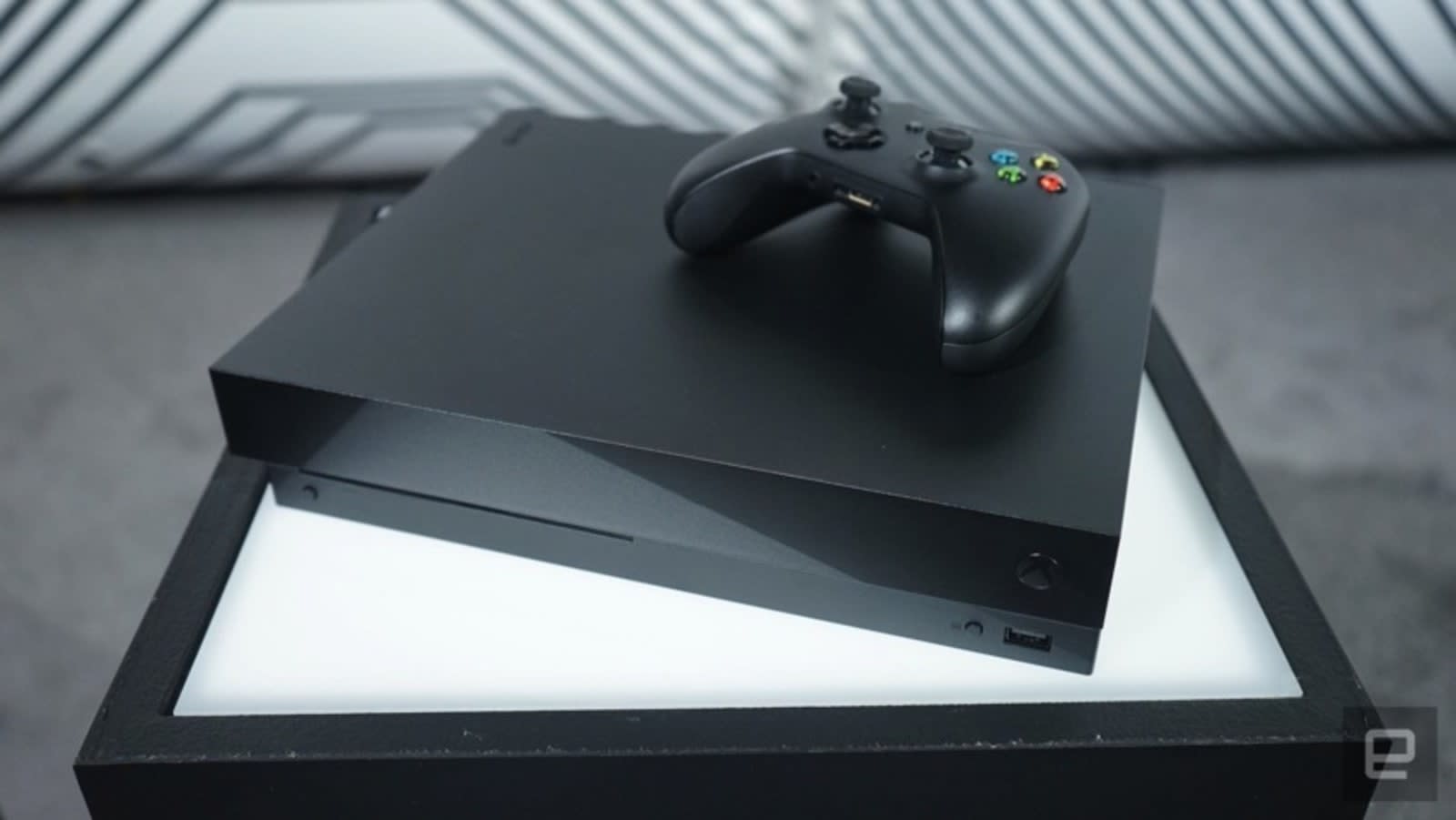 Microsoft has been counting the days until the release of its powered-up mid-generation console, the Xbox One X, on November 7th. The company even announced a stylized but otherwise identical Scorpio edition to commemorate the launch. Apparently, that's gotten players hyped up enough to preorder the console in record but entirely unspecified numbers, Microsoft boasted in a blog post:

"Within just a few days, we saw record-setting sell-out times and are currently sold out in many countries around the world. You, our biggest fans, have pre-ordered more Xbox One X Project Scorpio Edition consoles in the first five days than any Xbox ever."

The post didn't give any figures, making it hard to understand this milestone in comparison with other console releases. It did quote an SVP of merchandising for GameStop who said that the Scorpio edition sold more preorders than the original Xbox One, but without numbers we can only guess at the how much of a splash the mid-generation console will make. We weren't impressed with the slate of launch content and remained skeptical about the Xbox One X's value, but check out the list of games getting enhanced (to whatever degree) by the souped-up console to judge for yourself.

When reached for comment, Microsoft stated that it does not disclose sales numbers.

In this article: business, gadgetry, gadgets, gaming, microsoft, sales, Xbox, XboxOne, xboxonex, xboxonexprojectscorpioedition
All products recommended by Engadget are selected by our editorial team, independent of our parent company. Some of our stories include affiliate links. If you buy something through one of these links, we may earn an affiliate commission.