Microsoft's Xbox One X is still a tough sell

Being the most powerful console ever isn't enough.

We get it, Microsoft. The Xbox One X is a beast! It'll run games in native 4K! (Not like that sometimes-4K from the PlayStation 4 Pro.) It's basically everything we've ever wanted, spec-wise, from a video game console. And yet, many aspects of the Xbox One X still fall flat, even though we're just a few months away from its November 7th release. That was more clear than ever at Gamescom this week, where Microsoft kicked things off with an overly long presentation that didn't give us many reasons to actually get excited for the One X.

Let's start with the good: It's nice to see there there are more than 100 Xbox One X enhanced games on the horizon. While they won't all be available for the system's launch, the list is a good sign that developers are actually eager to take advantage of the new console's additional horsepower. Unfortunately, it's still unclear how "enhanced" these games will be -- we don't know if they'll offer full 4K rendering, for example.

All of the other Xbox One X news at Gamescom, meanwhile, was disappointing on some level. Microsoft kicked off pre-orders of the console by announcing the limited edition "Project Scorpio" model, which has some special branding and a "sophisticated and dynamic" case pattern. Oh, and it's the only launch Xbox One X with a vertical stand. Yay?

As for new games, there's Jurassic World Evolution, the dino theme park builder nobody asked for, and a "Definitive Edition" of the ill-received ReCore. Additionally, Microsoft is remastering its two Disney games, Disneyland Adventure and Rush: A Pixar Adventure as well as Zoo Tycoon, with 4K and HDR support. I'm sure those games have an audience, but they're not the sort who would care about having more pixels. And I wouldn't call any of them system sellers -- especially for a high-end console.

All in all, it's a shame to see that Microsoft's pitch for the Xbox One X hasn't changed much since E3. At the time, I argued that it was too expensive and didn't really have many compelling reasons for Xbox One owners to upgrade this year. That's still the case. Engadget associate editor Timothy J. Seppala called it "aspirational in the purest sense of the word." To get the most of the Xbox One X, you'd need a 4K HDR TV and a fancy surround-sound system with Dolby Atmos support. There's nothing wrong with aspirational tech -- Apple and Tesla have pretty much banked on that. But if you're going to go down that route, you'd best be sure you're offering something nobody else is.

In my brief hands-on time with a few Xbox One X titles at Gamescom, it was clear that the system was pushing out significantly better graphics than the standard Xbox One. Fighting enemies and running around the world of Middle-Earth: Shadow of War was silky smooth in native 4K and 30FPS -- I didn't notice any slowdown, even when I was surrounded by a dozen enemies. The HDR lighting also made my character's ghostly superpowers pop on the screen. Gears of War 4 also looked fantastic, with better texture and model detail than before. It also features HDR, but so did the Xbox One S version. (It remains to be seen if future HDR games will support the older console.) But while it looked better, seeing the Xbox One X in action made it abundantly clear that it's something only hardcore gamers will appreciate. The $250 Xbox One S is still a very capable machine, especially if you're stuck with a 1080p screen. Even if you've got a 4K TV, the One S also features 4K Blu-ray, and it upsamples games to the higher resolution (though that's no match for actually rendering them with more pixels). Honestly, it seems like Microsoft is simply confused about how it wants to position its consoles. Why else would the company announce a $400 Xbox One S for Minecraft fans?

The Xbox One X is a particularly tough sell because it comes a year after the PlayStation 4 Pro, which also made 4K and HDR a big part of its appeal. It's not powerful enough to play most games natively in 4K, but it still gives developers the ability to push past 1080p and cram in more visual effects. Together with the addition of HDR (high-dynamic range) lighting, the PS4 Pro can still make games look much better than the standard PS4. And it did all of that last year for $400. I wouldn't be surprised if we see slight discounts as we approach the holiday season, which will make the Xbox One X's $500 price stick out even more. 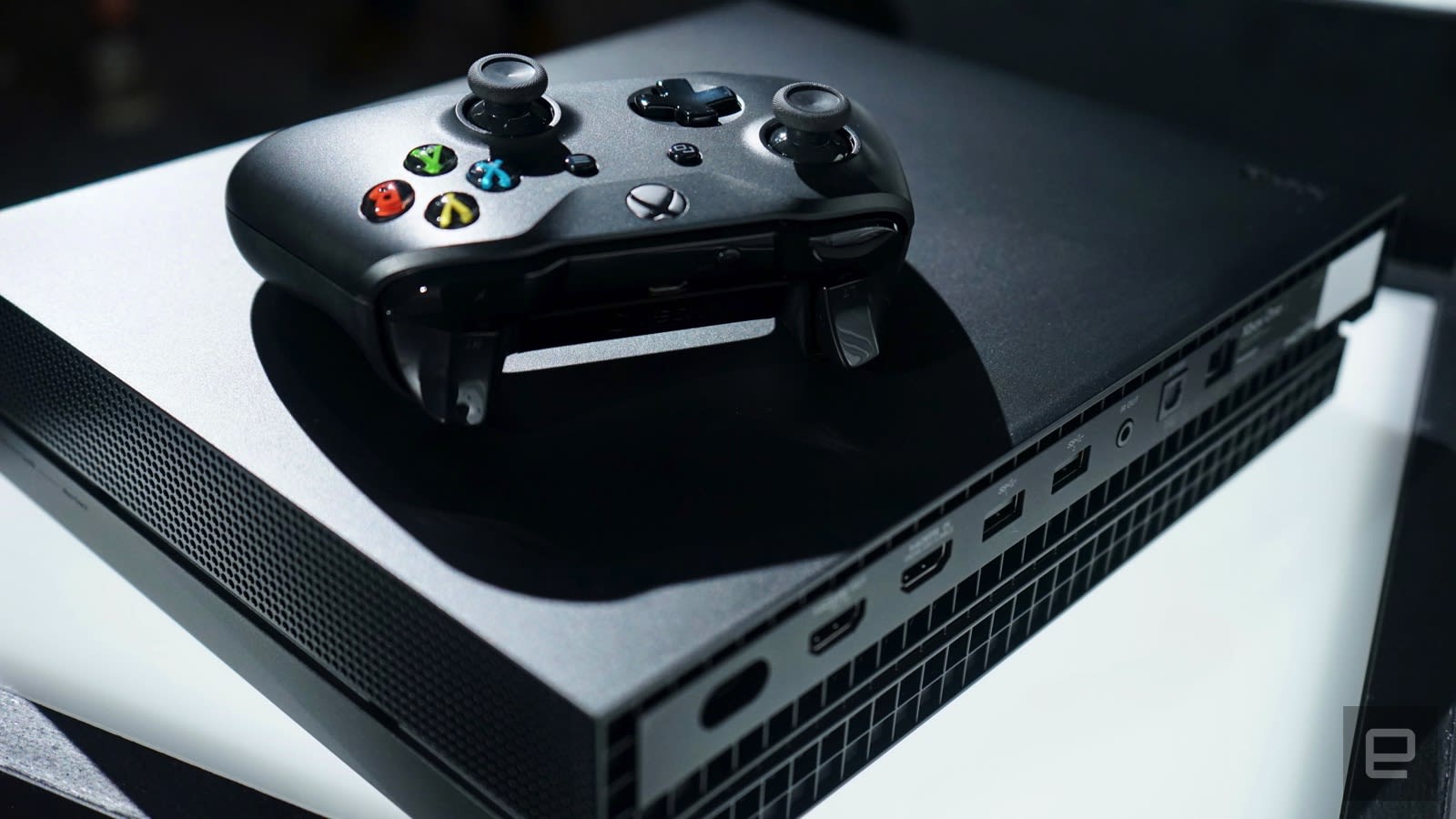 Another major disappointment? Microsoft still isn't saying anything about the Xbox One X's VR support. We know it's coming eventually, but the lack of clarity around the company's VR plans is a sore point. That's particularly true since the PlayStation VR also launched last year, just in time to pair nicely with the PS4 Pro's additional horsepower. Sure, PS VR had some issues at launch, but it was still better than I expected, and it managed to bring the entry price for VR down significantly. And since then, it's also built up a solid library of games.

When Gamescom began, I eagerly pre-ordered the Xbox One X, even though I knew it wouldn't reach its full potential until next year. But at this point, I'm considering canceling my order. It just doesn't make sense to invest in the Xbox One X now, when there's little differentiating it from the PS4 Pro. That will change eventually. And for Microsoft's sake, I hope it's sooner rather than later.