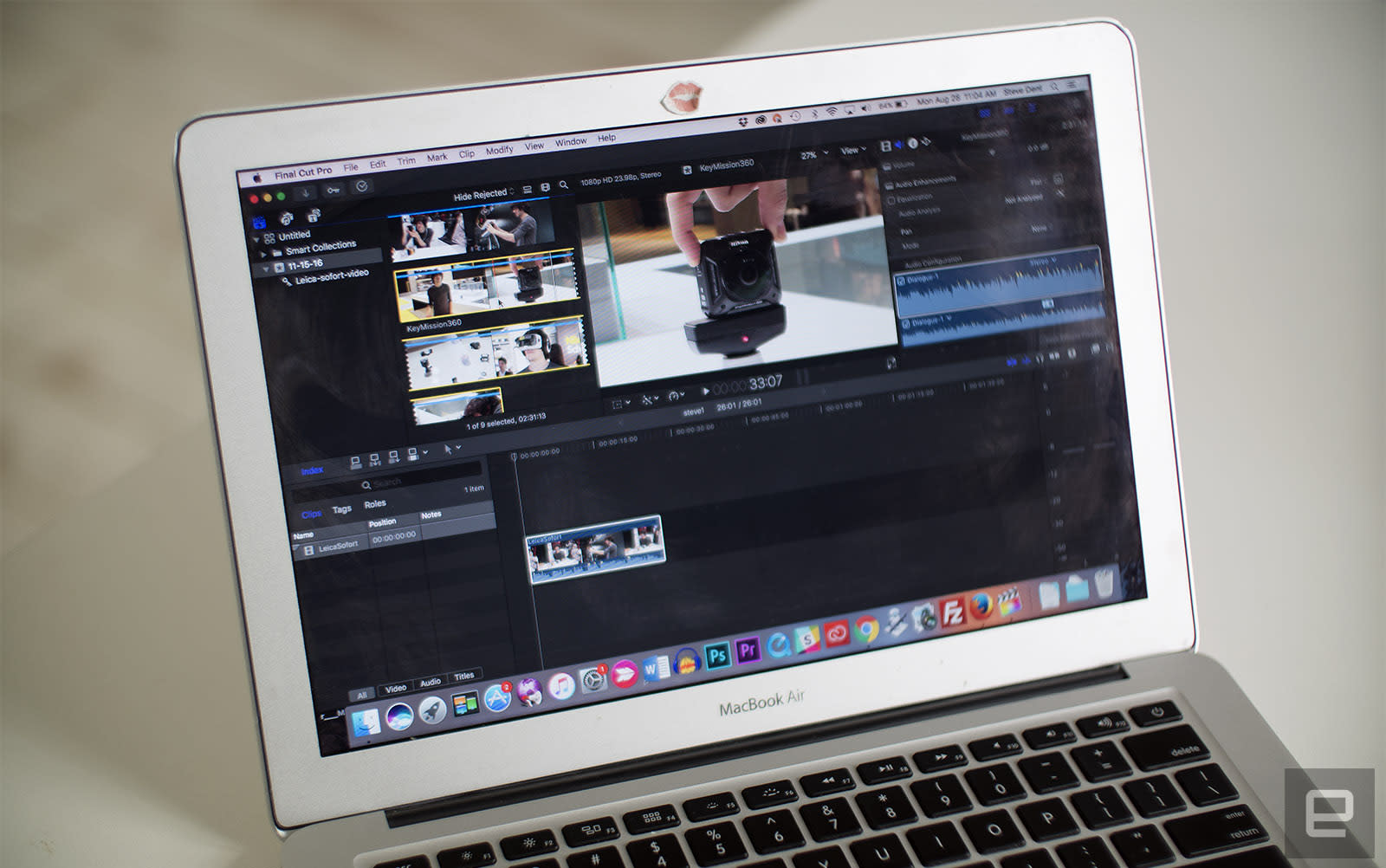 When Final Cut Pro X (FCP X) launched to replace version 7, it sent shockwaves through the professional editing community. Many users had moved to FCP 7 from Avid because it was cheaper, and after much development on Apple's part, was capable of doing professional jobs. However, FCP X was widely aimed at consumers and lacked a lot of professional features, so many stuck with the original. That's going to be difficult now, though, as Apple has told users via email that its latest version of macOS, High Sierra will not run the older version anymore.

In a letter seen by Cinema 5D, Apple told users that "older versions of Apple pro video applications -- including applications in Final Cut Studio -- will not launch on a computer running macOS High Sierra." It adds that Final Cut Pro X, Motion 5 and Compressor 4 work just fine on its latest OS and advises updating to those.

A lot of editors and studios relied on FCP 7, and many of those switched to other apps -- yes, it was quite a drama at the time. It isn't a huge problem for most folks now, as FCP X has received many, many updates that make it more capable for pros. There are also a lot more viable alternatives now, including cheaper and even free versions of Avid, Premiere Pro CC, Da Vinci Resolve and others. Nevertheless, there are custom add-ins and software for FCP 7 that some pro and film houses may still rely on. Those folks can stick with older versions of macOS, but that's not ideal, security-wise.

Apple has always been ambivalent about professionals who use its products, as those folks are (rightly) demanding and tend to eat up support resources. As such, many users suspect that Apple cares a lot more about iPhones than high-end products like the Mac Pro -- for all the headaches, they make up just a fraction of Apple's total revenue.

At the same time, there's a school of thought that Apple's high-end Macs and associated software are used by passionate fans that help drive handheld device sales. In the case of the Mac Pro, Apple seems to agree and has promised to launch a new model in 2018.

In this article: apple, Compatibility, Editing, FinalCutPro7, gear, HighSierra, MacOS, personal computing, personalcomputing
All products recommended by Engadget are selected by our editorial team, independent of our parent company. Some of our stories include affiliate links. If you buy something through one of these links, we may earn an affiliate commission.