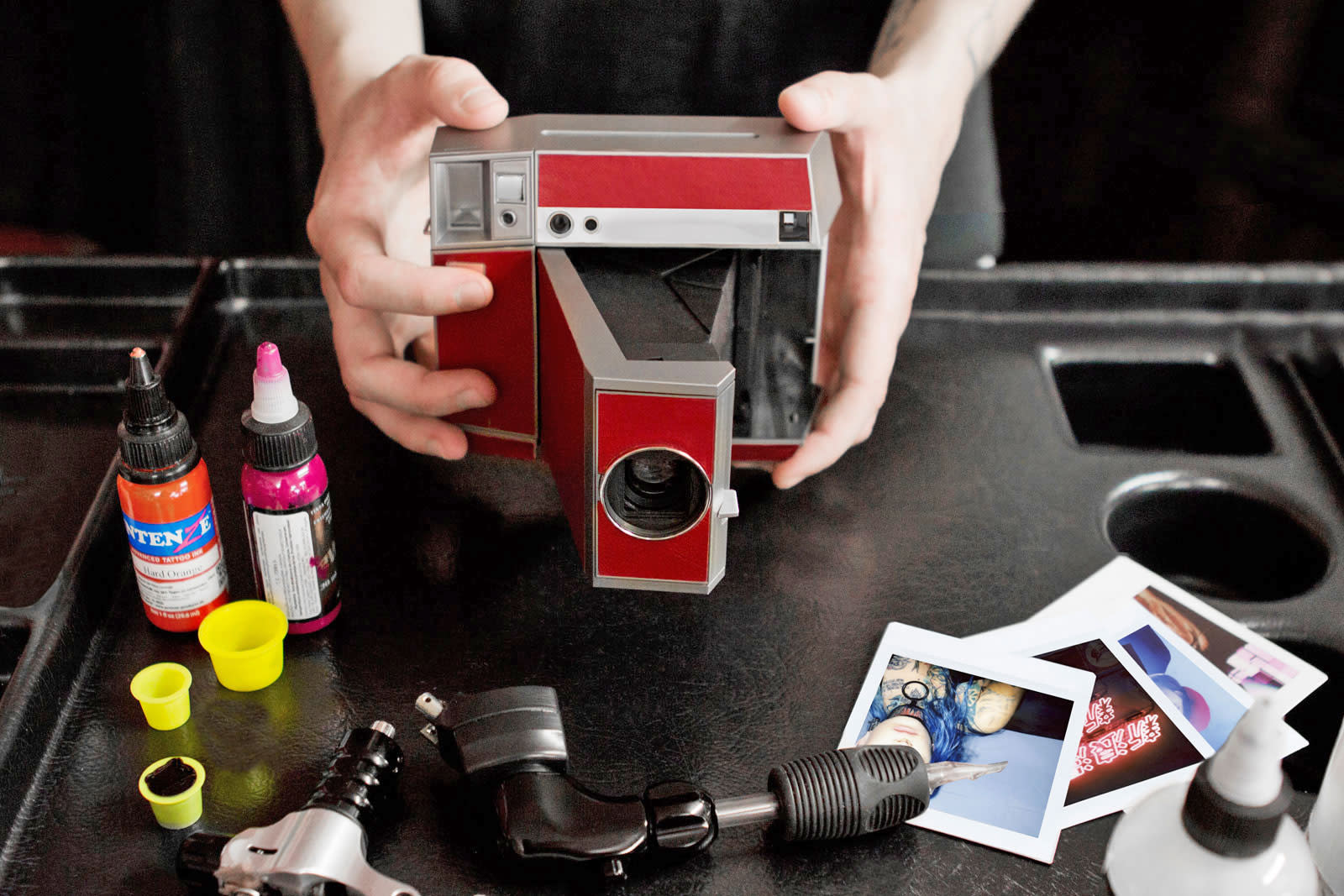 Do you prefer to shoot photos with a completely analog camera, but wish you could get in on the square photo trend that's all the rage with the Instagram crowd? Lomography thinks it can help. It's crowdfunding the Lomo'Instant Square Camera, a fully analog instant camera that takes the same square Instax film you'd use in Fujifilm's semi-digital Instax Square SQ10. You won't have to look far to restock, in other words. The camera itself, meanwhile, revels in its non-digital nature -- although there are some concessions to modernity.

The design uses a bellows-like mechanism to keep the design compact while offering a 95mm glass lens. You have to use color gels for flash filters, and you'll have just 10 shots (indicated with LED lights) with each roll. You do get a fully automatic mode, though, and there's a remote-controlled shutter release so you can take that old-school selfie whenever you're ready. You can also expose the same frame as many times as you like if you're going for a multi-shot effect.

Like the idea? You might want to move quickly. The Lomo'Instant Square will normally sell for $199, but you can snag it for $129 if you back it in the first day of the campaign (that's August 29th, if you're reading this in time). Relative latecomers can score a camera with a $149 pledge, and shelling out more will get you combos that include more of the gear you might want when getting started. All of them are expected to ship in March 2018 if all goes well. That's not a trivial amount for a camera which is practically defined by its constraints, but look at it this way: if you wish you'd been around when Polaroid's instant film cameras were cutting-edge tech, this may be the closest you'll get to hopping in a time machine.

In this article: analog, camera, cameras, crowdfunding, film, filmcamera, gear, instantcamera, instax, instaxsquare, kickstarter, lomography, lomoinstantsquare, nostalgia, photography, retro
All products recommended by Engadget are selected by our editorial team, independent of our parent company. Some of our stories include affiliate links. If you buy something through one of these links, we may earn an affiliate commission.