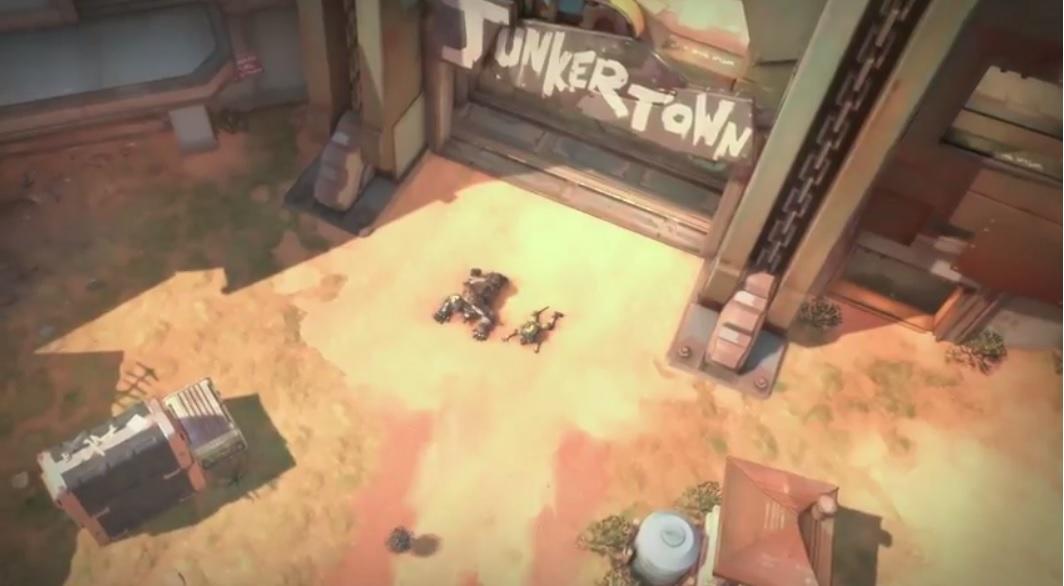 Hot on the heels of the deathmatch modes added to the main game today, Overwatch is allowing players to try out the game's next map, Junkertown, on the PTR servers. While only PC owners get to play on the test servers, they'll get some time to explore the hero shooter's payload map before it hits the game proper.

Blizzard announced the new map last week during Gamescom, and it looks like another vibrant playing field riddled with lore easter eggs. Junkertown is a lawless commune in the Australian wastes overseen by a mysterious unseen queen that makes her presence known in the map's trailer. Nuclear weapons deployed against the robotic Omnic menace turned the country into a post-apocalyptic wasteland -- the only place where lawless rapscallions Junkrat and Roadhog could've come from.

Lucky Gamescom attendees got first crack at the map, which will be a payload mission. Players must escort Roadhog and Junkrat's booty accumulated during their worldwide robbing spree. Naturally, there will probably be a number of other story hints tucked into the map's corners. By the by, if you notice your favorite heroes acting a little different, it's not the new map: The Overwatch team tweaked Roadhog, Orisa, Widowmaker and Junkrat, so check the notes for today's patch.

In this article: av, blizzard, BlizzardEntertainment, gaming, overwatch, ptr
All products recommended by Engadget are selected by our editorial team, independent of our parent company. Some of our stories include affiliate links. If you buy something through one of these links, we may earn an affiliate commission.