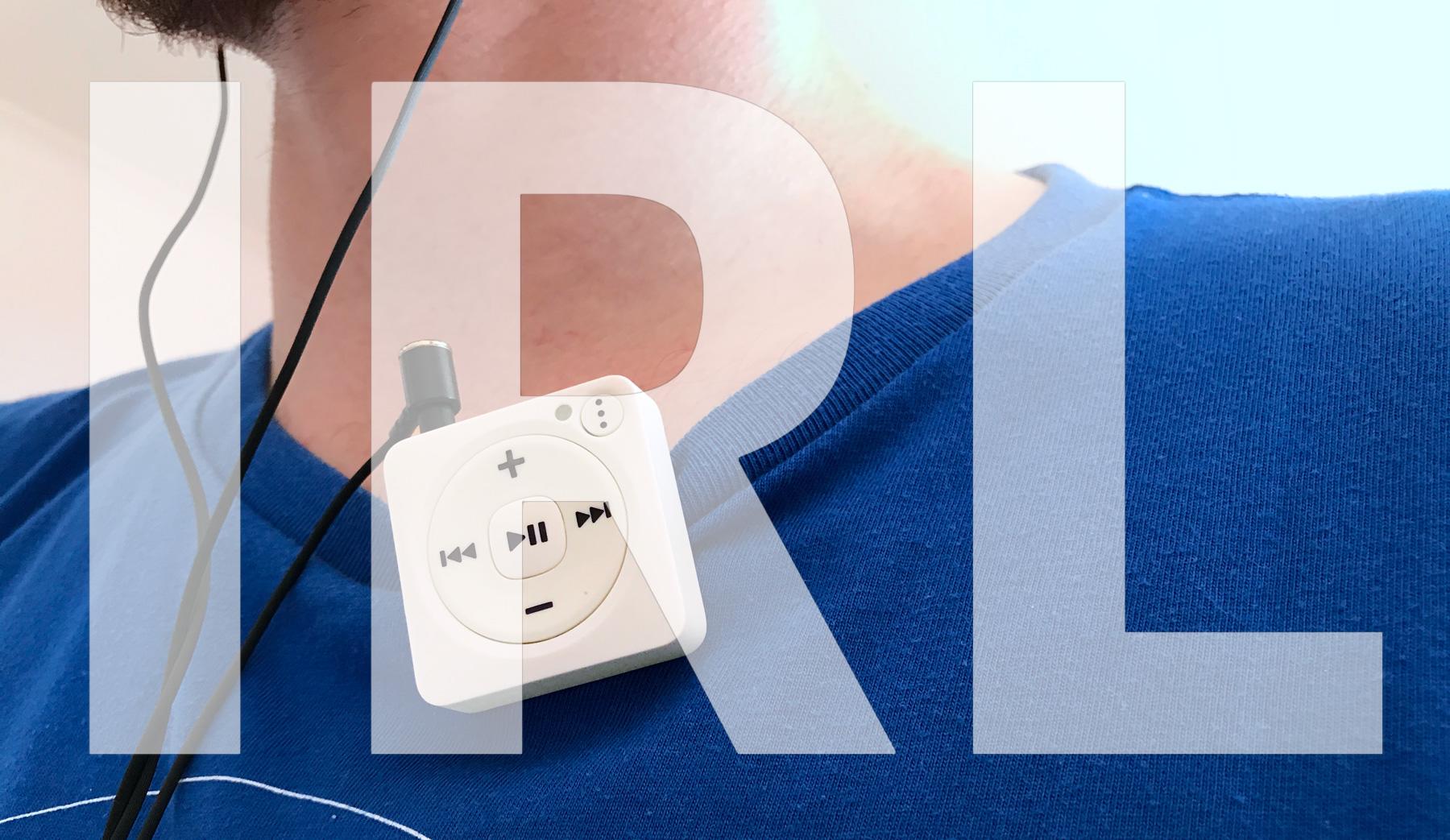 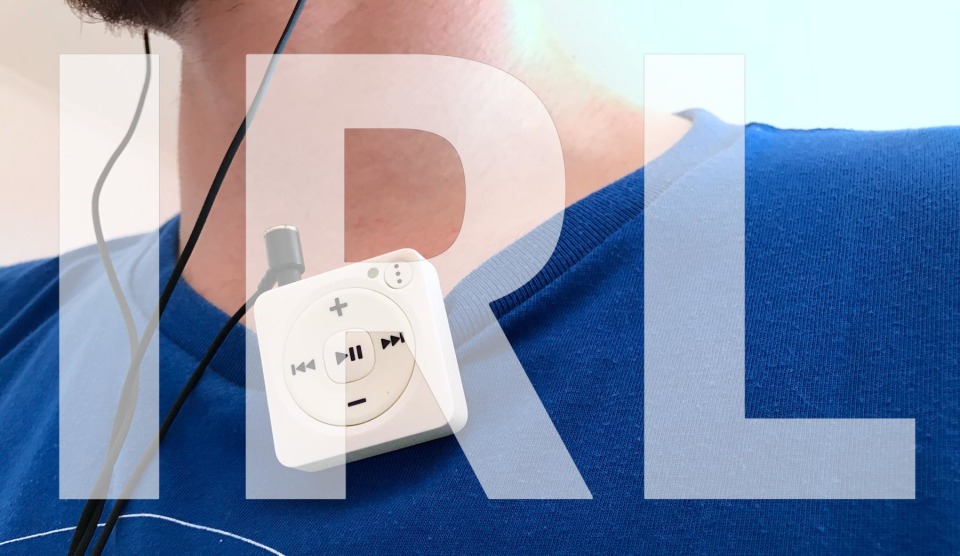 This month's In Real Life focuses on self-improvement: taking your Spotify playlists to the gym minus your phone, getting some app-powered help on your savings and, er, being a better gamer on the Nintendo Switch. I like spending money, but I'm not so great at saving it. I've used Mint and other budgeting software before, but they still require me to do the heavy-lifting of actually watching what I spend. So after doing a bit of research, I decided to try out Qapital, an app that promises to do the saving for me. I've been using it for about a month now, and I've already saved up around $500 -- without really trying.

The trick with Qapital is that it lets you set up a series of rules that'll automatically transfer money out of your bank account and into your Qapital account. And the great thing is, you can create whatever rule you want. So for example, you can have a "Round-Up" rule that'll automatically round up each expense to the nearest dollar and transfer the difference. Or you can create a rule that'll chip in $10 every time you spend something on Amazon (which Qapital calls the "Guilty Pleasure" rule).

For the extra nerdy, you can even hook Qapital up with If This Then That (IFTTT), a service that connects different internet accounts together. This way, you can save a buck every time you post a photo on Instagram, or save $5 every time you tweet. You can also set it so that it saves money every time you reach your 10,000-step goal, if you're so inclined. When the money arrives in your Qapital account, it gets siloed into one or more of different goals that you've set up for yourself. This can be something like a "Rainy Day" fund with a goal of $10,000 or a "Vacation" fund with a goal of $2,000. Qapital encourages you to have smaller, multiple goals to work toward (so you can get the satisfaction of achieving something), but it works just as well with the one big goal.

I opted to choose rules that saved money every time I spent -- the Round-Up rule as well as the Guilty Pleasure rule. I also had three separate goals set up, with the same rules applied to each one. Before I knew it, I was putting away almost a hundred dollars a week -- every time I went to the grocery store or bought a gadget on Amazon, extra money was shuffled from my bank account to Qapital. I was pleasantly surprised by just how much money I could save and still be able to live my life the way I always have.

I'll warn here that you do need to give Qapital your bank login credentials for the whole thing to work. If you use credit cards for your spending, you'll want to add those account logins to the Qapital app too, so that your spending can trigger the rules. That might scare off some of you, but this is how Mint and most other budgeting apps work. Besides, the Qapital account is FDIC-insured, so you won't have to worry about your money disappearing in the middle of the night. Also, you can transfer the money out of Qapital any time you want. You can even use Qapital to pay your bills directly.

There's one caveat though, and it's an important one: You don't earn any interest on the money you put away in your Qapital account. After all, the service is free -- the interest from your savings goes directly to Qapital instead of you. It would be far more prudent and money-wise for you to simply transfer all that money into your very own interest-earning account yourself. [Ed. Update: Qapital has informed us that Spending and Goals accounts do earn interest, but only 0.1 percent]

But if you need help saving and you want it to be done automatically, then Qapital does provide a simple and elegant solution. An interest-earning savings account will get you more money over time, sure, but this is better than not saving anything at all.

Billy has already given the Mighty a thorough testing here, but for the uninitiated, it's an iPod Shuffle-esque Spotify player with both a headphone socket and the ability to play music wirelessly. As I'm a foolish iPhone 7 owner, my headphone choices have gravitated towards wireless options. But I still own some wired sets, which generally offer better sound quality. (Oh yeah, and Apple stopped selling the iPod Shuffle.) Finally, I could listen again to my Spotify tracks with higher-quality 'phones on my commute, at the gym and the rest. I was an early backer on Kickstarter -- yeah, I can't believe it happened either, and my device even landed ahead of review samples. I've had it for a few months now.

I made the wrong choice on color, however. Unlike our review sample in moody black, mine was a slightly dull white, if you remember desktop PCs from the mid-'90s, you've got the right shade. It gave the feeling that this was some sub-$20 MP3 player, not something closer to 90 bucks. The clip was reassuringly sturdy, with a rubber edge to keep it all snugly attached to wherever I put it. (Like you can see in the image in this article, I did wear it on my shirt collar, because I could.) One personal caveat is that I've realized that I'm pretty much tethered to my phone when I go the gym: I log my exercises, timings and the rest. I might even Google stretches and rehab movements because my body doesn't like it when I make it move. This means that Mighty doesn't liberate me as much as say, someone that goes running, or follows along a class. But, hey, that's me. Unlike my colleague, I had a few early troubles getting my music tracks to sync, but once you've got your best playlists synced, you rarely have to meddle with the app and sync from your phone again. This is great. Less great is the choice of charging port: The headphone socket. Yes, I understand that this helps simplify design, and there's likely technical design reasons for it, but it also means another obscure cable I need to keep around. Just add a micro-USB port -- those cables are cheap and plentiful. The Mighty might not be essential for me, but it is smart way to take your Spotify collection away from your phone and PC and there aren't many options for that.

Nintendo is forcing my hand to buy a Pro Controller for my Switch. After sending my left Joy-con in for service (yup, mine loses sync too), my buddy Victor offered to lend me his Pro so I could keep chipping away at the legendary beasts in Zelda. Until then, I'd sworn the gamepad off because the Wii U's version never felt quite right to me. That and the updated model is $70. C'mon, Nintendo.

Getting it to sync to my console was a bit of an ordeal, but a few minutes later I was up and running. I haven't owned a non-default controller for a Nintendo system since the GameCube, and once I fired up Breath of the Wild, I realized how much of a mistake that's been.

Scrolling through my arrow and weapon inventory with a real D-pad and having normal-sized face buttons was a revelation. The Joy-cons and adapter are serviceable stand-ins for a controller, but now that I've used the real deal, I don't think I'll be able to go back. The ergonomics are better, as is the fit and finish. Best of all? When I'm staring at my TV screen, I don't have a nagging feeling that I'm using an input device designed around compromises.

In this article: controller, entertainment, gadgetirl, gadgetry, gadgets, gaming, gear, irl, mighty, mobile, newirl, nintendo, qapital, services, spotify, switch, switchprocontroller, SwitchProControllers, thebuyersguide
All products recommended by Engadget are selected by our editorial team, independent of our parent company. Some of our stories include affiliate links. If you buy something through one of these links, we may earn an affiliate commission.