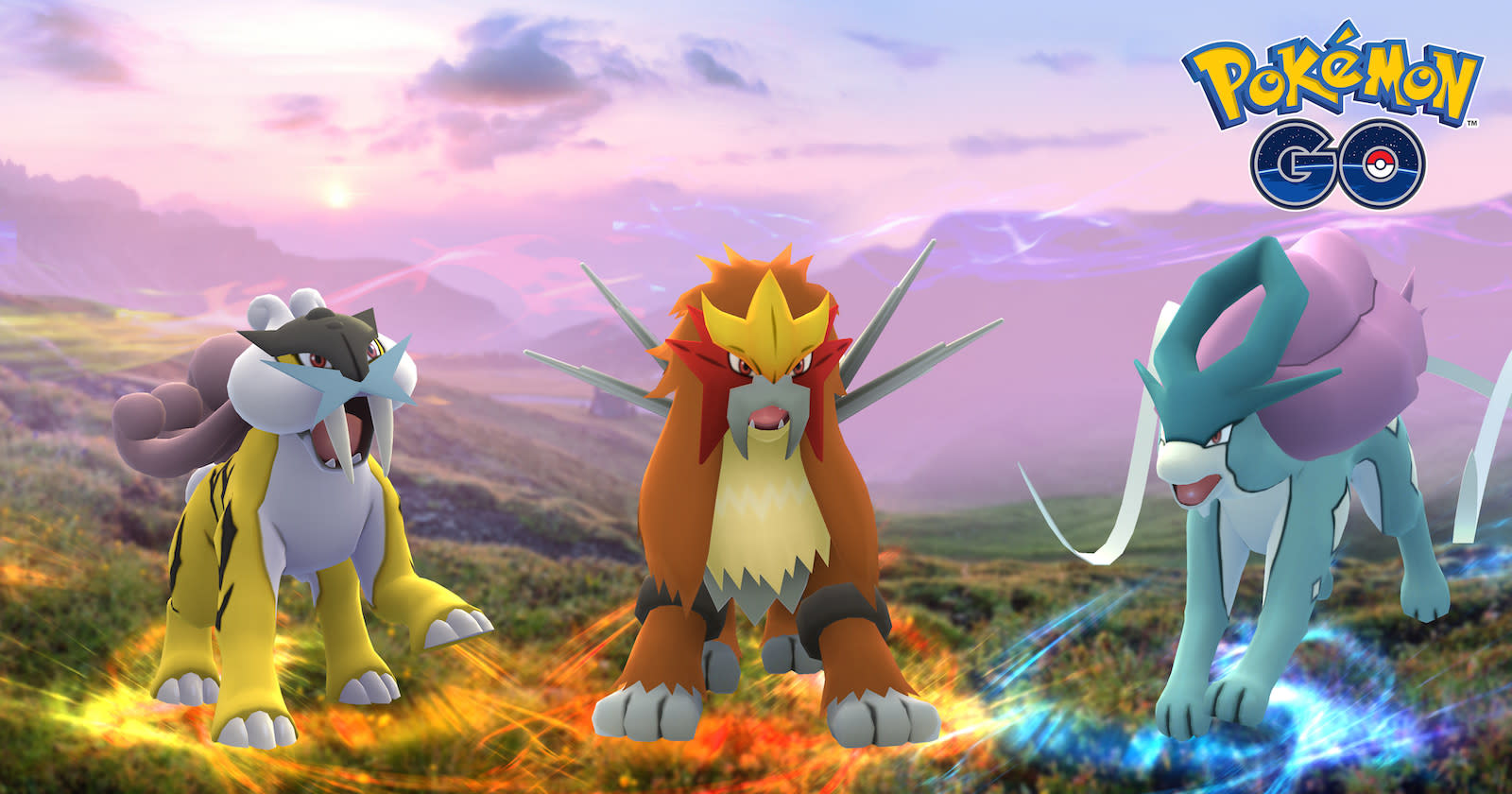 Starting today, Pokémon Go players will get to battle a new set of Legendary Pokémon. Raikou, Entei and Suicune, originally from the Johto region, will start to pop up in different areas around the world. From now until September 30th, those in the Americas will have the chance to battle Raikou, while players throughout Europe and Africa will get access to Entei and people in the Asia-Pacific region will be able to challenge Suicune.

The Pokémon Go team will also start field-testing EX Raid Battle (previously called Exclusive Raid Battle) at select Gyms. While in testing phase, EX Raid eligibility requirements, frequency, times, locations and durations will be tweaked as it's prepped for a global release. EX Raid invites will be sent out soon and invitees are expected to be able to play by early September.

In this article: av, exclusiveraidbattles, gaming, mobile, niantic, pokemon, pokemongo
All products recommended by Engadget are selected by our editorial team, independent of our parent company. Some of our stories include affiliate links. If you buy something through one of these links, we may earn an affiliate commission.