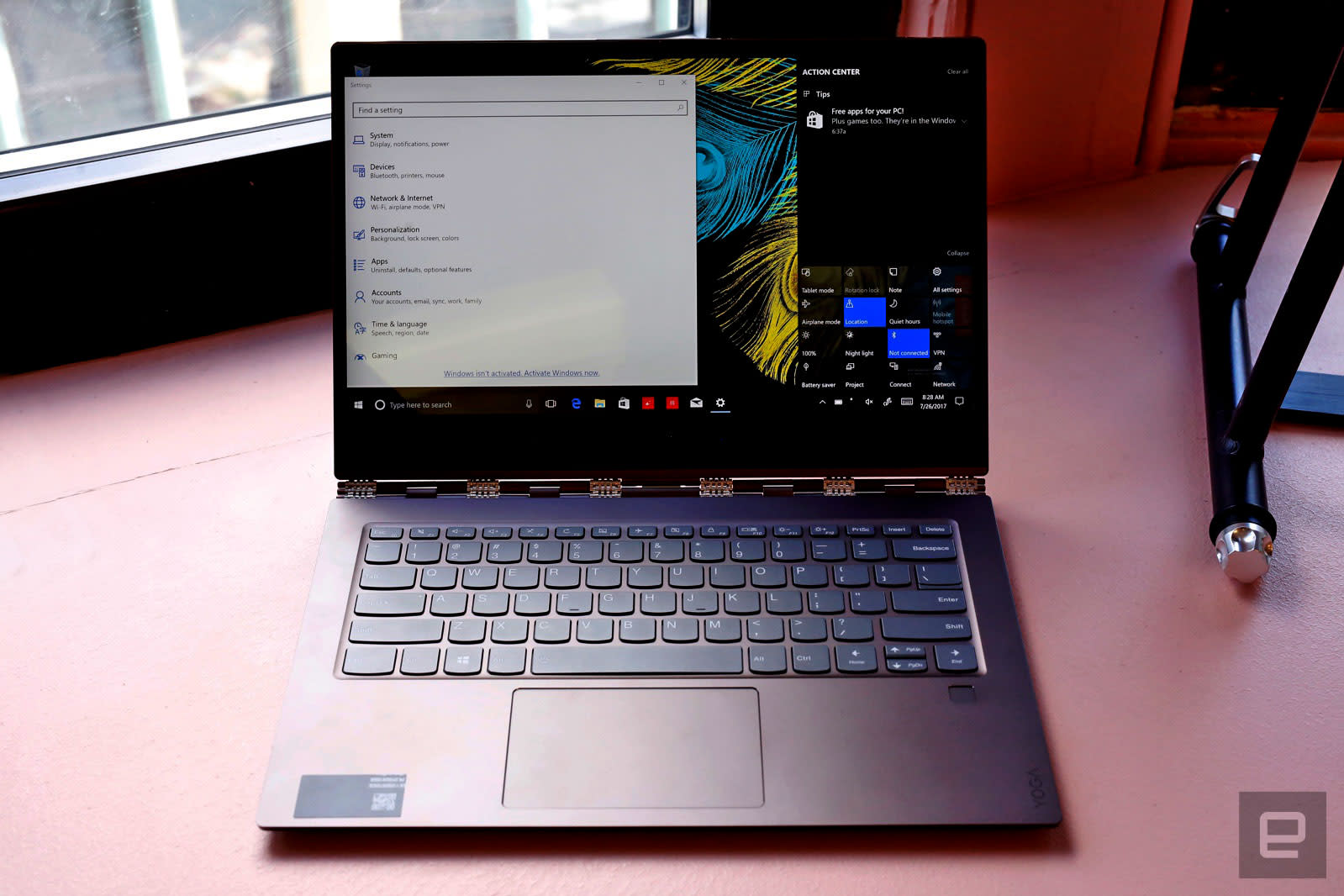 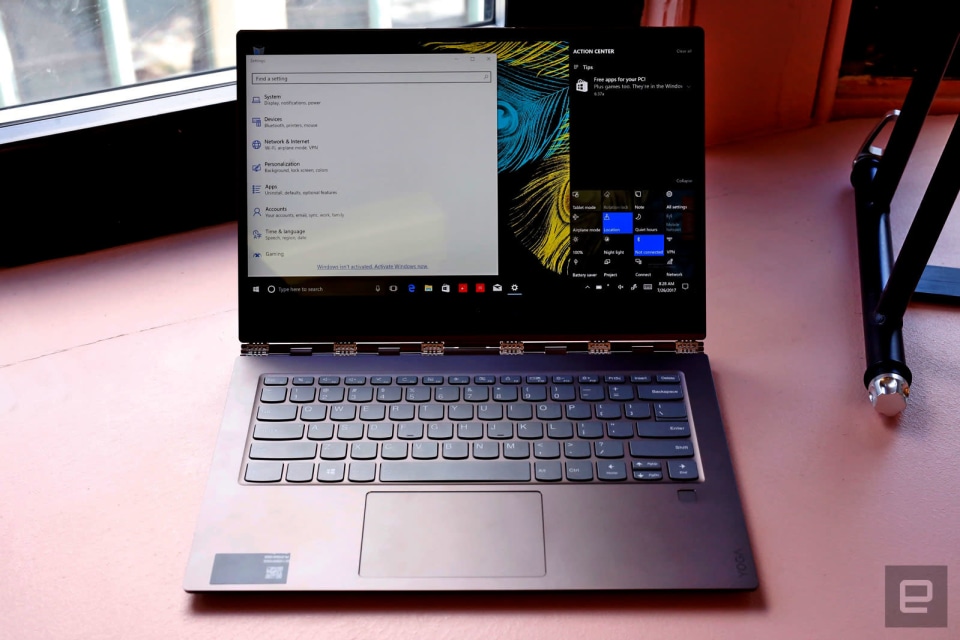 Lenovo's convertible laptops and tablets haven't always been known for brisk performance, but you definitely won't have that problem this year. The PC maker is launching three new machines, two of which (the Yoga 920 convertible and Miix 520 tablet) make use of 8th-generation Intel Core chips whose quad-core power should handle most tasks with grace. They're better for voice commands, too -- the 920 and 520 have far-field microphones that let you talk to Cortana as far as 13 feet away. If you want to check the weather while you're on the other side of the room, you don't have to move an inch.

As the number implies, the Yoga 920 is the flagship of the bunch and the successor to the Yoga 910. It carries a 13.9-inch touchscreen that's comparable to its ancestor, complete with an optional 4K display and support for an equally optional pen that promises 4,096 levels of pressure sensitivity and low lag. You'll also find two Thunderbolt 3 ports and Dolby Atmos audio for more immersive movie viewing. The Yoga 920 will start at $1,330 when it ships in October, and there's even a treat for Star Wars buffs: special edition Yoga 920s will have Gorilla Glass covers with logos for the Rebel Alliance and Galactic Empire.

The Yoga 720, meanwhile, is Lenovo's first 12-inch Yoga PC and promises to be the most portable of the convertible line yet, even as it touts features like pen support and a fingerprint reader. You have to 'settle' for 7th-generation dual-core chips, a 1080p panel and USB-C, but those are good for a system this size. It's certainly more affordable, as it'll start at an easier-to-swallow $650 when it arrives in October.

As for the Miix 520? The Surface-like detachable tablet will seem familiar if you've seen the Miix 510 (including an option for LTE data), but there are some welcome additions beyond faster chips and Cortana. The 520 adds a WorldView camera that opens the door to capturing 3D images for advanced editing or 3D printing. And while the starting price will be a relatively high $1,000 when the new Miix arrives in October, North American buyers will also get the keyboard and pen in the box -- ahem, Microsoft. To put it another way, you won't have to go shopping for extras to unlock the Miix's full potential. In this article: computer, convertible, gear, ifa2017, laptop, lenovo, miix520, pc, personal computing, personalcomputing, tablet, yoga720, yoga920
All products recommended by Engadget are selected by our editorial team, independent of our parent company. Some of our stories include affiliate links. If you buy something through one of these links, we may earn an affiliate commission.