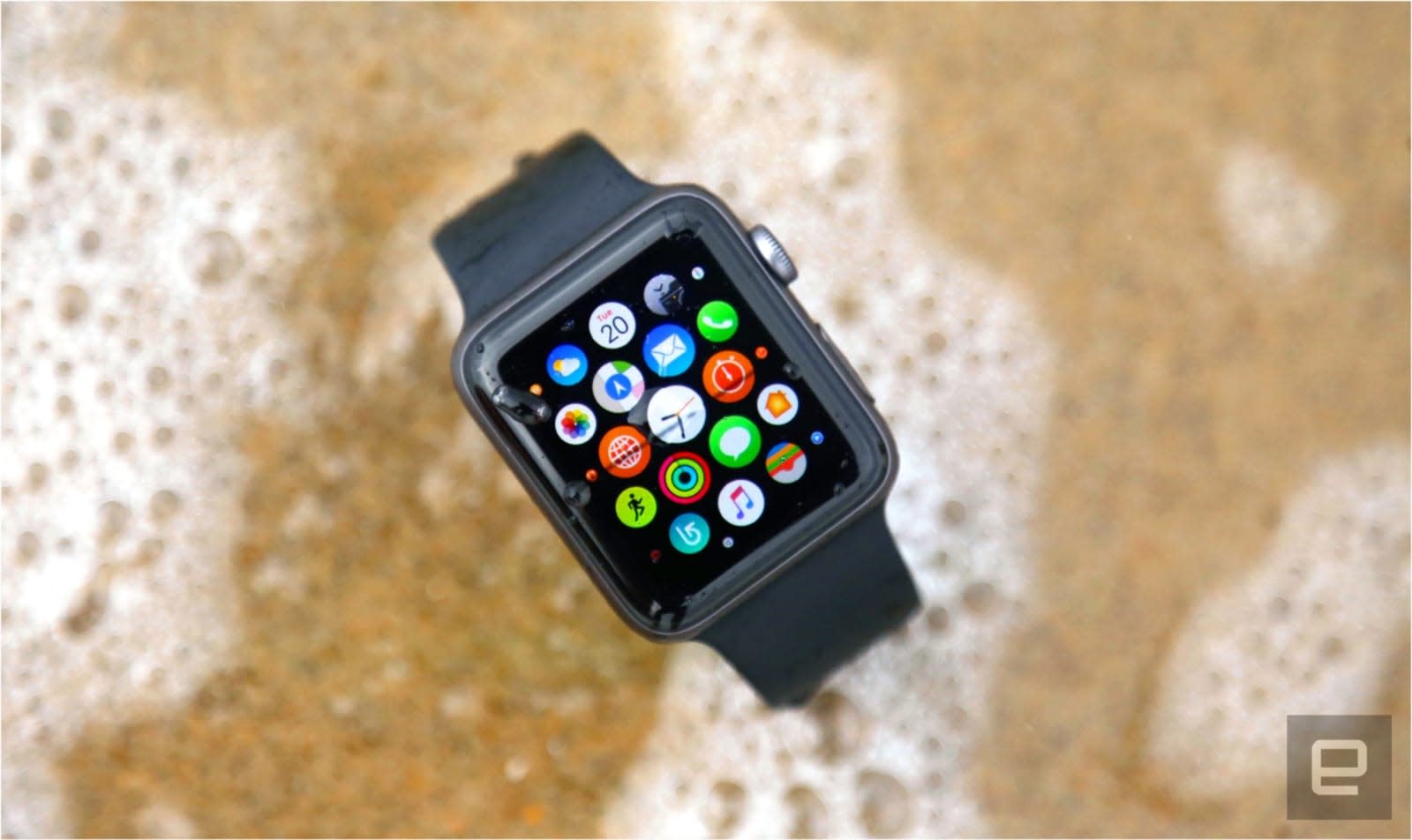 While the wearables field is proving a tough space for many companies, smartwatches are apparently doing quite well. In a report from International Data Corporation on this year's second quarter earnings, sales numbers show that wearables are up 10.3 percent year over year. That number includes a small -- nearly one percent -- but notable first time drop in annual growth for basic wearables, like most Fitbit trackers, that don't run third party apps. On the other side of that, though, smartwatch growth topped 60 percent this quarter compared to the same time last year.

"Smartwatches recorded double-digit year-over-year growth, with much of that increase attributable to a growing number of models aimed at specific market segments, like the fashion-conscious and outdoor enthusiasts in addition to the technophile crowd, lower price points, and a slowly-warming reception from consumers and enterprise users alike," said IDC's wearables research manager, Ramon Llamas, in a statement. "Factor in how smartwatches are taking steps to become standalone devices, and more applications are becoming available, and the smartwatch slowly becomes a more suitable mass market product."

Apple was a big leader with nearly 50 percent year over year growth during the second quarter, while, as reported previously, Xiaomi took the top spot in the wearables market. Though Fitbit has dropped to third place and its second quarter year over year change was an over 40 percent decrease in growth, its upcoming Ionic watch could help it grab some of the fast-moving smartwatch growth. Fossil, which entered the wearables market top five for the first time, has done well with its slew of smartwatches produced by its Fossil brand as well as high-end brands like Armani that fall under its umbrella. And Misfit -- another Fossil brand -- has its snazzy-looking Vapor smartwatch set to launch in October.

The next big wearables star could be clothing and earwear, which according to IDC, showed triple-digit growth. "These products are still in their initial stages, but by targeting specific market niches (performance tracking clothing for professional athletes) or providing unique value propositions (audio adjustment or language translation for earworn devices), these products are offering solutions to problems other than simply reporting data, and gaining traction," said Llamas.

In this article: apple, applewatch, business, fitbit, fitbitionic, fossil, gadgetry, gadgets, gear, misfit, smartwatch, vapor, wearables, xiaomi
All products recommended by Engadget are selected by our editorial team, independent of our parent company. Some of our stories include affiliate links. If you buy something through one of these links, we may earn an affiliate commission.