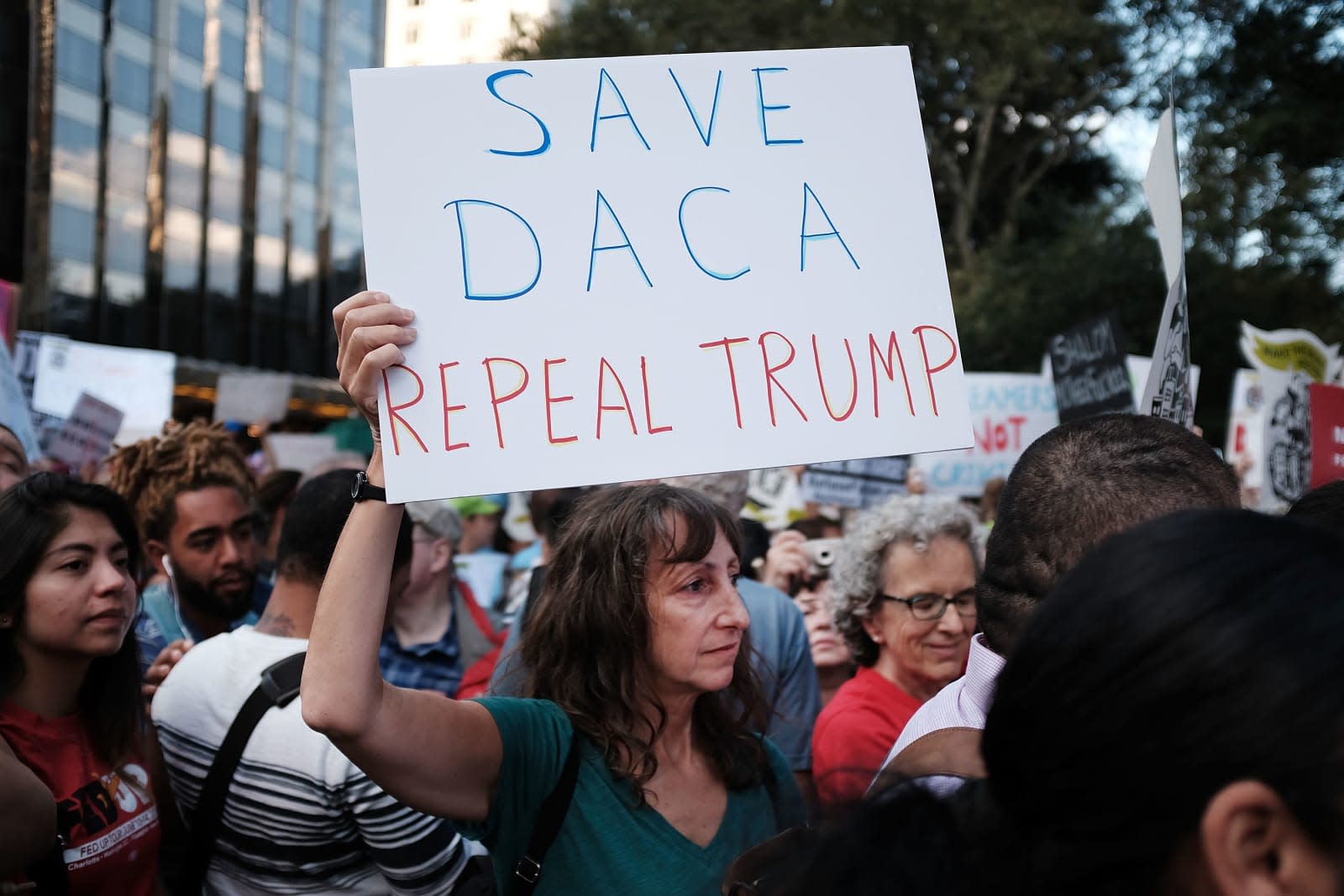 Hundreds of CEOs have signed an open letter urging President Trump not to dissolve the Deferred Action for Childhood Arrivals (DACA) program. Started in 2012 under the Obama administration, DACA allows undocumented immigrants who arrived to the US before they were 16 years old to obtain work permits and protection from deportation. Those with DACA permits have to renew them every two years and nearly 800,000 immigrants have benefited from the program.

"All DACA recipients grew up in America, registered with our government, submitted to extensive background checks, and are diligently giving back to our communities and paying income taxes," said the letter. "More than 97 percent are in school or in the workforce, 5 percent started their own business, 65 percent have purchased a vehicle, and 16 percent have purchased their first home. At least 72 percent of the top 25 Fortune 500 companies count DACA recipients among their employees."

Highlighting just how much DACA recipients contribute to the US economy, the letter stated, "Our economy would lose $460.3 billion from the national GDP and $24.6 billion in Social Security and Medicare tax contributions."

Trump was vocally against DACA during his campaign and is largely expected to cancel the program by September 5th -- a deadline Republican lawmakers set for the president to make a decision. White House Press Secretary Sarah Huckabee Sanders said the president hasn't yet made a final decision, but will announce one on the 5th.

In this article: airbnb, apple, DonaldTrump, dropbox, ebay, facebook, fitbit, foursquare, gear, gofundme, google, immigration, linkedin, lyft, netflix, politics, tesla, twitter, uber, warrenbuffet
All products recommended by Engadget are selected by our editorial team, independent of our parent company. Some of our stories include affiliate links. If you buy something through one of these links, we may earn an affiliate commission.