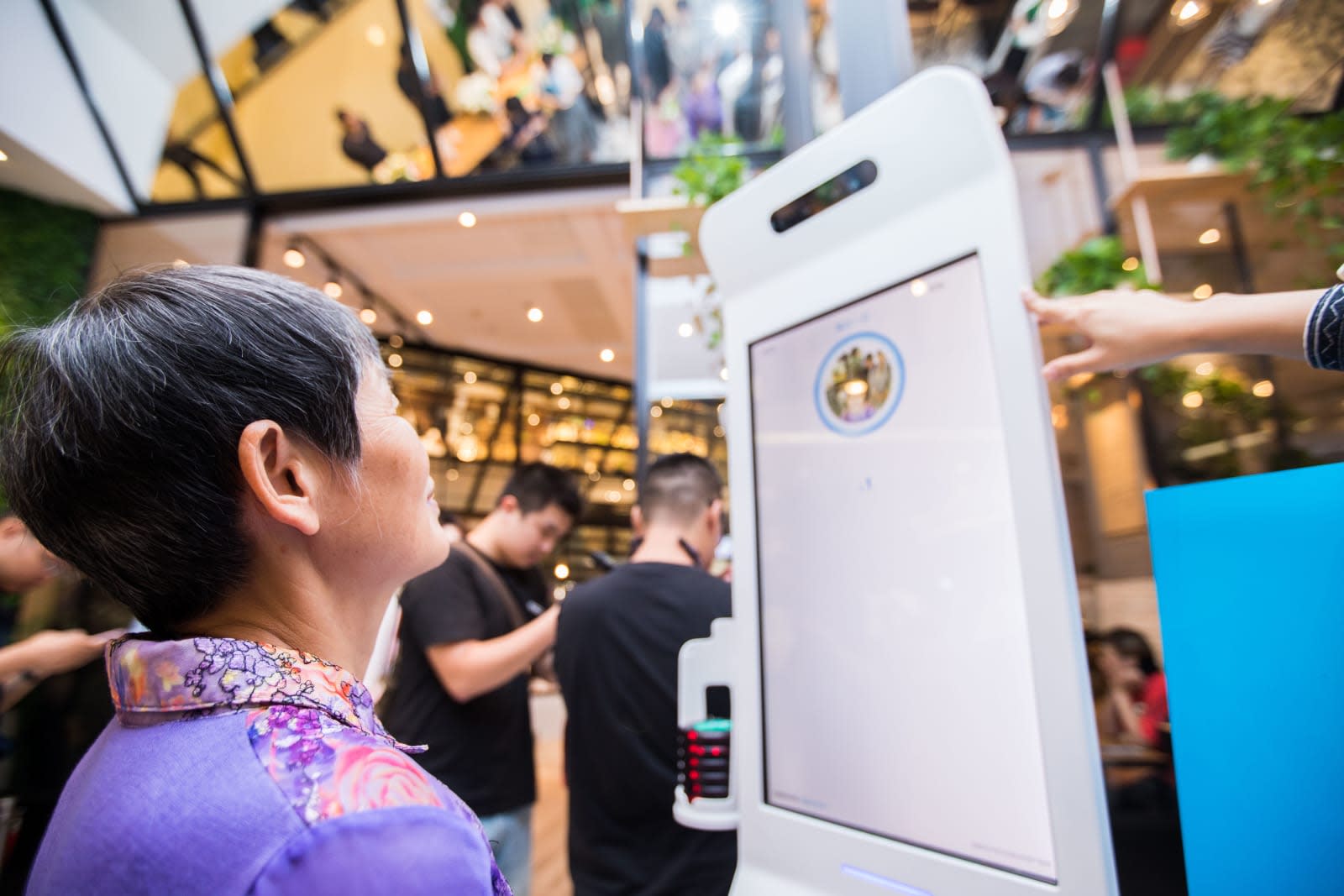 As easy as it is to make purchases in the era of tap-to-pay services, it's about to get easier still. Alipay (which handles purchases for Chinese shopping giant Alibaba) has launched what it says is the first payment system that uses facial recognition to complete the sale. If you visit one of KFC's KPRO restaurants in Hangzhou, China, you can pay for your panini or salad by smiling at a camera-equipped kiosk -- you need to verify the purchase on your phone, but you don't have to punch in digits or bring your phone up to an NFC reader.

The system (Smile to Pay) is purportedly resistant to spoofing with photos and other tricks. It relies on both depth-sensing cameras and a "likeness detection algorithm" to make sure it's really you. Reportedly, the technology is good enough that it can accurately identify people even when they're disguising themselves through makeup or wigs. You shouldn't have to worry about someone buying lunch on your dime just because they look vaguely similar, in other words.

It won't be surprising if this payment system spreads in China, but don't expect to see it gain much ground elsewhere. Countries like the US have stricter rules on biometric data, and there's frequently greater stigmas around handing face data to someone else. Not everyone feels comfortable handing face data to a payment giant, even if they know the data should be kept secure. Still, this could represent the future of fast payment (or a commonplace option) in some parts of the world.

In this article: alibaba, antfinancial, biometric, china, facerecognition, FaceReognition, facialrecognition, food and drink, food-and-drink, foodanddrink, gadgetry, gadgets, gear, kfc, kpro, megvii, restaurant, smiletopay
All products recommended by Engadget are selected by our editorial team, independent of our parent company. Some of our stories include affiliate links. If you buy something through one of these links, we may earn an affiliate commission.