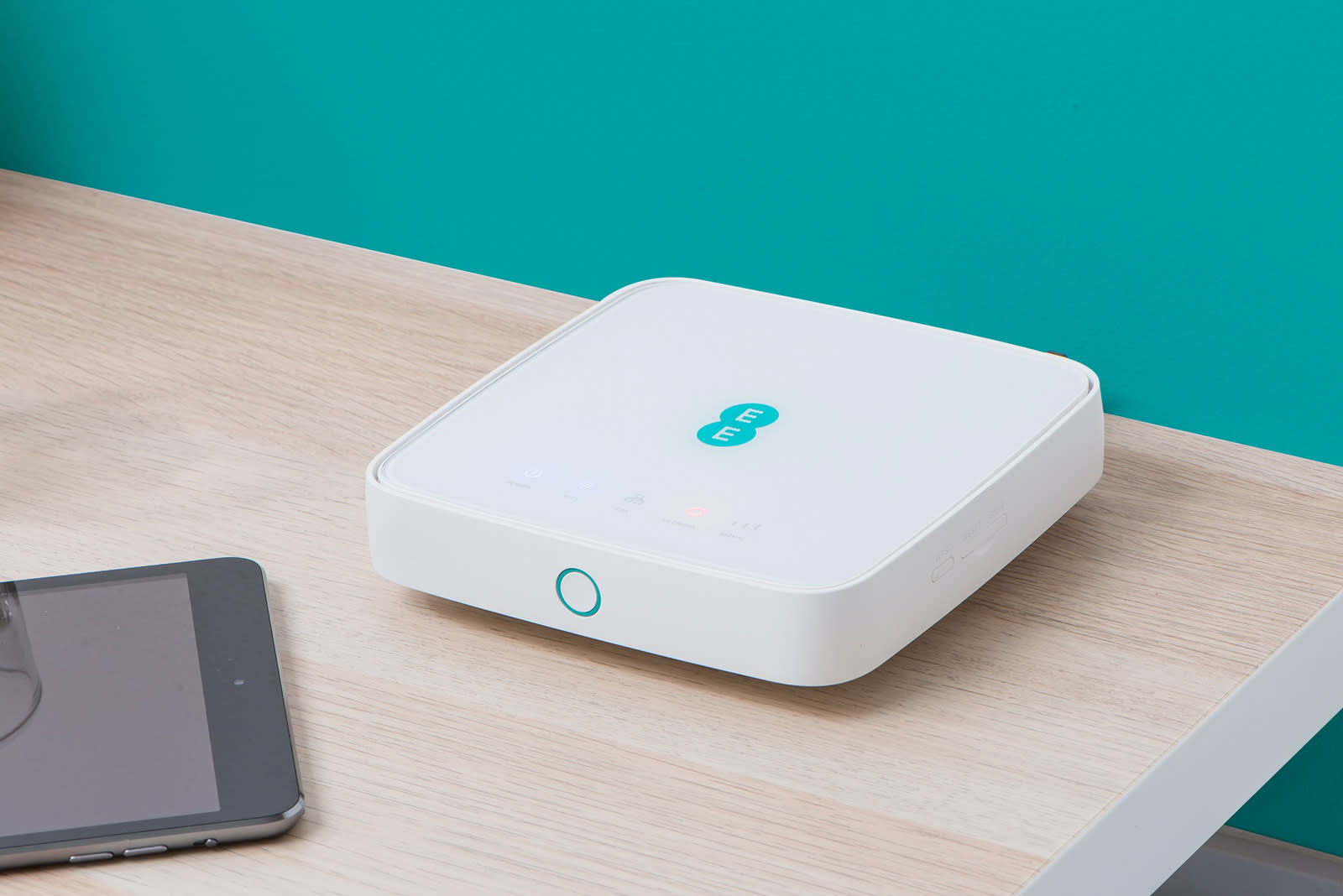 EE and parent company BT both offer fixed-line broadband services already, but today EE is launching a new router that uses 4G to keep the whole household connected. The "4GEE Home Router" is basically a bigger, beefier MiFi that needs no formal installation. Just plug it into a power outlet, connect your phones, tablets and PCs to it via WiFi -- up to 32 devices are supported -- and enjoy download speeds of up to 90 Mbps (actual speeds will vary, of course).

The 4G router isn't particularly cheap to run, especially if you're an internet addict that's forever streaming and downloading. It's available on 18-month contracts starting at £25 per month for a 10GB usage cap, and topping out at £100 each month for 200GB of data. Should you hit your monthly cap, add-ons are available for £10 for 5GB, £15 for 10GB and £20 for 20GB.

There's also a pay-as-you-go option for lighter users. You can buy the router outright for £130 including 10GB of pre-paid data, but add-ons thereafter are a fiver more expensive than they are for contract customers (£15 for 5GB and so on). Running all your devices on 4G data might not be very economical, but EE's new router is pitched primarily at those in rural areas where fast fixed-line broadband infrastructure is lacking.

The 4G router is basically EE's version of Relish, an ISP that first launched a 4G home broadband service back in 2014. Where available, Relish offers unlimited data (bound by a vague acceptable use policy, mind) through its 4G router for £20 per month. A rolling monthly contract option is also available for £22 per month and a £50 upfront payment.

Despite its simple, flexible and cheap pricing model -- especially when measured against EE's 18-month contract options -- Relish never really took off. In fact, at last count, UK Broadband (the company behind the Relish service) only had 15,000 customers. Three agreed to buy UK Broadband for £250 million this past June, but not for its customers. Instead, it was spectrum the carrier was after.

In this article: 4g, 4geehomerouter, broadband, ee, gear, home, internet, mifi, mobile, relish, UkBroadband
All products recommended by Engadget are selected by our editorial team, independent of our parent company. Some of our stories include affiliate links. If you buy something through one of these links, we may earn an affiliate commission.