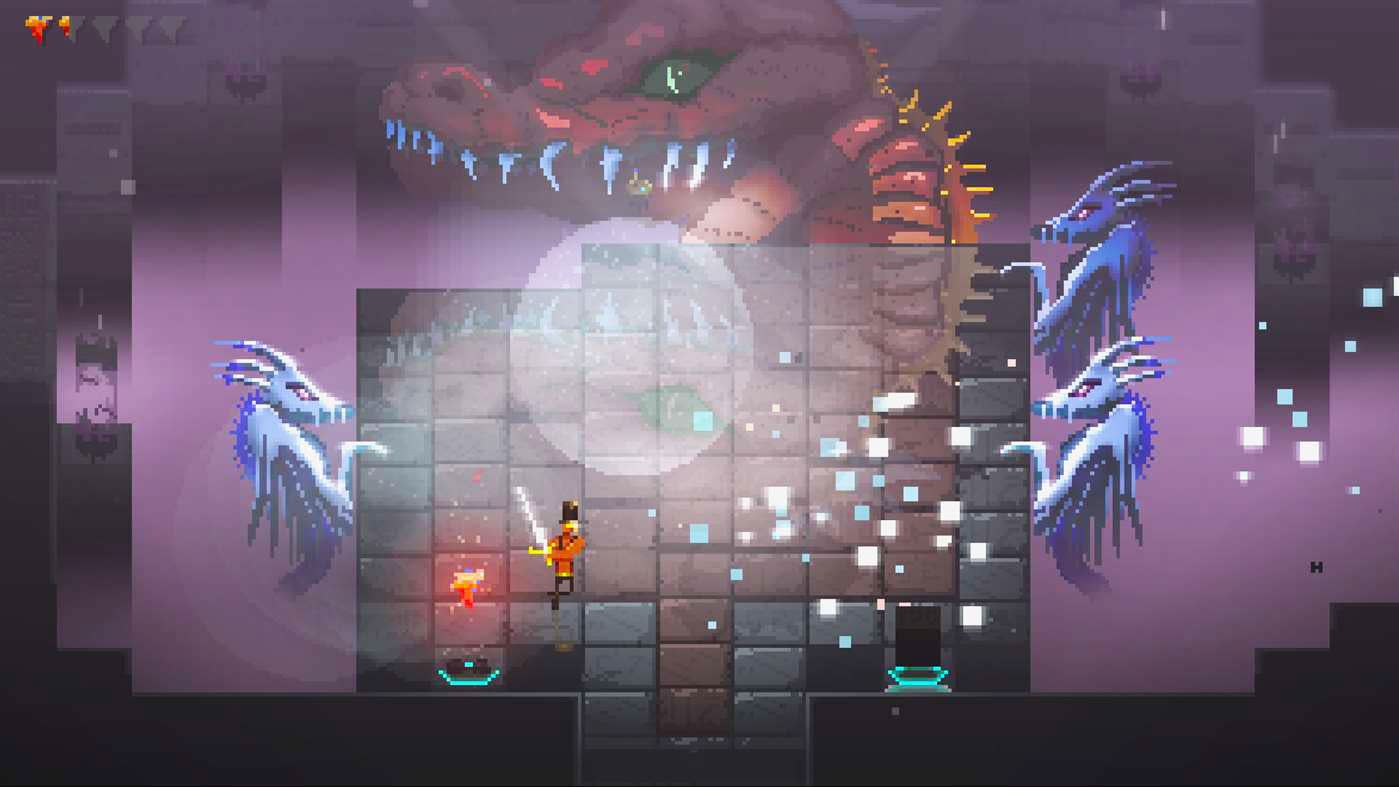 The pixel art-infused RPG Songbringer is a love letter to old-school role playing games, and we've been looking forward to its release on PlayStation 4 for a while now. The sci-fi title is out now and available on Xbox One and Windows 10, too. The game is $20 on all platforms, including PC and Mac on Steam and GoG.com, starting today.

Songbringer is from Nathan Weiss' one-man studio Wizard Fu, and while it features lots of hacking and slashing, it's surprisingly light on actual gore. According to the Xbox One announcement, the in-game maps you traverse are generated by players with a six-letter world "seed" which will create the overworld and dungeon layouts while hiding some neat little secret discoveries, too.

There are 10 numbered dungeons to fight your way through, each a bit harder than the last. You'll need to collect weapons and time your sword bashes to best defeat each boss at the end of the levels. Plus, you can eat one of the hallucinogenic cacti to boost your combat readiness and refill some of your health. Oh, and it'll make everything look groovy. A second player can even control the protagonist's robot companion. What's not to like? The Xbox One and Windows 10 versions of Songbringer are cross-platform compatible, so you can play on either platform and pick up your saved games on the other.

In this article: gaming, microsoft, personal computing, personalcomputing, pixelart, PlayStation4, PS4, RPG, RPGs, Stormbringer, video, WizardFu, Xbox, XboxOne
All products recommended by Engadget are selected by our editorial team, independent of our parent company. Some of our stories include affiliate links. If you buy something through one of these links, we may earn an affiliate commission.