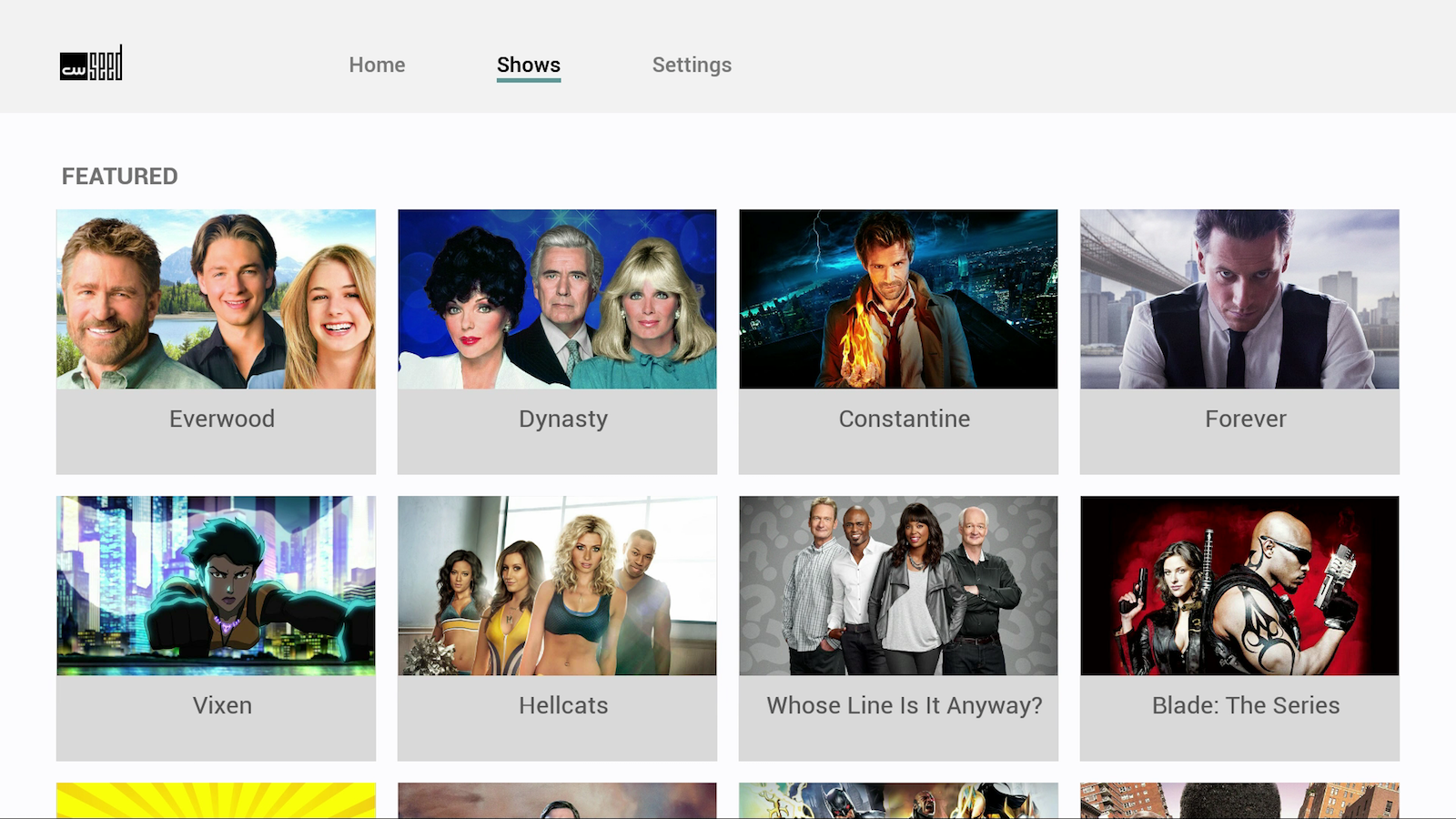 The CW has just launched its CW Seed app for Amazon Fire TV, Fire TV Stick and Fire TV Edition television. The app doesn't require a subscription, there are no added fees and you don't need a cable service provider in order to access its shows. However, you will have to sit through ads and the app doesn't have any currently running series.

Some of the content included on CW Seed are cancelled series like Pushing Daisies and Forever, older shows like Dynasty and Everwood, DC Comics-based shows and CW Seed originals such as The Elevator Talk Show and an animated series called Very Mallory that I've only now heard of but let's be honest, I'm probably going to watch just because of the name. For currently airing series like Jane the Virgin, Crazy Ex-Girlfriend and Riverdale, you'll have to go through the regular CW app.

In this article: airplay, amazon, android, AppleTv, av, Chromecast, cwseed, entertainment, FireTV, FireTVStick, ios, roku, thecw, XboxOne
All products recommended by Engadget are selected by our editorial team, independent of our parent company. Some of our stories include affiliate links. If you buy something through one of these links, we may earn an affiliate commission.