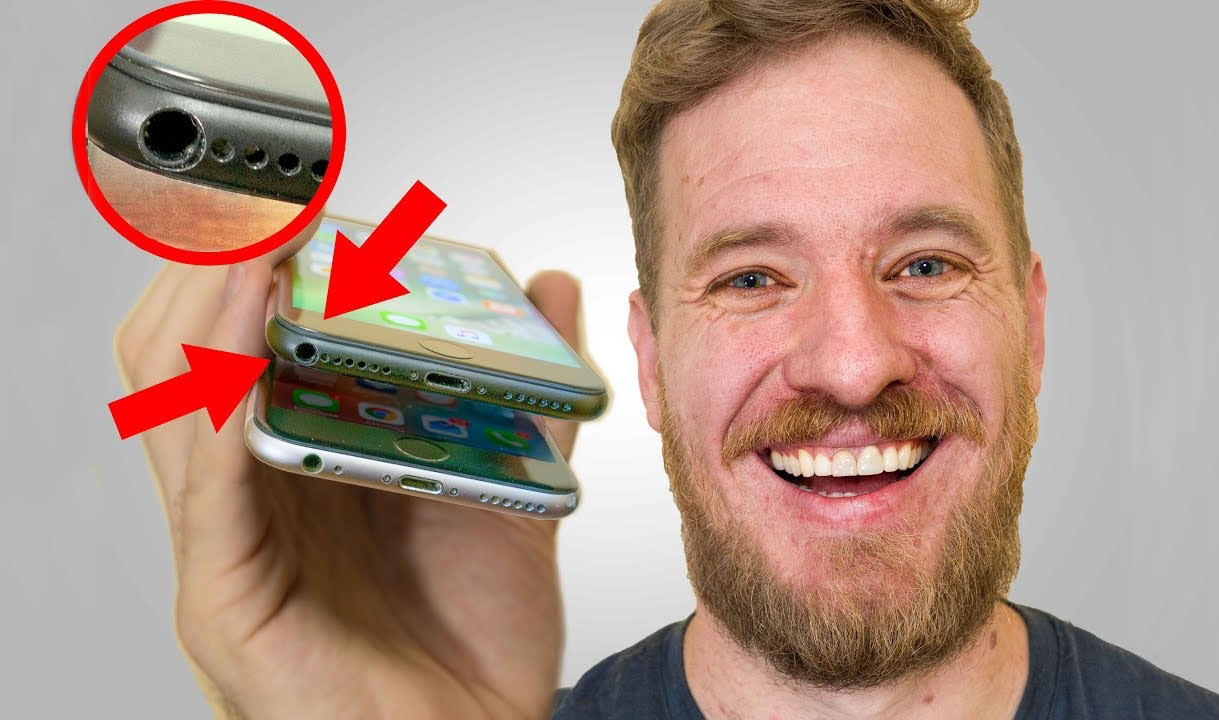 For those of you who miss the iPhone headphone jack, you're definitely not alone. But Strange Parts creator Scotty Allen missed it so much that he decided to add one to his iPhone 7. He just posted a video of the project's entire saga, with all of its many ups and downs, and in the end he holds what he set out to create - a current generation iPhone with a fully functional headphone jack. It turns out, real courage is adding the headphone jack back to the iPhone.

The project took around 17 weeks to complete and throughout it Allen spent thousands of dollars on parts including multiple iPhones and screens and handfuls of lightning to headphone adaptors. Along the way, Allen bought a printer, a nice microscope and fancy tweezers. He had to design his own circuit boards, have a company manufacture multiple iterations of flexible circuit boards and at one point early on had to consult with a chip dealer that a friend hooked him up with, because who doesn't have a chip guy these days?

Towards the end, after breaking lots and I mean lots of parts, Allen gets a little down on the project and says he wants to give up. But he doesn't and it all works out. The final product works by using a lightning to headphone adaptor that's incorporated into the internal structure of the phone. However, because the headphone jack is powered via the phone's lightning jack with a circuit board switching between the two depending on whether headphones or a charger are plugged into the phone, you can't actually listen to music and charge the phone at the same time.

Aside from that caveat, the iPhone jack works normally in every other way. You can watch the video of the project below and you can watch Allen's video of how he made an iPhone 6S from parts he bought in public markets here. For those who want to add their own headphone jack to their iPhone 7, Allen has made the steps publicly available on Github.