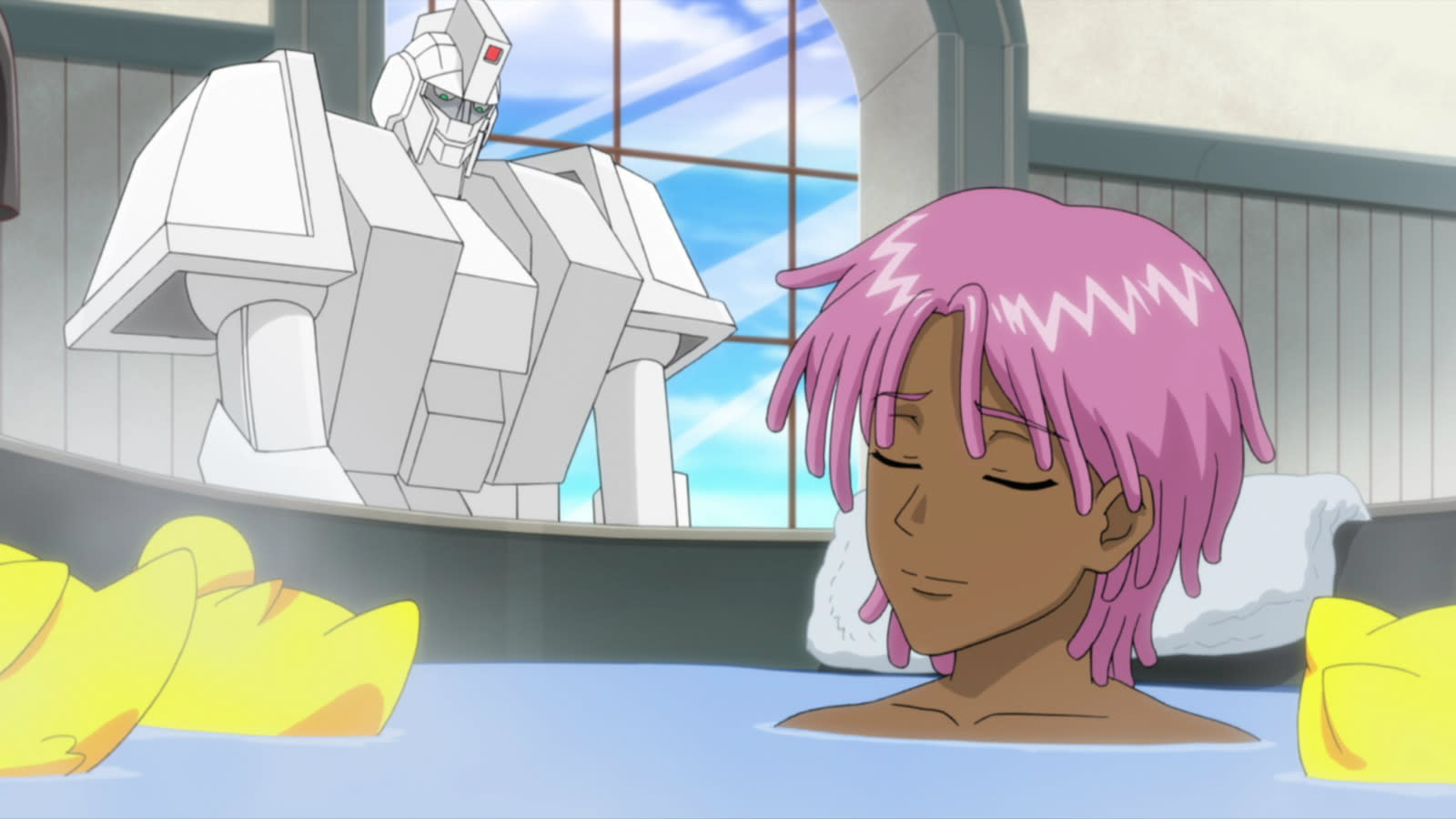 If you were wondering why the next Vampire Weekend album is taking so long, now you have your answer. It seems lead singer Ezra Koenig has been busy working on an anime with his celeb pals. We heard rumblings about it in the past (from Jude Law and Koenig) and now we're getting the first official trailer, directly from Netflix. The show, dubbed Neo Yokio, hits the streaming service on 22 September.

An homage to the Shonen genre, the anime offers a serious dose of postmodern style. It follows the exploits of bored teen bachelor Kaz Kaan, a citizen of the fictional city of Neo Yokio (which looks a lot like a futuristic Manhattan). There's mechs, brash sidekicks (courtesy of Viceland talk show hosts Desus and Mero), couture fashion, bratty rich kids, and a spoonful of black magic. If you ever dreamed of Wes Anderson directing an anime, this is probably the closest you'll get to that mash-up.

Once the occult forces attack, Kaan (voiced by Jaden Smith) hesitantly transitions into the role of demon slayer. Susan Sarandon also pops up as his mother (harking back to her role in the underrated Igby Goes Down). The Oscar-winning actress just happens to be one of the players in the show's insane ensemble. Others include Stephen Fry, Richard Ayoade, Jaden's little sister Willow Smith, and Steve Buscemi. And, that's just to name a few.

For all the otakus about to cry foul, Neo Yokio was made in collaboration with anime studios Production IG and Studio Deen, along with the Seoul-based animation house MOI. The show's storyboard artists include Kazuhiro Furuhashi (Mobile Suit Gundam Unicorn, Hunter x Hunter, Rurouni Kenshin) and Junji Nishimura (Ranma 1/2, Urusei Yatsura, Pro Golfer Saru). The series is the latest addition to Netflix's expanding anime line-up.

You can keep with the the all the goings-on in "the greatest city in the world" via Neo Yokio's official Instagram. And, expect Koenig to elaborate on it further during his Beats 1 radio show, and on Twitter.

In this article: anime, av, DesusandMero, entertainment, EzraKoenig, JadenSmith, neoyokio, netflix, productionig, streaming, StreamingVideo, TvShow, TvShows
All products recommended by Engadget are selected by our editorial team, independent of our parent company. Some of our stories include affiliate links. If you buy something through one of these links, we may earn an affiliate commission.