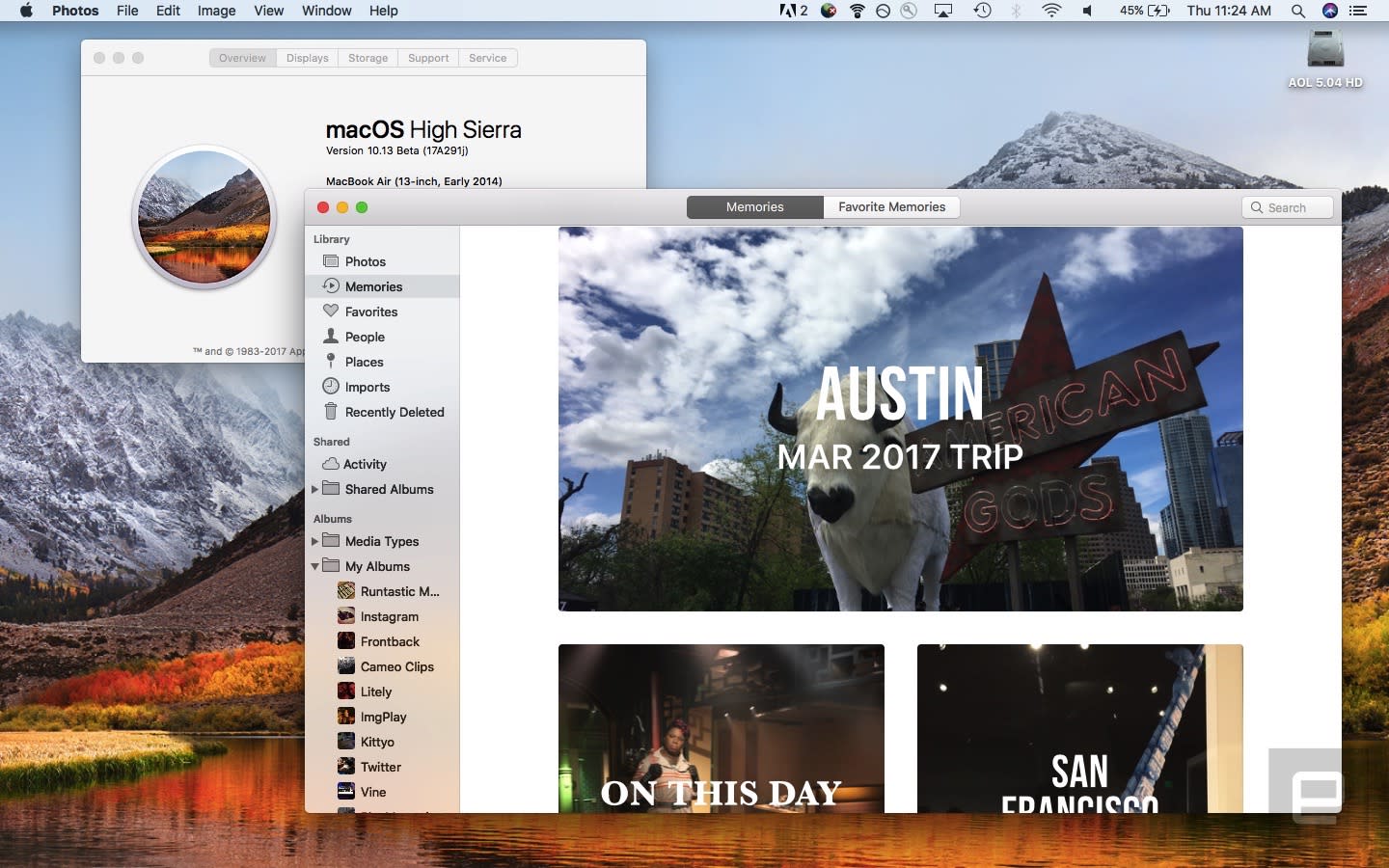 Come September 25th you'll be able to give macOS High Sierra a shot for yourself and see how little it (superficially) differs from the update that came before it.

When we previewed the patch at the end of June, we said that it was more incremental than anything. Sure, there's support for virtual reality now thanks in part to Steam and then there's hat creatively-named Apple File System but those are mostly under the hood improvements rather than being huge stand-out features like Continuity. Regardless, you'll be able to start snoozing the update reminder starting next month.

In this article: apple, desktop, gear, highsierra, iphone8event, mac, macos, macoshighsierra, operatingsystem, osx, patch, personal computing, personalcomputing, update
All products recommended by Engadget are selected by our editorial team, independent of our parent company. Some of our stories include affiliate links. If you buy something through one of these links, we may earn an affiliate commission.