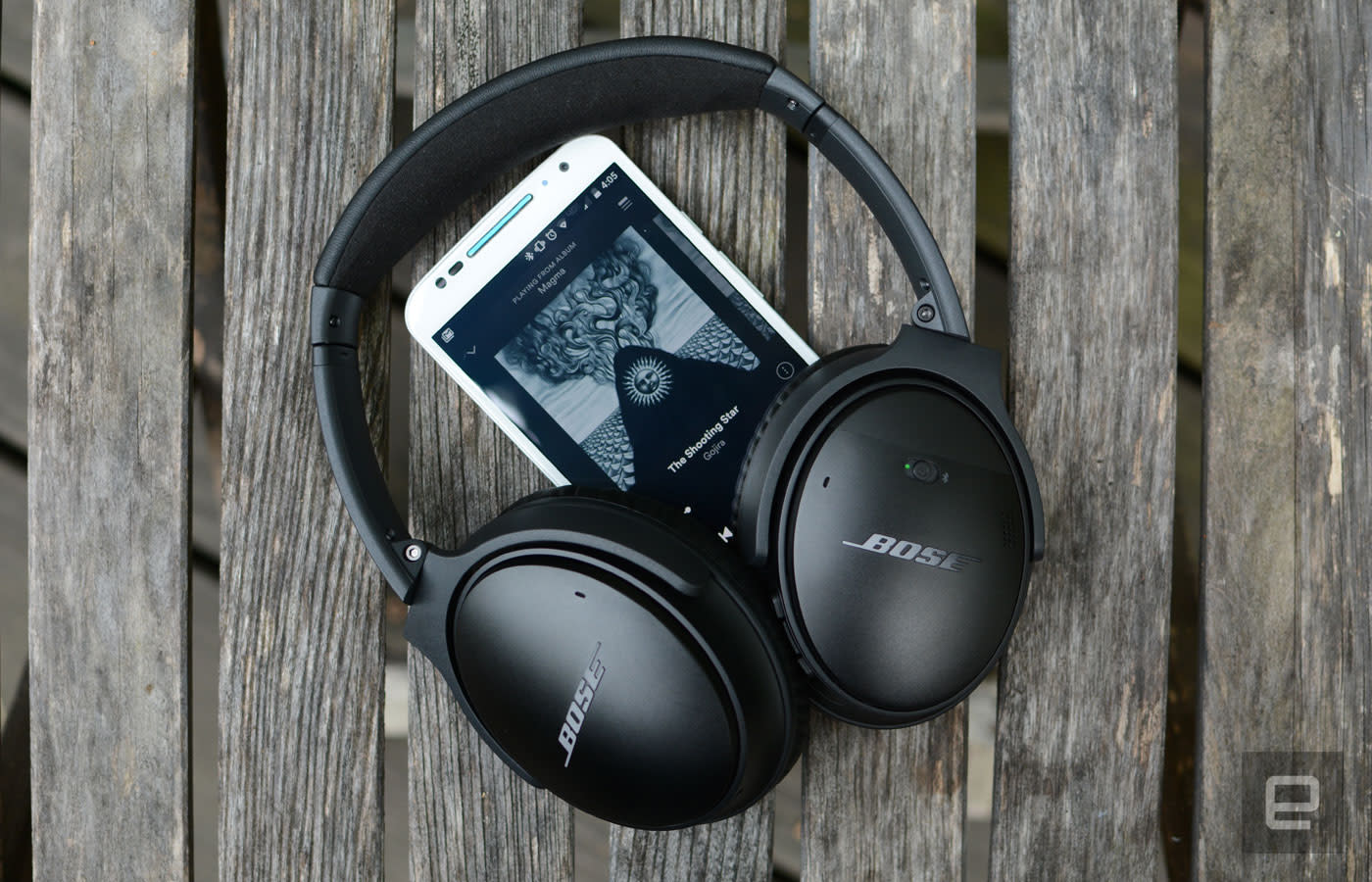 When Bose accidentally leaked a new pair of headphones in an email newsletter of all places, no one quite knew what the cans' mysterious action button was for. Well, now we do: activating Google Assistant. The upcoming Quiet Comfort 35 II over-ear cans will feature Mountain View's digital assistant and be among the first headphones to do so. 9to5Google confirmed this via Bose documentation, and a Reddit user spotted them in retail packaging as well.

Back in May at Google's annual I/O developer show, the company said it was releasing an SDK for Assistant so it'd start showing up in more places. "The new Google Assistant SDK easily allows a manufacturer to build the Google Assistant into any hardware," the company's Scott Huffman said at the time.

Google bolstered that stance last month with its showing at IFA, where the search juggernaut announced that in the not-too-distant future Assistant would appear in washers, dryers and even vacuum cleaners. None of those have shown up yet, and we don't have an official date for when the Quiet Comfort 35 II will, but with a Pixel event scheduled for early next month, maybe expect more news then.

In this article: assistant, av, bose, gear, google, googleassistant, qc35, qc35ii, quietcomfort35, quietcomfort35ii
All products recommended by Engadget are selected by our editorial team, independent of our parent company. Some of our stories include affiliate links. If you buy something through one of these links, we may earn an affiliate commission.