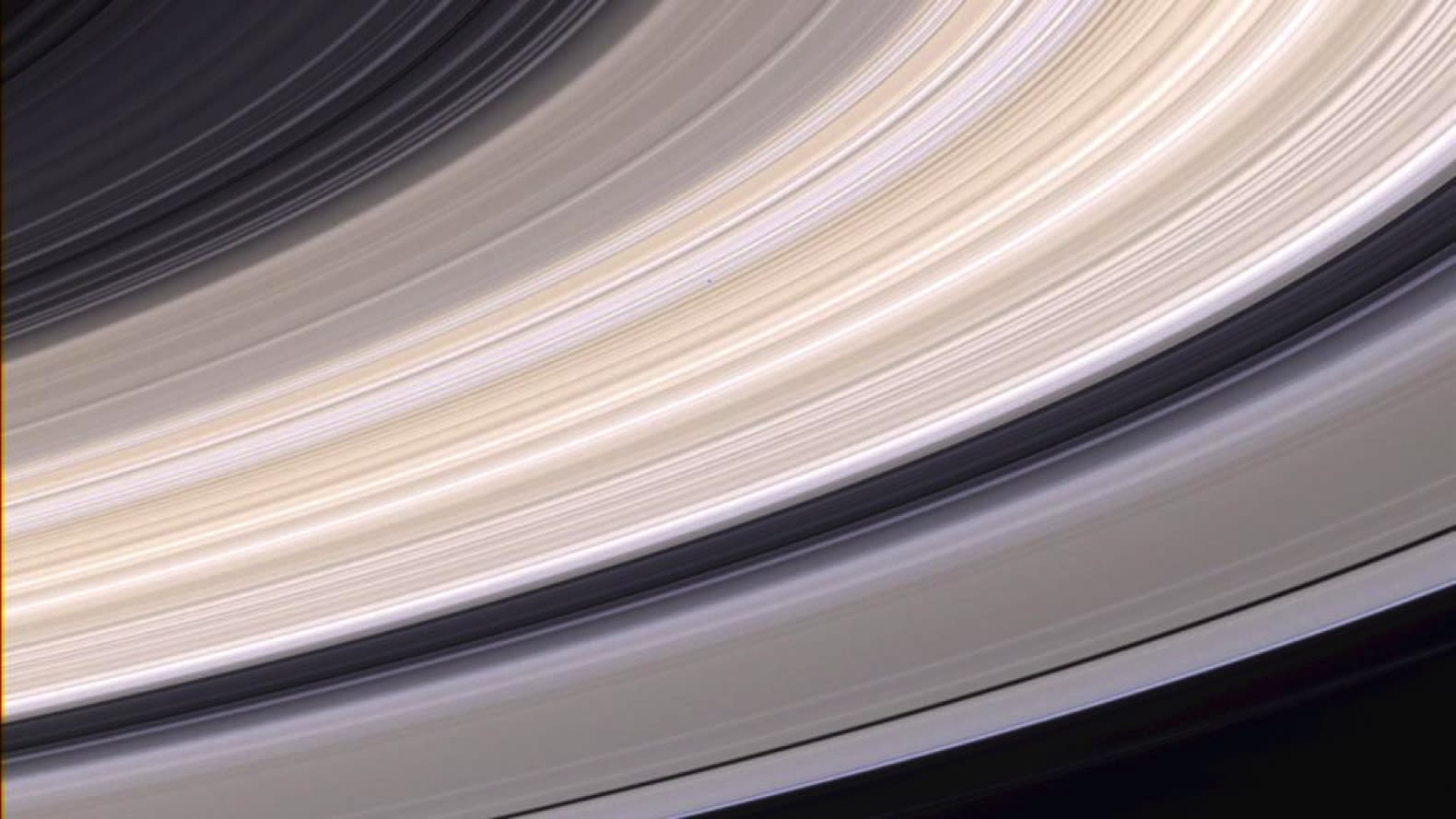 For the last thirteen years, Cassini has been orbiting Saturn, sending back extraordinary images and data from the ringed planet and its moons. But now, it's time to say goodbye. Tomorrow, September 15th, the spacecraft will make its final fiery plunge into Saturn's atmosphere.

At 7:54 AM ET, Cassini will enter Saturn's atmosphere at about 1,190 miles above where we think the planet's cloud tops are. It will be traveling at approximately 70,000 miles per hour. The little spacecraft that could will continue to transmit for as long as it possibly can, firing its control thrusters in short bursts as it enters the atmosphere. This will help keep its antenna pointed at Earth so Mission Control can collect as much data as possible. The thrusters will quickly ramp up power, going from 10 percent to 100 in less than a minute. Once the thrusters are maxed out, there will be nothing left for Cassini to do. It will no longer be able to maintain its stability and begin to tumble. NASA predicts that it will lose contact with Cassini at 7:55 AM ET, about 930 miles above Saturn's clouds.

Things will progress pretty quickly after that, though we won't be able to see it from Earth. While telescopes will be pointed at Saturn to try and capture Cassini's last moments, it likely will be moving too fast (and is too small) for any images. Cassini will survive for about half a minute longer before the forces of Saturn's atmosphere begin to rip it apart as it burns up during descent. It will take just a few minutes for it to be completely destroyed. If you'd like to follow along with Cassini's Grand Finale, there are a few things you can do. There are plenty of scientists and science journalists who are at NASA's Jet Propulsion Laboratory and are covering the spacecraft's final journey; Emily Lakdawalla of The Planetary Society is a personal favorite, and she'll be livetweeting the entire event. Slooh will also be pointing its telescopes towards Saturn at 4 PM ET today.

Starting tonight, Cassini will take its last pictures of Saturn and begin sending over all the data it has stored in preparation for the switch to real-time transmission. NASA will begin posting these final raw images to Cassini's mission website around 11 PM ET tonight.

Tomorrow morning, you can tune into live commentary and video from Mission Control at NASA's Jet Propulsion Laboratory in California on NASA TV. That will start at 7 AM ET. And finally, there will be a media briefing at 9:30 AM ET that will also be aired live on NASA TV.

It's going to be difficult to say goodbye to Cassini; it's brought us so many incredible discoveries, data and images. It's hard not to get attached to these spacecraft, especially because their missions are so long -- Cassini launched back in 1997. It's done good work, and now it's time to give the spacecraft a well deserved rest. So long, Cassini, and thanks for all the memories.

Update: And that's a wrap. Cassini just sent its final signal from 1.4 billion km away. It'll take roughly 83 minutes to get to us.