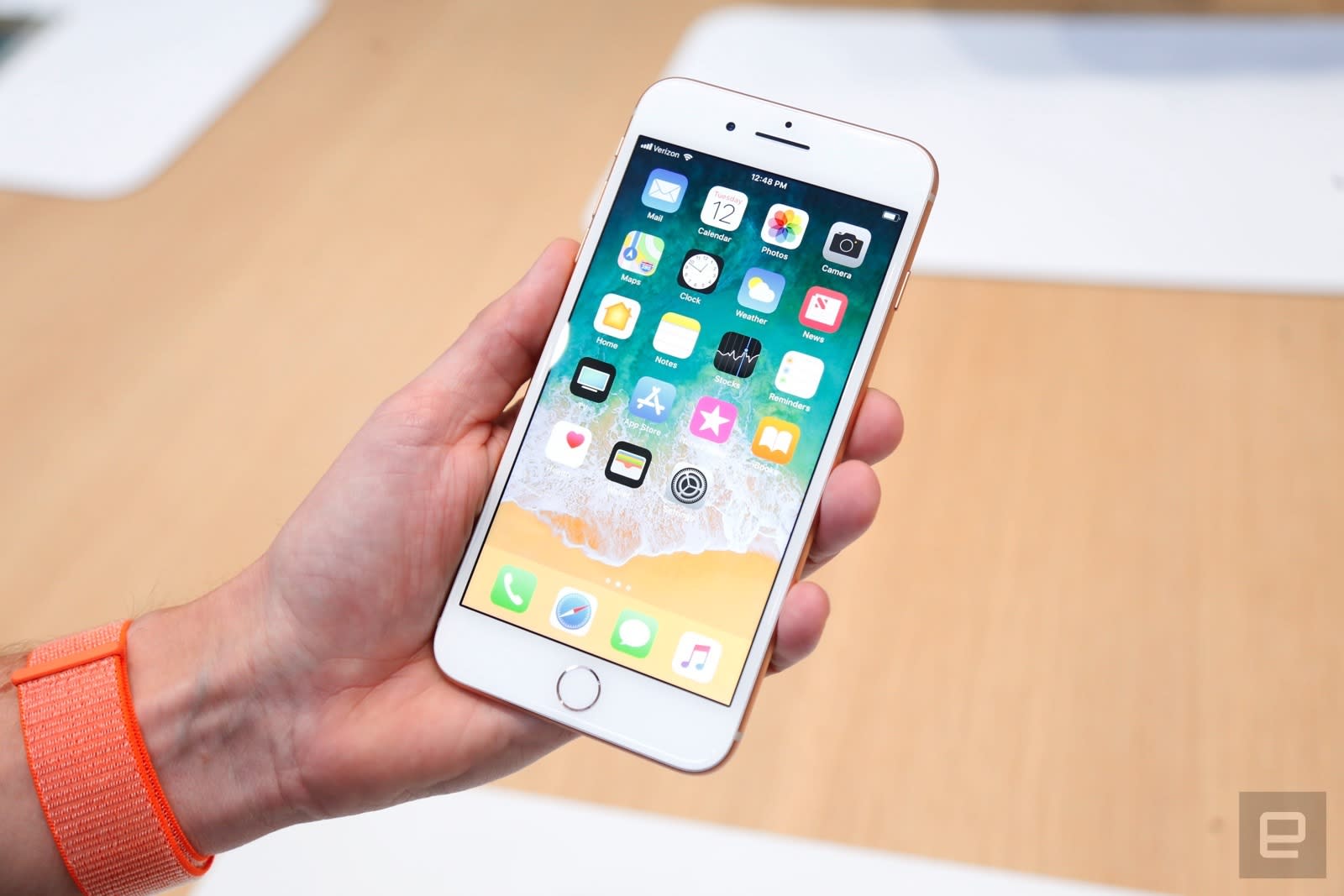 Journalists are torn about whether consumers should get the pricey iPhone 8 or 8 Plus or the pricier, but new and exciting iPhone X. You can now vote with your wallet, as the two new iPhone 8s (but not the iPhone X) have gone on pre-order at Apple's Store, various carriers and retailers like Target and Best Buy in the US. Also on pre-order is the Apple TV 4K and Watch series 3, with all products set to ship on September 22nd. In the UK, pre-orders are also up on Apple's site and with EE and other carriers.

Both of those phones sport new all-glass designs should perform like champs with the new A11 Bionic processor and upgraded cameras. (Still too much? Apple has knocked $100 (£100) off both the iPhone 7 and 7 Plus, making them as cheap as $549 or £549.)

Take note that both models support wireless and fast charging (30 minutes to a half charge), but for the latter, you'll need to splurge at least another $74 for a charger and USB-C cable. If you've already got a 2016 or later MacBook Pro, you can use its charger, luckily.

The Apple TV 4K, with support for UltraHD and HDR movies, is $179 with 32GB of built-in storage and $199 with 64GB (£179 and £199). If you're worried about content for when it arrives on September 22nd, don't be, at least in the US: Apple has already started releasing movies with 4K and Dolby Vision HDR. As mentioned, iPhone X pre-orders won't go live until October 27th, with shipping planned for November 3rd. That model, which features a 5.8-inch 2,436 x 1,125 OLED screen and Face ID instead of Touch ID, costs $999 for the 64GB model and $1,149 with 256GB. If you're planning on getting it, beware that rumors point to a short supply of OLED panels, so you might want to be ready as soon as it goes on pre-order.

Whether you're going with the tried and true, but much faster iPhone 8 or iPhone 8 Plus, or the newfangled iPhone X, with its OLED screen, minimal bezels, weird new cutout and Face ID, let us know in the comments below.

In this article: apple, AppleTV4K, AppleWatchSeries3, iPhone8, iPhone8Plus, iPhoneX, mobile, pre-orders
All products recommended by Engadget are selected by our editorial team, independent of our parent company. Some of our stories include affiliate links. If you buy something through one of these links, we may earn an affiliate commission.