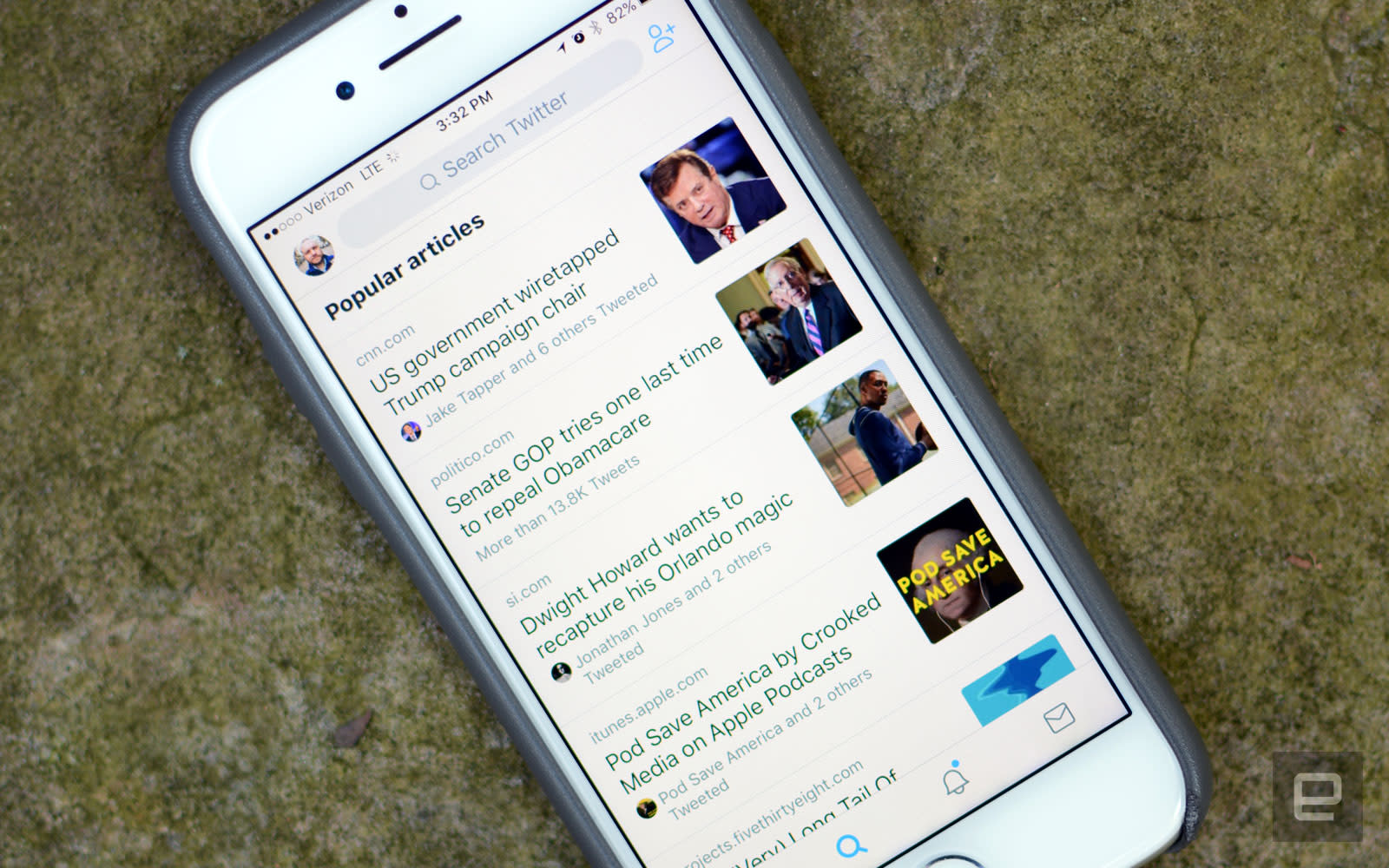 Twitter keeps looking for ways to improve its service to better meet the needs of its diverse and, er, passionate audience. Last September, code in the Android app pointed to an experimental "tweetstorm" feature aimed at helping longer-form content make sense on Twitter. Just a few months earlier, the company also added a new inbox that separates out direct messages from people you don't follow, too. Now, Twitter is rolling out a new feature that will show you articles shared or liked by the people you follow on the service.

Twitter confirms that it has been testing the news feature for a while and is now rolling it out to everyone on iOS and Android. A spokesperson also reminded us that news has been a focus of Twitter before, like the time it tested a dedicated news tab in 2015. Buzzfeed's Alex Kantrowitz also points out that Twitter's new feature apes that of standalone app, Nuzzel, which aggregates news articles that have been liked and shared by people in your network, as well.

The popular articles feature may take some time to show up on your own mobile device; some Engadget staffers can see the feature while others are still waiting.

In this article: gear, internet, news, nuzzel, populararticles, twitter, update
All products recommended by Engadget are selected by our editorial team, independent of our parent company. Some of our stories include affiliate links. If you buy something through one of these links, we may earn an affiliate commission.