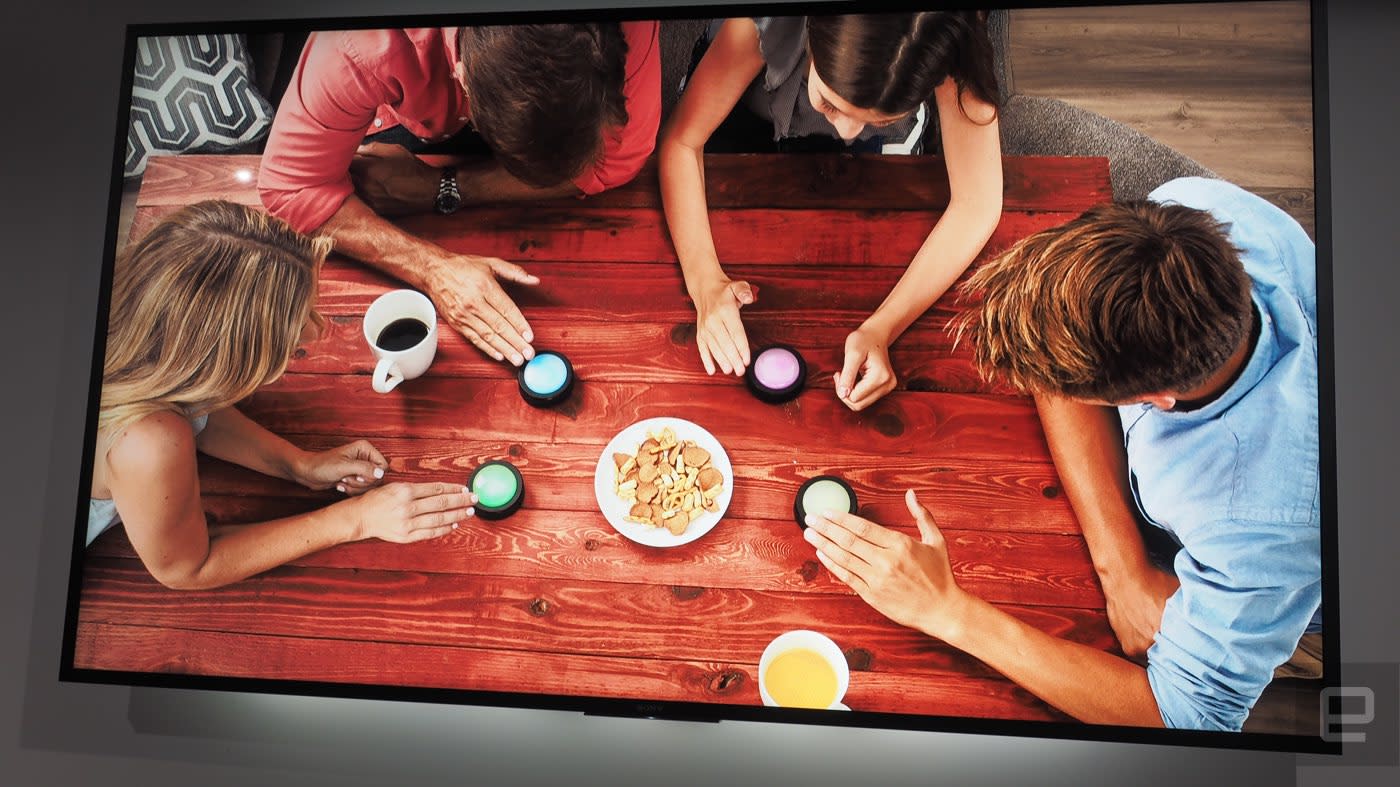 Amazon's Echo has long let you play little voice-driven games. And at an event today, the company just released an oddball new accessory to go along with the just-announced new Echo speaker. It's called the Echo Button, and it's a tiny Bluetooth remote of sorts that lets you "buzz in" and add a deeper experience to these games. Amazon is positioning this as a simple little gadget intended as more of a "stocking stuffer" than anything else (it comes out this holiday season).

If you've ever watched Jeopardy!, you know what we're talking about here -- the Echo can ask a question and you can then "buzz in" and answer before your teammates. While on stage, Amazon demoed a trivia-style game, and Hasbro confirmed that it is working on a version of Trivial Pursuit you can play with the Echo Button. Hasbro's using a new Echo API to build its game, so presumably other game-makers will follow suit before long.

The Echo Button will be available later this year and cost $20 for a pack of two. If you're the type of person who enjoys using the Echo for entertainment, this might be a worthwhile investment, but only if other games support it.

In this article: alexaevent2017, amazon, echo, echobutton, gear, home
All products recommended by Engadget are selected by our editorial team, independent of our parent company. Some of our stories include affiliate links. If you buy something through one of these links, we may earn an affiliate commission.