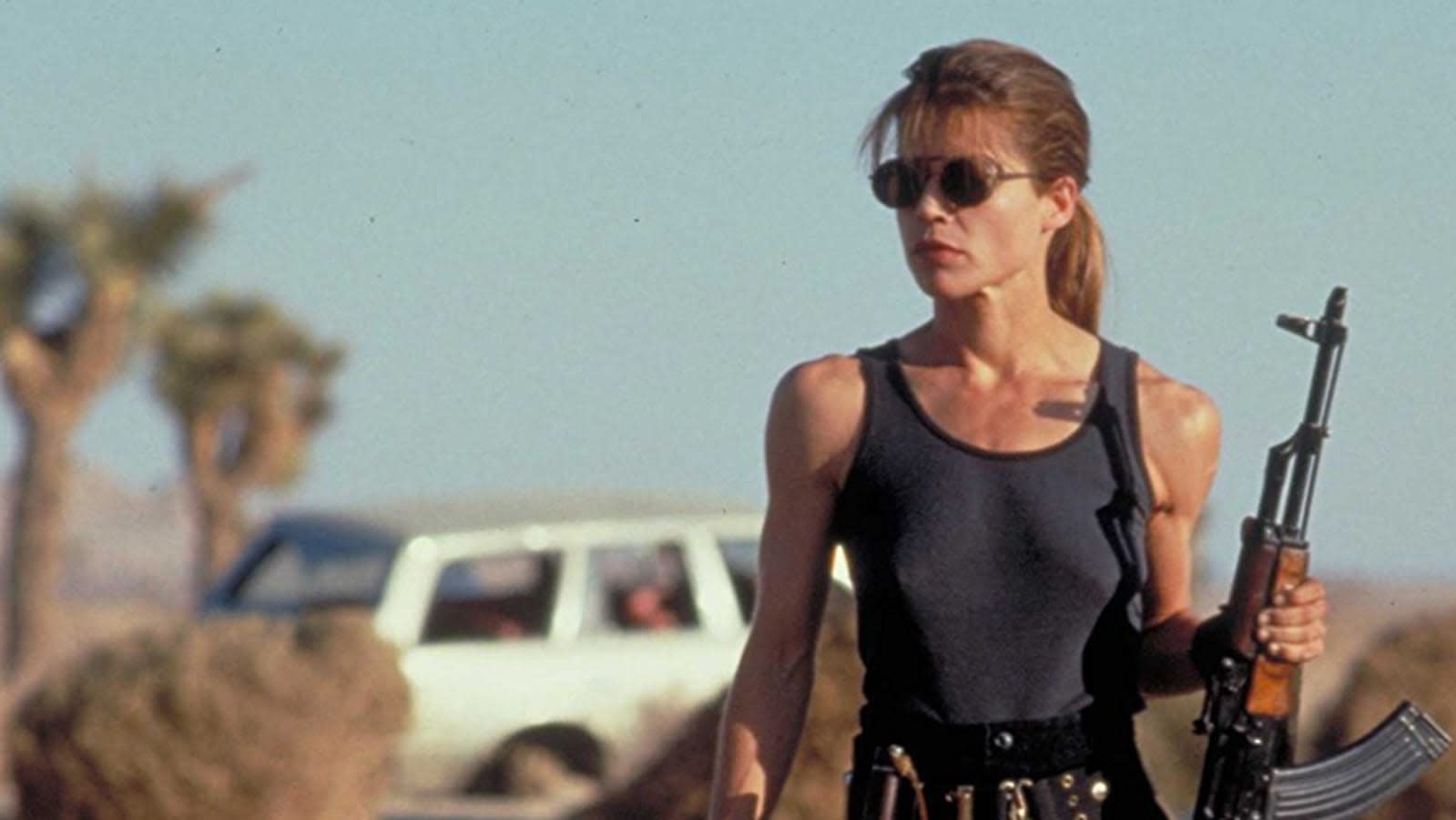 1984 marked the year that James Cameron, Arnold Schwarzenegger and Linda Hamilton became superstars with The Terminator. Thirty-three years later, all three of them are back for more in a sequel that Cameron has said will take place directly afterTerminator 2: Judgement Day, skipping all the sequels that have come out since then. The untitled sequel, with Deadpool's Tim Miller as director, is part of a planned trilogy and a July 26th, 2019 release.

According to an interview with Cameron and Miller over at The Hollywood Reporter, the team hopes to bring the Terminator series back to its roots, with a modern sensibility based on our collective anxiety around artificial intelligence. "What was science fiction in the '80s is now imminent," Cameron told THR. "It's coming over the horizon at us... The first two Terminator films that I did dealt with the angst around that and how we reconcile it for ourselves in a fantasy context. So I got excited about the idea of finding a story that made sense for now."

Miller agrees. "The [first] films are more relevant today than they were when he made them," he said during the interview. "A lot of it seems like prognostication because it's coming to be — the world we live in right now."

Still, it will be fascinating to see how the new movie(s) work with an aging cast. The most recent film in the franchise, Terminator: Genisys, used CGI-created Schwarzenegger as a much younger killer robot. Casting Linda Hamilton back in her original role is also a statement in itself. "There are certainly plenty of 50-, 60-, 70-something guys out there that just keep cranking along doing action movies and killing bad guys left and right," Cameron told THR. "But there isn't an example of that for women, and I think there should be."

In this article: ArnoldSchwarzenegger, av, entertainment, films, JamesCameron, LindaHamilton, robots, sequel, TheTerminator
All products recommended by Engadget are selected by our editorial team, independent of our parent company. Some of our stories include affiliate links. If you buy something through one of these links, we may earn an affiliate commission.